M&C Saatchi has posted strong profit and revenue growth for the first half of 2014, with the advertising and marketing company declaring a 15% increase in its dividend to 1.40 pence, up from the 1.21 pence it declared last year. The profits have been boosted by new account wins (the likes of Land Rover and John Lewis) and work in the UK and US, where accounts such as the “Better Together” Scottish independence campaign and the US firm behind “Ugg Boots” must have helped immeasurably. These strong first-half results mean the company is even more confident about a successful full-year outcome, especially considering pre-tax earnings climbed to £13.4 million from £1.76 million a year ago. Net profit for the period improved to 11.07 million pounds from 1.29 million pounds last year. Earnings per share grew to 14.89 pence from 0.85 pence, while headline earnings per share rose to 7.52 pence from 6.00 pence last year. Half yearly revenues grew to 82.6 million pounds from 80.1 million pounds a year ago with like-for-like revenues rising 11 percent.

These strong first-half results mean the company is even more confident about a successful full-year outcome, especially considering pre-tax earnings climbed to £13.4 million from £1.76 million a year ago

Chief executive David Kershaw believes the company's success is “Based upon a combination of new business wins” in their core operations and a “Growing contribution” from their developing new businesses. He also suggests that most of these businesses have yet to reach their full potential, and he anticipates “Even better returns in 2015.” This would suggest that Kershaw is referring to the group's mobile, sport and entertainment ventures, which have been exported over seas in recent years, and the international rollout of M&C Saatchi PR. Chris Hides, managing director at M&C Saatchi PR seems to agree. He said his division is making a “Very good contribution to the overall group figures” and that they are “Pretty much on track,” with a consistent year-on-year growth since they launched in 2010. 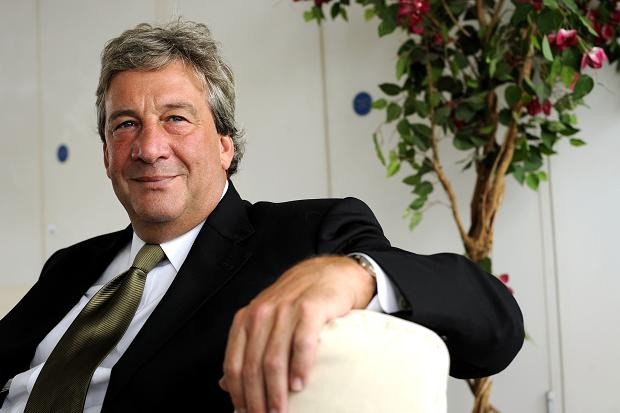 By far the stand out performer for the company (at least in terms of revenue) has been the Americas, which posted a staggering 57% increase in like-for-like revenue. Operating profits in the Middle East and Africa have also been climbing, however, with like-for-like revenue up 11%, boosted by a number of business wins such as PepsiCo and Deloitte Consulting. Revenue in Asia and Australasia, however, fell by 3%, following the loss of a big account. Revenue growth of 17% in the UK, meanwhile, is said to have been driven by a strong performance from its CRM and mobile operations, while like-for-like revenue growth of 14% in Europe was buoyed by strong trading in Stockholm, Germany and Italy.

M&C Saatchi's shareholders of record will be paid the dividend of 1.40 pence per share on Friday, November 14th, representing a yield of 0.5%. The ex-dividend date is Thursday, October 30th. On a related note, analysts at Numis Securities Ltd upgraded shares of M&C Saatchi Plc to a “Buy” rating in a research note on Thursday, September 4th. They now have a 369 pence price target on the stock.