Finalists announced for the 2017 FDM Everywoman in Technology Awards

The finalists for the seventh annual FDM everywoman in Technology Awards, which celebrates women that are changing the face of technology in the UK, have been announced this week. From entrepreneurs and engineers driving the business agenda to students and academics raising the profile of science and technology subjects, the 33 finalists were handpicked from hundreds of entries by a panel of some of the UK’s most senior technology leaders. They were singled out for their career achievements to date and potential for growth as well as for their commitment to actively support others in the sector, both inside and outside of their organisation. The winners will be announced at a ceremony on 9 February at the London Hilton on Park Lane.

Since the awards launched in 2011 there have been major strides made by the technology sector in female engagement. In the past two years alone we have seen a 25% increase in the number of women holding management roles in STEM industries. This is great news for tech but the challenge doesn’t stop there. Digital employment requirements are anticipated to increase by 5.4% by 2020, thereby providing numerous career opportunities across multiple fields. A recent study published by the Organisation for Economic Co-operation and Development (OECD) found that younger girls still lack confidence to pursue careers in technology after studying STEM subjects at school, which is considered one of the key reasons for the ongoing gender gap in STEM industries. The FDM everywoman in Technology Awards plays an important role inspiring girls and young women to excel in STEM subjects continuing beyond their studies and into long-term careers choices across the technology sector.

Rising Star Award - sponsored by T-Systems. This is awarded to a woman aged under 26 who is excelling in her technology career, making a valuable contribution to her organisation.

Team Leader Award – sponsored by Bank of America Merrill Lynch: This is awarded to a woman whose team leadership has greatly contributed to the organisation’s success. She is leading a team of up to 100 employees.

Software Engineer Award -sponsored by American Express. This is awarded to a woman who has made a significant difference to the art of software engineering. She has built something new, shifted the art of the possible and is moving the profession forward.

The One to Watch Award - sponsored by CA Technologies. This is awarded to an individual aged under 20 who is actively encouraging girls to study STEM subjects at school-level. This award seeks to identify young game-changers and is open to inspirational students or apprentices.

Leader Award - sponsored by BP. This is awarded to the woman operating in a senior technology role within her organisation. She will be making a contribution to the strategic direction of the business. She is leading a team of over 100 employees.

Academic Award - sponsored by Dell. This is awarded to a woman in academia who has made an outstanding contribution to technology and science and whose work has made or has the potential to make a significant long-term impact in STEM. This could include using technology to enhance and support research and teaching, achieving technological breakthroughs or leveraging one’s position to significantly encourage more talent into stem subjects.

Start-up Founder of the Year Award - sponsored by Barclays. This is awarded to the most inspirational female founder of a start-up business (under 18 months old).

Innovator Award - sponsored by Equiniti. This is awarded to a woman designing, developing, researching, implementing or being exceptionally creative with technology in an unconventional and innovative way.

Entrepreneur Award - sponsored by Arm Holdings. This is awarded to an owner/operator of a technology business whose vision and talent will inspire others to start their own technology related venture.

Digital Star Award - sponsored by CGI. This is awarded to a woman who is excelling in a digital role. This could include innovative digital content, social media, web development or developing online solutions.

Inspiration Award - sponsored by VMware. This is awarded to an individual, male or female, for their active commitment to encouraging, advancing, sponsoring or championing the progress of women working in technology. 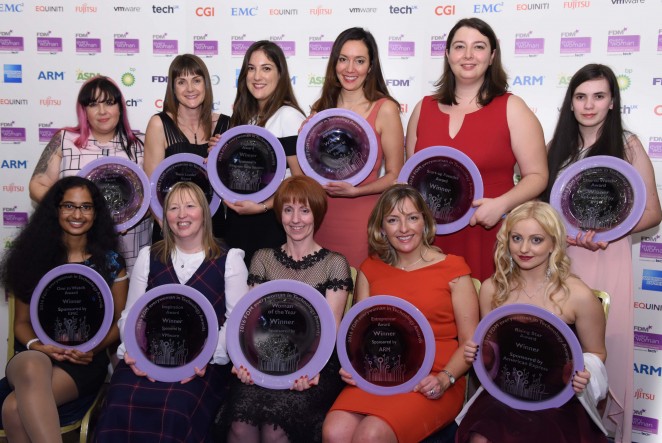 Maxine Benson MBE, co-founder of everywoman, said: “Seven years ago we began to showcase the exceptional women working in technology in response to the industry’s concern over a lack of female talent and role models. Today we are delighted to see the gender divide closing, but despite this our Awards continue to play an important part in celebrating role models at every stage of the journey from students up to senior leaders. The calibre and quality of this year’s nominations was impressive with all those nominated demonstrating a commitment to making a difference not only within their organisations but within local communities, schools and the future of the technology sector.”

Sheila Flavell, Chief Operating Officer of title sponsor FDM Group, said: “FDM is delighted to be sponsoring the everywoman in Technology Awards 2017 for the fifth consecutive year. FDM takes pride in being an award-winning company that champions diversity in the workplace and leads by example with circa 50% of the senior management team being women. We are committed to driving gender diversity in the workplace and encouraging more women to pursue rewarding careers in technology and STEM. The FDM everywoman in Technology Awards provide tangible examples of successful women in IT to encourage the next generation, which supports our core purpose to create and inspire exciting careers that shape our digital future. We are proud to continue supporting these awards and look forward to celebrating more female tech talent throughout years to come”

Julian David, CEO of techUK, added: “techUK is proud to support the FDM everywoman in Technology Awards for the third year running. The digital skills gap is one of the most urgent policy challenges facing the UK - without enough talented workers, the UK will fall short of its potential in supercharging its already successful digital industry. In particular, we need to encourage women to enter and thrive in the tech industry at all levels. That way we become more robust, more competitive and more innovative. Through targeted action, techUK is committed to facilitate the attraction and retention of talent from as broad a demographic as possible to increase diversity within the tech sector.” 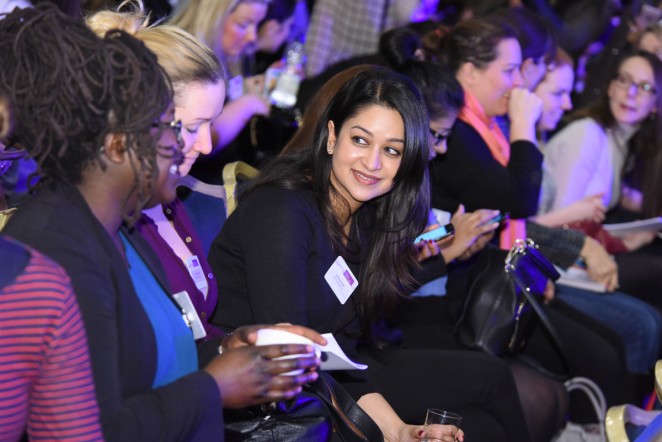 The 2017 FDM everywoman in Technology Awards ceremony and dinner will take place on 9 February 2017 at the London Hilton on Park Lane preceded by the everywoman Advancing Women in Technology Forum supported by Dell and Worldpay - the largest UK forum for men and women in technology - a day of inspiration, learning and development, bringing together over 600 women who are aspiring to advance their careers or become future leaders. A growing body of research demonstrates that gender-balanced teams produce better outcomes and create a more sustainable future for an organisation’s entire workforce, with a direct and positive impact on the bottom line. The forum is attended by both men and women and is an ideal fit for female and male managers who are looking to develop teams of gender balance and productivity. From communicating in a virtual world and the value of mindful leadership, to the importance of risk-taking in innovation and how to future-proof your career, the forum provides a much-needed opportunity for women at every level to give their career the attention it deserves.