Yesterday (November 10) Fallout 4 was released to its adoring public and my social life for the next fortnight took a tragic blow. Personally I'm only a few hours in thus far, but I can already quite say it offers everything the series' fans have come to love about it (faults included). Everything from the glitchy but satisfying as hell VATS system to the convoluted introduction and the tongue-in-cheek dialogue is present and correct, only this time it looks absolutely beautiful. The end of the world has never looked better. 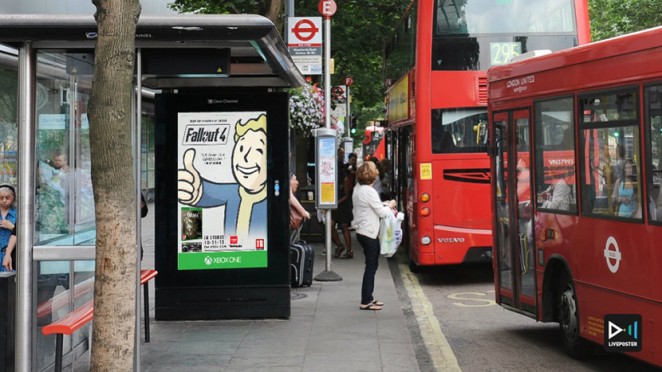 Considering the game's undeniable quality (near-perfect scores pretty much across the board) and the unbelievable hype built up around it over the past few weeks (my Facebook feed has consisted of little else), it would seem that any advertising campaign would be largely superfluous. That hasn't stopped developers Bethesda from splashing out on some rather elaborate TV spots and blanket press coverage though. There's also been a spate of recent unique activations such as Carlsberg's official Fallout Beer (which it has to be said tasted like beer-flavoured water) in the UK, to a campaign launched through online dating app Tinder (really). The way the game was announced was a pure stroke of genius too, with an online countdown leading to the game's first trailer leaked in the weeks leading up to E3 this June. Whilst the flashy ads, full-page magazine pieces and online banner ads are to be expected though, there's also an incredibly original Out of Home campaign being launched in the UK that really reflects the game's dry humour and pioneering spirit.

Posterscope and Target Media worked with Locomizer and Clear Channel UK to develop this pioneering OOH campaign, which uses social tracking on Twitter to influence the distribution of their OOH communications. The campaign, which is the first of its kind for a gaming client in the UK, sees Posterscope integrate its audience optimisation tool “Planner,” with Locomizer’s audience discovery engine, to deliver hyper-targeted OOH advertising. The discovery engine uses really rather clever geo-behavioural, user-interest profiling technology to understand where and how audiences interact in the social space, highlighting key hotspots around the UK where consumers are discussing the game whilst out and about. Using the social geo-behavioural data, Posterscope has been able to work closely with Clear Channel UK to optimise the distribution of the broadcast element of their campaign, overlaying Locomizer’s social hot spots with OOH sites through the Planner platform. 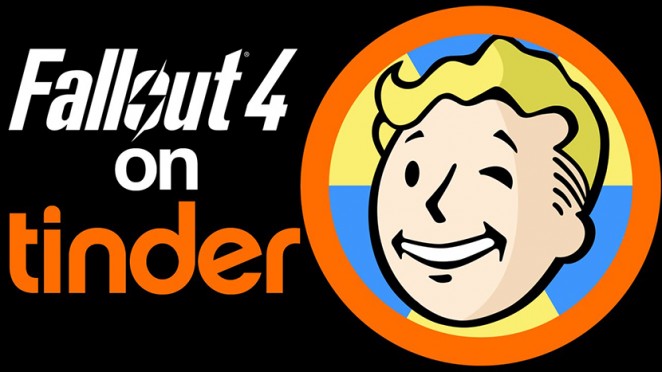 Dan Carey, business director at Posterscope, said: “This is a fantastic evolution of data-driven behavioural targeting, and we are excited to be putting it into action for Bethesda. The Locomizer platform offers a unique opportunity to target consumers out of home which, by giving us an understanding of social behaviour, will give brands the potential to influence consumer’s actions in both the physical and online space.” Tom Wallace, AD from Target Media, added: “We are delighted to be collaborating with Posterscope and Clear Channel on such an innovative campaign. Posterscope’s data will enable us to gain increased cut-through and interaction for Bethesda within our key target audience. This is especially important during the pre-Christmas period within the gaming sector, where a number of other competitors are also active in the OOH space.”

So it all effectively amounts to using social media to track potential buyers and deliver the final blow. Genius. In all seriousness though, Bethesda have not put a foot wrong with the marketing behind their latest opus. Marketers everywhere could learn a thing or two about building buzz through genuine anticipation and leveraging the quality and fan base of a product to do the hard work for them. Now, if you'll excuse me, I have a few more camps to raid and a suit of power armour with my name on it! See you in the wasteland folks! 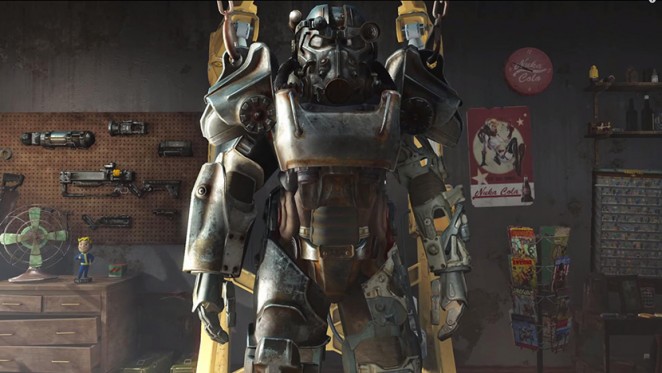 Benjamin Hiorns is a freelance writer, struggling musician and unapologetic Fallout fan boy (yes he got the Pip-Boy edition) whose friends probably won't be seeing much of him in the lead up to Christmas.

Yeah! Neato. A nice accolade: Fallout 4 overtook GTA V as the (non-Valve) game with the most concurrent users on Steam on its first day.