Apple Music is here. Unveiled on Monday, the new music streaming surface comes hot on the heels of Jay Z’s own venture Tidal and stalwart Spotify. Apple Music will be launched on June 30, in more than 100 countries... And they needed to do it. Once Apple dominated the music market. But as paid downloads are in decline, and more people are looking to streaming services for their aural hits, Apple are making big moves to grab a piece of the pie. Oh, and Drake wore a vintage Apple jacket. Which maybe says it all?

The service combines Apple’s own huge library of songs with human-powered Internet stations and recommendation engines. A square aim at Spotify then. They’re even matching them on price points (something Tidal refused to do) and charging $9.99 a month. There’s no free version, but as Spotify have noted themselves – free isn’t always the best model. Getting people over the hump to actually pay proves difficult. Only 15% of Spotify’s 60 million subscribers pay (although they dominate 85% of the market). This numbers game might all sound well and good, but as Gizmodo pointed out, it's hardly as exciting or as game-changing as iTunes once was. At this point, Apple Music is playing a catch up game. And Drake wore a vintage Apple jacket (no really, he did).

In fact, to play catch up, Apple Music is going hard. Overall,they hope to attract 100 million app users. It’s this ambition that has prompted them to launch an Android version. And if they lure and convert Spotify’s paid users, suddenly that 85% could start to dwindle fast. Apple has the hardware too. Upgrading to iOS 8.4? Well, you’ll automatically get Apple Music installed. And that’s gotta be a slightly better prospect than a U2 album (or at least, you can choose to listen to Bono, if that’s what you really want). Venturebeat quoted Sony Music CEO Doug Morris saying "My guess is that Apple will promote this like crazy and I think that will have a halo effect on the streaming business… A rising tide will lift all boats… It’s the beginning of an amazing moment for our industry". He widely enthused that this could be the tipping point for streaming services, maybe even a little lifeline to Tidal (whose valuation is sure to go up). 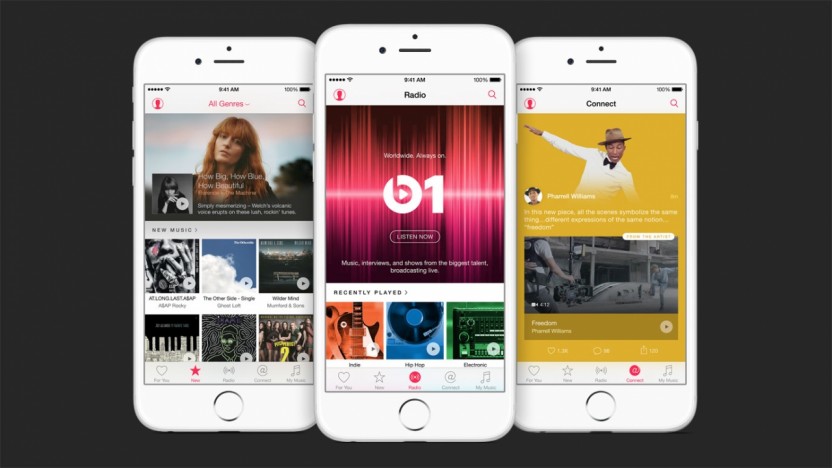 But, we might have mentioned earlier, the biggest buzz of the announcement comes from a trick that Apple have obviously learnt from Tidal. Star power can turn heads. Especially if it’s a Drake fashion statement. In fact, Drake was one of the only big music names not to appear in the ill-fated Tidal launch. Turns out the ever-memeable hip-hop star was supporting Apple Music all along. And it wasn’t the prospect of a new streaming service that set Twitter going. It was Drake's vintage old-school varsity jacket. 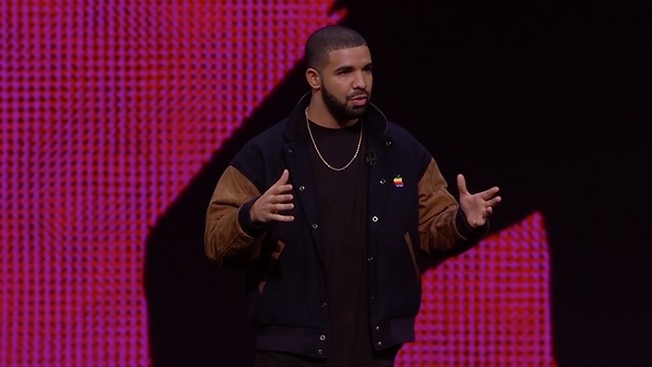