Keith Smith, the international president of TBWA, announced earlier this week that Dave King was to be appointed as chief creative officer at Whybin\TBWA New Zealand. King will be joining the Auckland-based team in July, replacing Toby Talbot, who is leaving the agency to take a creative chief officer role at DDB Sydney. King himself joins Whybin\TBWA from M&C Saatchi New Zealand, a troubled agency which will close its doors in July when King departs.

King will be joining the Auckland-based team in July, replacing Toby Talbot, who is leaving the agency to take a creative chief officer role at DDB Sydney

King has forged a real name for himself over the past decade, and is now renowned as one of the most successful, integrated creative leaders in the Australasian region. His career has spanned digital, direct and above-the-line work, and is one of the most-awarded creative leaders in not only Australia, but the world. Indeed, in both 2007 and 2008 he was named as such by The Won Report. King was also awarded the 2011 Irving Wunderman award at the Caples Awards in New York, and has 14 Cannes Lions and over 30 Caples awards under his belt, and that's before we even mention the countless accolades he's won at various regional awards in both Australia and New Zealand. 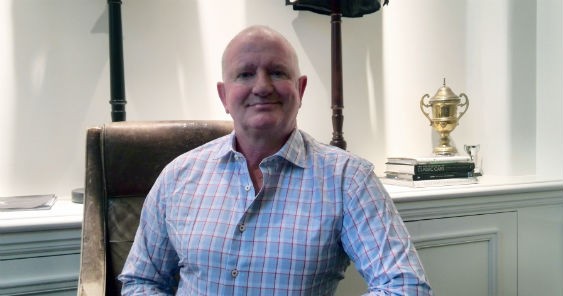 Smith says that he his delighted that King is in a position to be able to join their “Growing team in New Zealand at this time," and believes that the new Whybin\TBWA CCO is “One of the rare creatives that can move seamlessly between media types.” He says that King is perfectly suited to lead the agency “In it's push to create brand-aligned content across a broader range of customer channels."   He calls King a “Modern age creative mind,” in that he is “Media-neutral, very savvy, and an excellent mentor.” He believes that King is “The ideal fit for Whybin\TBWA”, because as well as his unique creative mind, he also possesses “A formidable reputation for developing talent and for producing work that is highly effective."

“Dave (King) is one of the rare creatives that can move seamlessly between media types and is perfectly suited to lead Whybin\TBWA” Keith Smith, TBWA International President

Todd McLeay, the chief executive officer at the agency, is also excited for King to join the team. He says that he can't wait to start working with King, “Because he truly understands the new marketing order.” McLeay believes that advertising agencies shouldn't “Be in the business of creating narrow ranges of highly crafted media productions and expecting them alone to do the job for the brand," and feels that King is a great fit for the team due to his excellent track record and way of thinking.” He finishes by underlining that the agency is moving past optimising media placement, “To build a business model that optimises content itself, and this requires a different way of thinking,” which is why King is a such a great fit for the team.