The FIFA World Cup creates some pretty valuable opportunities for advertisers. TV coverage of its matches attracts gigantic audiences across the world (about 3.5 billion people viewing at home in more than 200 countries) during a season when TV audiences are typically at their annual low point. As well as producing major audiences, the World Cup disproportionately attracts people who are hard to reach on television: young, upmarket and mobile consumers who are more likely to spend their time outside the home and adopt the latest media technologies. For brands, the World Cup offers a unique opportunity to reach these consumers during shared public occasions they are emotionally involved in. And that's before we even start on social media.

Whilst the 2018 FIFA World Cup appears not to have penetrated popular culture with quite as much fervour as in recent years (it undoubtedly has something to do with the controversy surrounding the host nation), according to new research conducted by Zenith, the tournament is still set to add £40 million to the UK advertising market in 2018 and a whopping $2.4 billion globally. So there's a lot to discuss when it comes to the biggest sporting event in the world and the industry that makes it look good.

Players are now the most powerful brands in football

Football has evolved and social media has played a huge part in the evolution of the beautiful game. Armchair fans now tweet every controversial moment in a game, clubs now announce new signings on Instagram and players can now engage directly with millions of fans across the globe on a daily basis. This has allowed players to become the most powerful brands in football. Clubs now perform a different function to years gone by and are now trying to communicate with a broad fanbase providing news and information in a very 'broadcast' manner. In contrast, players are showcasing their lifestyle, fashion, training regime, and details of their life to fans on a daily basis through Instagram stories and more.

Premier League playing squads are now more than twice as powerful as clubs. The average playing squad has 46.42 million fans compared with the average official club accounts, which have 19.5 million fans. On the primary channel, Instagram, the aggregate following of the 20 most followed players in each of the 20 Premier League clubs reaches a total of 361.2 million followers, almost 6 times as many as the official social media channels of the Top 20 clubs which only amass 62.6 million. Players are using Instagram and other channels to build vast audiences through their personal content creation and driving valuable conversation with fans.

Digital adspend is a reflection of our changing media

The World Cup has always had a huge impact on the global and UK advertising market, which is why we expect it to boost UK adspend by £40m. Digital adspend in the UK will benefit from one of the biggest proportionate increases in the world, which is a reflection of our changing media consumption as a nation. Albeit, the biggest single factor influencing the accuracy of this forecast is the hardest to predict; how long England last in the tournament.

Are brands spending wisely to reach their next billion customers?

While brands are hedging their bets on the World Cup by boosting adspend by $2.4bn this year to connect with the estimated 3.2bn people who’ll watch the sporting spectacle, are they truly making the best bang-for-buck from the opportunity of global exposure? Looking at the qualified nations, around a third of the 32 country participants come from what can be termed as high growth emerging markets – including Nigeria, Morocco and Egypt. Unfortunately, poorly-construed marketing strategies from global brands targeting these markets remain commonplace as brands sloppily copy-and-paste ads appropriate for America and apply them globally. This is due to poor local knowledge and results in a missed opportunity of what the World Cup offers: to reach their next billion customers.

Intriguingly, this World Cup’s opening game between Russia and Muslim-majority Saudi Arabia coincides with the last Iftar – the breaking of fast – of Ramadan and the beginning of the three-day Eid al-Fitr celebrations. In the Middle East, brands like Vimto - whose Ramadan ads are the equivalent to Coca-Cola’s Christmas ad - have become a mainstay on the dining table during the Iftar ritual through impeccable marketing. So how might sponsorship of Egypt’s Mo Salah benefit brands looking to make headway in the markets where the mercurial talisman is a regional icon as much as global superstar?

Many millions more may rightfully feel they’ve been red-carded by brands who forget that country participation is not the best benchmark for brand impact. For example, the absence of China hasn’t stopped its smartphone giant Vivo from launching a major ad campaign. Likewise, Bangladesh ranked at 194 out of 207 is hardly a footballing behemoth, but its 163m fervent football fans suggests marketing to Bangladeshis isn’t to be kicked into touch. The World Cup therefore provides a fantastic opportunity for brands that execute shrewd sponsorship and advertising strategies that connect with new audiences and, perhaps, create or become part of new rituals for years to come. But they need to think cleverly about how to incorporate the needs, wants and tastes into their sponsorship and advertising strategies if this is to be truly the bumper season intended. 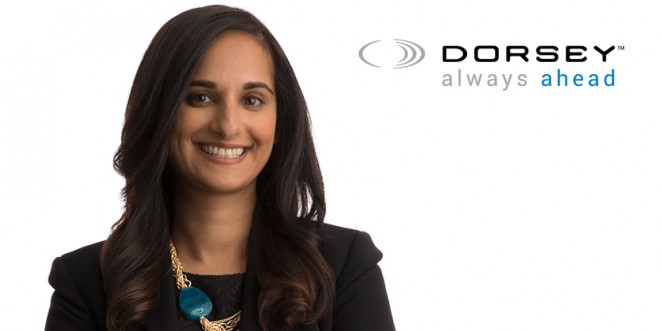 The legal implications of marketing ad the World Cup

FIFA has its own list of Do’s and Don’ts for marketers with examples to help guide businesses against unauthorised use of FIFA’s trademarks and association with the World Cup. In comparison to the International Olympic Committee, FIFA appears to be a bit softer in its approach. In particular, FIFA has stated that its “approach to brand protection focuses on education and guidance, rather than enforcement by means of legal threats and sanctions,”

FIFA encourages the use of general football or country-related promotions, but marketers still need to consider other issues including rights of publicity, potential copyright issues and commercial use prohibitions related to flags. There is a seldom (if ever) enforced section of the US code that prohibits the use of the US flag for advertising purposes. It also states that the flag “should not be embroidered on such articles as cushions or handkerchiefs and the like, printed or otherwise impressed on paper napkins or boxes or anything that is designed for temporary use and discard. Advertising signs should not be fastened to a staff or halyard from which the flag is flown.”

In addition, it states that “No part of the flag should ever be used as a costume or athletic uniform. However, a flag patch may be affixed to the uniform of military personnel, firemen, policemen, and members of patriotic organisations. The flag represents a living country and is itself considered a living thing. Therefore, the lapel flag pin being a replica, should be worn on the left lapel near the heart.” 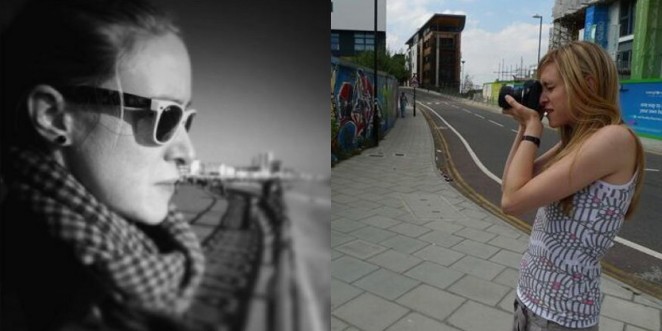 Let's celebrate something that unites us

You wouldn’t think a cup of tea could be profound, but I’ve recently been working on some moving spots that show how a cuppa can help people find common ground; something as simple as hot tea can provide a quiet moment for people with differences, whether cultural or lifestyle, to share a connection and understanding. This has got me thinking: while we as an industry talk so passionately about diversity and embracing our differences, what about celebrating, beyond tea, the things that unite us?

In a matter of days, The FIFA World Cup kicks off, and I’m excited. It’s the same for me every four years: I buy the official shirt, I wear it when England is playing, I become momentarily one of the lads bantering down the pub. But I’m not a massive football fan. I’m not even a football fan, really; I never watch it at any other time. I’m a fan of feeling a part of something that everyone else across the world is a part of too. And I’m not the only fair weather football supporter: in Europe, for example, just a quarter of the online population watches Premier League football, but this audience will almost double during the World Cup.

Sport has this incredible power to unite people, allowing them to cross divides and build a bond. Football especially provides a universal language that can connect people across cultural, national, and social boundaries. People are ridiculously passionate about football. It’s no wonder every time The World Cup comes around again we see so many brands beginning to ramp up to the tournament months in advance, building on that passion, capitalising on the world stage and endorsements it provides – except, that is, this year.

With both the tarnished reputation of FIFA and geopolitical events tied to Russia looming over the competition, major brands have been slow to commit to sponsorship and wary of rushing in with their plans – some even pulling out altogether. Only in recent weeks have I seen signs of major activity: from Gatorade’s play on club rivals, to Budweiser’s drone delivery spot, Coca Cola’s tour of fans ‘being ready’ around the world, and Umbro’s anthem.

But here’s the thing: over 185 different ethnic groups call Russia home. It’s a place where east meets west. It’s incredibly diverse. As a nation, it has its political controversies, but the stage is set for a uniquely modern opportunity brands can tap into: reaching and uniting a multicultural and global audience through a shared experience. With the difference in time zones, most people across the world won’t be watching the matches live, but will instead be going online when they can to catch up through social updates, highlights, and snackable content, making social media a dominant force – another force, in fact, that connects this worldwide audience. Double bubble, then.

Fans, whether stalwart football obsessives or World Cup tourists like me, will look past the politics, beyond the controversies, in search of the one thing that makes the great game so beautiful: heart. For those that talk about boycotting this year’s events in Russia, for the brands bowing out, I feel sad: they’re missing the point. The World Cup is an opportunity to bring more people together for a shared moment on common ground than any other event in the world.

An interview with John McKenna

The 2018 World Cup in Advertising