The Creative Industries Federation has published its official Brexit Report, which features an in-depth analysis of red-line issues for the government as it negotiates leaving the EU. The report includes recommendations, agreed jointly by the Federation and industry members of the Creative Industries Council, aimed at tackling short-term challenges and securing longer-term success for the fast-growing creative industries sector as the UK negotiates leaving the EU.

The 73-page document was presented to Karen Bradley, Secretary of State for Culture, Media and Sport, and draws on evidence from around 500 contributors at 11 meetings held by the Federation nationwide, as well as a members’ survey, to identify the opportunities as well as the dangers that policy and deal makers must consider in the Brexit process. It calls for the creative industries to be put at the heart of government thinking as the country develops its new industrial strategy, forges new international trade deals and tackles the fractures in society exposed by the referendum vote. 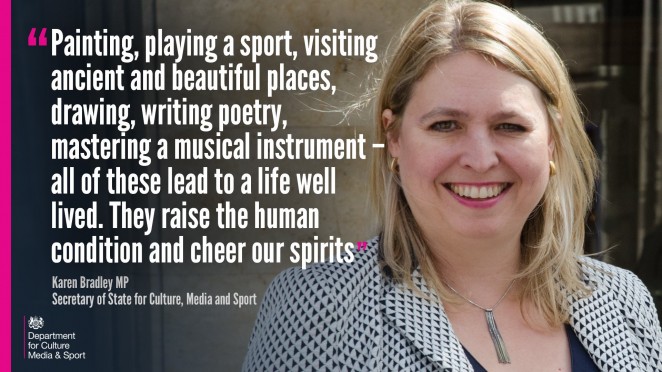 John Kampfner, the Federation’s CEO, said: “The challenge is to seize the opportunity sectors in the British economy and prioritise them in future trade deals and in the new industrial strategy. The creative industries are a massive opportunity for the UK government. This is the fastest growing sector of the UK economy and includes all the things that Britain is famous for - from our music to our films, television and heritage. We want to work with government to safeguard the jobs, the revenues and the prestige the creative sector offers. While the political circumstances are constantly changing, this report produces initial recommendations and explains how the UK’s creative sector currently engages with the EU so that sensible decisions can be made.”

The Federation believes that Brexit offers the chance to tackle some existing problems. It creates an opportunity to:

But there are risks both to funding and investment and to the regulatory framework that underpins the creative economy. It is vital that the government:-

The consultation identified some immediate impacts including the effect of business uncertainty and the fall in sterling on planning and artists’ fees. A range of other concerns raised include:-

All of the federation members featured below have supported the case for action:-

Sir John Sorrell, designer, UK business ambassador and Federation founder and chair, said: “It has taken two decades and more to turn our creative industries from an afterthought to a key driver of wealth and global success. To imperil that would be to imperil our wider economy. That is why we need to be at the heart of the new government's industrial strategy and negotiating priorities in coming months.” 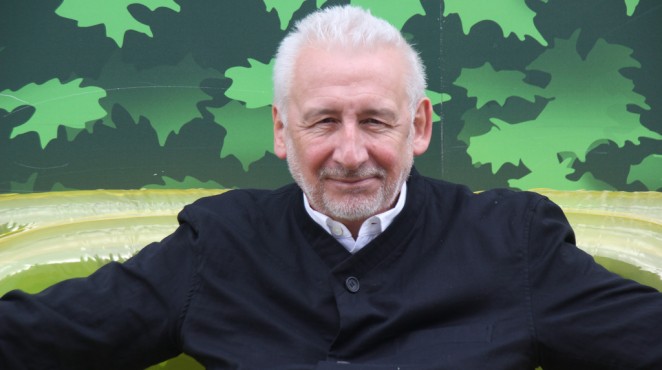 Baroness Lane-Fox, businesswoman and philanthropist, said: “Without great data and great analysis you can’t make great decisions. With so much at stake for our creative sectors in light of Brexit, we need this kind of work more than ever.”

Tom Weldon, chief executive, Penguin Random House UK, said: “We are still a long way from knowing what Brexit actually means, and it will be a true leadership challenge for the government to reconcile the public concern that has been expressed around topics such as immigration with the ongoing needs of business. For UK trade publishing, the four most important priorities post-Brexit are: keeping barriers to trade with the EU to an absolute minimum; strong copyright rules to encourage investment in the UK and to protect creators; ensuring publishers and businesses have access to the people and skills they need; and minimising business uncertainty.”

Amanda Nevill, chief executive, British Film Institute, said: “Film is a global business and the UK is a success story at its heart. We have this wonderful opportunity now to aspire to even greater heights of success, economically and creatively, if we can get the right framework for the future. In this time of change, film as one of the great arts has an important role in helping everyone engage with, imagine and shape a new future.”

Sir Nicholas Serota, director, Tate, said: “The success of Tate in recent years has depended very much on our ability to employ people from across the EU at all levels of the Gallery. For us, this is an essential ingredient in creating one of the world's great galleries. We attract significant numbers of international visitors and a staff with different kinds of cultural and educational experience helps us to understand what engages these audiences. As the government works out arrangements for the future, we would not want any artificial barriers erected which might make it harder for us to attract the skills that we need in order to serve our public well.”

Caroline Rush, chief executive, British Fashion Council, said: “One of the most important aspects of EU membership for the fashion industry is the access it gives us to a unique talent pool. Although home-grown talent is always encouraged and supported, the ability for international workers to be educated in the UK and to start businesses here gives us access to skills that are scarce, or in some cases no longer available in the UK workforce. This is essential to maintaining our enviable reputation as a global fashion hub.”

Jo Dipple, chief executive, UK Music, said: “The UK music business derives more than half its revenue from exports, to the tune of £2.2bn last year, so our future is dependent on securing favourable trading conditions with overseas territories. The government has limited time to understand business needs so it should use the Creative Industries Federation Brexit Report to inform decision-making which will affect our prospects for decades to come. So government, please read this document and make well-informed decisions on behalf of creative businesses in the UK.” 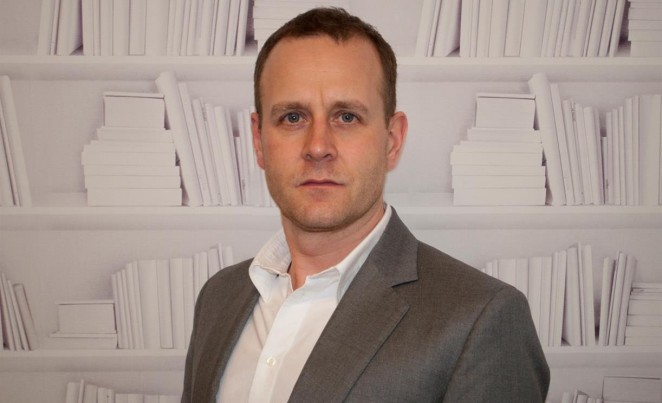 Chris Hirst, European and UK Group CEO, Havas, said: “The UK is one of the world’s leading centres of commercial creativity because it is a welcome home to the world's greatest creative talent, both the established and the new. Foreign-born talent doesn't deprive Brits of jobs, it make British creative talent better and thus creates jobs. At the same time it helps disseminate our ideas and creative product around the world. Any restriction on this impoverishes us all - in all senses of the word. We must continue to not just be delighted at the fusion of ideas and talents we find across our great nation, but ensure that we feel and sound like a place the best want to come to.”

Richard Johnston, chief executive, Endemol Shine UK, said: “There has never been a more critical time for the UK’s creative industries to come together and to make their voice heard. This insightful report brilliantly articulates crucial considerations which need to be taken into account at the highest levels of government if the UK creative industries are going to continue to thrive.”

Dave Moutrey, director and chief executive, HOME Manchester, said: “If the UK government wants to ensure that the growth of our economically and culturally important creative industries sector is not damaged by Brexit and, importantly, has a good chance of thriving in the future, I would urge them to act upon this clear set of crucial joint recommendations.”

There are also many more comments available from industry figures in the report, which can be read in full right HERE. 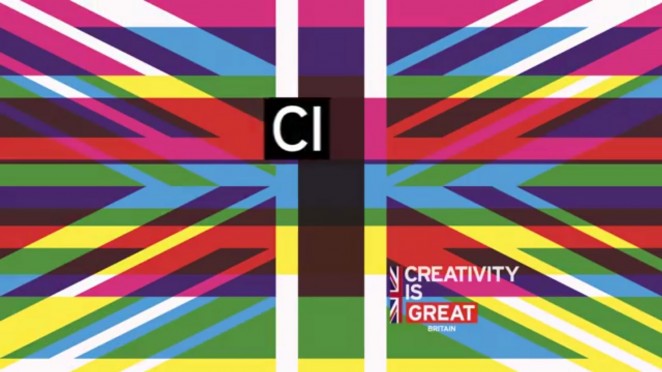 The collaboration between the Federation and CIC reflects the sector’s recognition of the crucial importance of coordination and coherence over Brexit. The Creative Industries Council is a joint forum between government and the creative industries and focuses on areas where there are barriers to growth. Council members are drawn from leading figures across the sector.

Nicola Mendelsohn, VP EMEA Facebook and co-industry chair of the CIC, said: “We have responded to the government’s request for input with an exciting and ambitious agenda for growth before, during and after Brexit. We are now ready to work with our partners in government to ensure the UK realises the full benefits of its world-class creative industries as we enter this new stage in our history.” 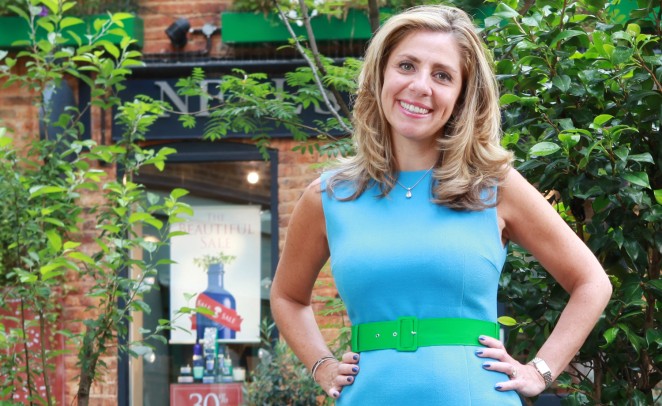 The creative industries are valued by government as worth £87.4bn GVA to the British economy. Exports of creative services from the UK totalled £19.8bn in 2014. New UK GDP statistics released today from the Office of National Statistics show that the creative industries have been a major source of growth since the EU referendum on June 23. The ONS figures on the transport, storage and communication sector grew more than any other part of the economy in the third quarter of 2016 with growth primarily driven by motion picture, video and TV programme production, sound recording and music publishing activities, and computer programming industries.