The Coen Brothers (Joel and Ethan to their mother) are arguably amongst the only true modern auteurs in American cinema, so the news that they were to direct an ad spot for Mercedes Benz to air during the Super Bowl came as something of a shock to cinematic snobs. Those same snobs, however, undoubtedly wouldn't have believed that Wes Anderson would direct a Christmas spot for H&M. Strange times right? The resulting ad is reliably cool, with a subtle, comedic atmosphere that heavily references the classic 1969 biker film “Easy Rider.” It even features the films star, Peter Fonda, and the iconic Steppenwolf song “Born to Be Wild, “ which was popularised in that acid-soaked masterpiece. The ad, dubbed “Easy Driver,” puts a modern twist on the Easy Rider mythos by portraying a group of ageing bikers at a bar. After a wonderfully wonky fight, the raucous group of bikers come to find that their Harleys have been blocked in by a rather attractive car. The agencies behind the spot are Merkley and Partners, which is the lead shop for Mercedes-Benz USA, and Antoni of Berlin, Germany, which handles the brand in Europe. The ad is part of Mercedes new strategy of giving more marketing attention to AMG, its sports car and high-performance sub brand.

AMG, which was started in 1967 by a couple of engineers in an old mill in Germany, shares the same founding decade as “Easy Rider.” Drew Slaven, VP of Marketing for Mercedes-Benz USA, said he does not expect viewers to immediately make that connection, but for the creative team, the chronology served as a definite inspiration. He explained: “Easy Rider was all about open air, the love of the drive and freedom as a the result of the machine you are on, and that to us set up a really nice parallel.” Of the AMG brand, he added: “We are now switching from AMG as a proof point for Mercedes-Benz performance to AMG as its own brand. It's still part of the Mercedes-Benz family, but what we're really beginning to do is put the AMG piece of it front and centre. The brand is known by performance drivers but not as much by a broader community, and that's why we went to the single best way to introduce it to a broader audience; the Super Bowl. Peter Fonda plays a critical piece of the storyline, and he's known as someone who still epitomises what it is to love driving performance and the open road. The Easy Rider component goes back 48 years, and we thought there was a nice parallel that was set up between that era and the beginnings of AMG.” 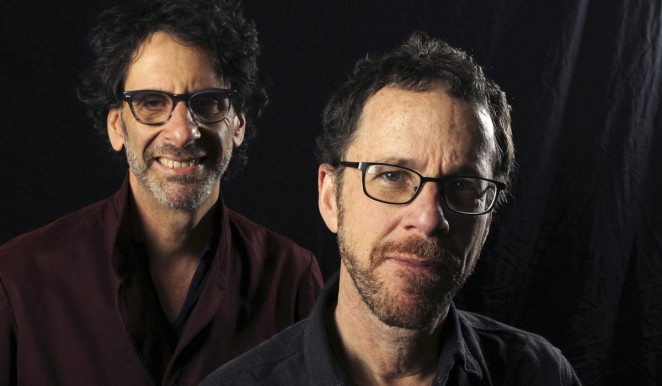 Asked how the Coen brothers (above) were lured in to directing the spot, Andy Hirsch, Chief Creative Officer at at Merkley, added: “They were excited that Peter Fonda was doing it too. It all came together. It was a great collaboration.” The brand released an extended cut of the ad today. In the game it will run as a 30-second spot in the fourth quarter.

“Real car aficionados know what an AMG is. What we are now doing is beginning a process of making AMG a brand in its own right and broadening that audience” Drew Slaven, VP of Marketing for Mercedes-Benz USA

Of course, when it comes to the Super Bowl, the big game is still more than a week away, so there's still plenty of time for more big news and name drops. So, if you can't get enough Super Bowl ad news, we have also featured a spate of Super Bowl spots in the Ads of the Week, and there is even more news to explore in my our Super Bowl 2017 Celebrity Endorsements and Super Bowl 51 Roundup pieces. So fill your boots people. Tis the season after all.