Cara Delevingne shows off her Lady Garden for TOPSHOP

TOPSHOP recently hosted a celebrity-studded event in partnership with the Gynaecological Cancer Fund, for the second annual “Lady Garden” campaign, which aims to raise awareness of the symptoms of gynaecological cancer. Organised by Halpern (the PR agency for The&Partnership) and talent agency The&Collective, the event took place at TOPSHOP’s flagship Oxford Street store last week. 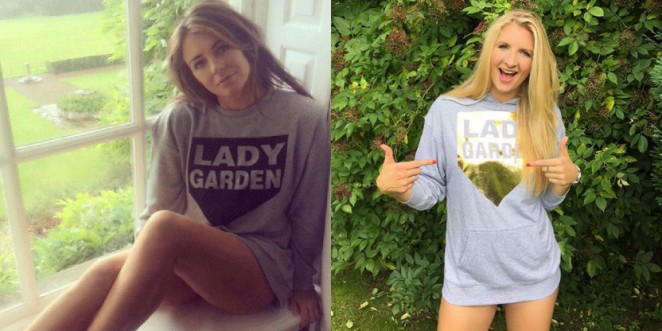 Attended by Chloe Delevingne, Mika Simmons, Tamara Beckwith Veroni and Jenny Halpern Prince, and with a DJ set from Laura Hayden, Vogue Williams and Amber Le Bon, the event marked the launch of a bespoke collection of Lady Garden comfort-wear created by Black Score designer Simeon Farrar and available at TOPSHOP stores and online. Priced at £28 per item, the collection will help raise funds for the Gynaecological Cancer Fund, with 30% from each sale going to the charity, which wants to encourage more women to open up about their gynaecological health.

Celebrities including Cara Delevingne, Mika Simmons, Elizabeth Hurley, Vogue Williams, Lisa Snowdon, Mel C and Rebecca Adlington have also this week taken to Instagram, Twitter and Facebook to share photos of themselves sporting the ‘Lady Garden’ hoodies and joggers, showing their support for the campaign. 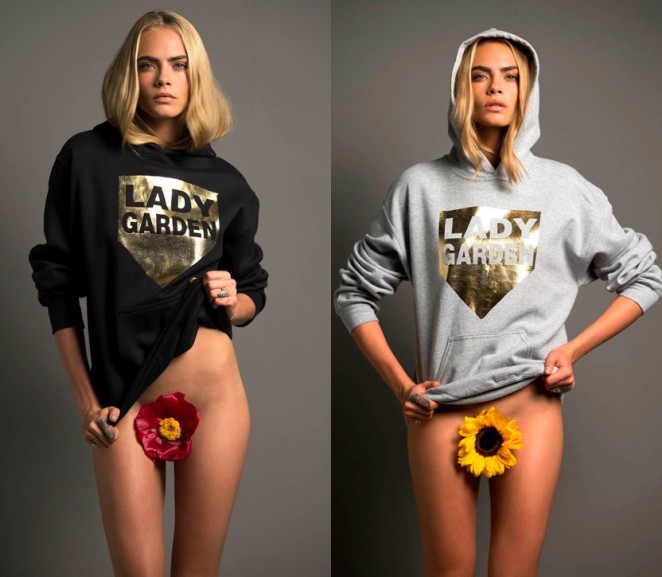 Jenny Halpern Prince, Founder of Halpern, The&Collective, and a founding member of the Gynaecological Cancer Fund committee, said: “Recent figures from the Gynaecological Cancer Fund show that a shocking 41% of women have still never discussed their gynaecological health with anyone, including a medical professional. The embarrassment and stigma surrounding gynaecological health desperately needs to end, and we’re proud to have brought together TOPSHOP, Simeon Farrar, Cara and so many highly influential, hugely admired women across the country to help make that happen.”

A report carried out by the Gynaecological Cancer Fund shows the 2015 campaign helped make a significant impact, with 81% of women becoming more aware of their own gynaecological health, and 59% becoming more aware of the symptoms of gynaecological cancer. This year’s Lady Garden campaign follows the success of last year’s debut campaign, which saw celebrities including Alexa Chung, Rosie Huntington Whiteley, Ellie Goulding, Charlotte Tilbury, Elizabeth Hurley and Emilia Fox take to Instagram to help raise awareness of the disease, reaching a combined audience of more than 40 million people in 24 hours. 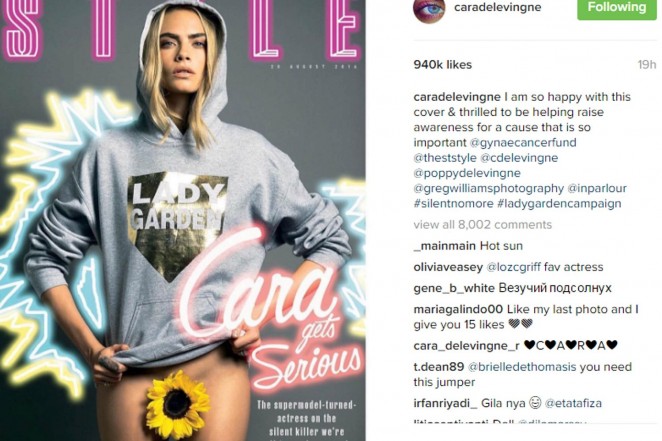