Car safety innovation designed by kids to save their parents

A new campaign from Volkswagen New Zealand and Colenso BBDO aims to answer the question; “Can a simple child's drawing make their parents drive safer?” The answer would appear to be a clear and resounding yes. Volkswagen, of course, has always been a family brand, and as a result, much of its advertising focus of late has been on safety. Whilst Volkswagens (and cars in general) are undoubtedly getting safer though, it is still driver behaviour (primarily speeding) that is the single biggest cause of crashes is and most significant factor in determining whether or not a crash will prove to be fatal.   It's a fact that dangerous decisions on the road occur due to momentary lapses in judgment, with our rational, responsible selves taking a backseat to the irrational person behind the wheel. The Volkswagen Reduce Speed Dial experiment, aims to disrupt driver behaviour at critical moments, and put a bit of rational thinking back into our driving.

A new campaign from Volkswagen New Zealand and Colenso BBDO aims to answer the question; “Can a simple child's drawing make their parents drive safer?” 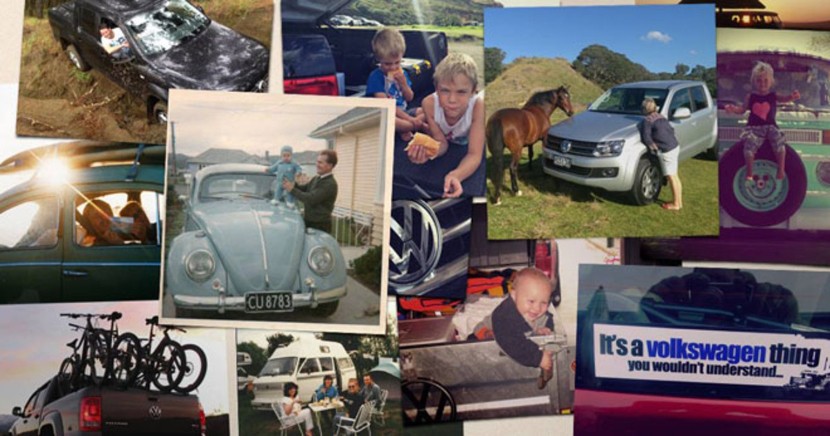 The controlled experiment was conducted by Colenso and FINCH and was directed by Luke Bouchier. Four families were supplied with Volkswagen Golfs, and unbeknown to the parents, a replacement panel was created for the speedometer. They followed all of the clarity and safety restrictions of a standard speedometer, but the dial was personally hand written by one of their children in colourful crayon. This simple, personal concept hoped to remind the parents exactly what it is they could be putting at risk at the exact moment they considered speeding.

The four families and their driving habits were tracked rigorously, in order for the team to understand the impact of the idea, and whether they could use it to effectively engineer safer drivers. The results showed that after fitting the personalised speedometer, one family had no recorded speed infringements, one family reduced their top speed by 19km/h from a max of 123km/h to a max of 104km/h , half of the drivers’ maximum speeds reduced and three out of the four drivers reduced their incidence of speeding in 100km/h zones by 50%. Overall, all of the families reduced their speed significantly in multiple driving scenarios.

Tom Ruddenklau, general manager at Volkswagen New Zealand, said: “With Volkswagen Group the biggest spending R&D company in the world, we focus on engineering safer cars year after year. But safety ratings don’t change driver behaviour – and there’s an opportunity for our brand to do our bit in trialling some things that may. It was a great opportunity to work with four Kiwi families to investigate a simple idea that may one day help us all.”   Nick Worthington, creative chairman at Colenso BBDO, added: “As with most problems we often overlook the most simple answer. We hope that the results from this early trial help to direct more focus on the cause of the vast majority of crashes – the driver. This has been an emotional process for everyone involved and we believe that having a simple reminder from a loved one in front us at the exact moment when you are thinking about speeding is a brilliant way to make people think about everything and everyone they have to live for.”