Last night at Cannes Lions, the winners of the Creative Data, Cyber, Direct, Mobile and Innovation Lions were announced, with big wins for DigitasLBi, David Miami, Dentsu and more prizes for the “meet Graham” campaign by Clemenger BBDO Melbourne.

Of the 19 gold Lions awarded in the Cyber category, three were for Clemenger BBDO (two for “Meet Graham”) and one for Droga5 New York, this time jointly with Under Armour. A further six US agencies picked up golds: 180LA, AKQA San Francisco, Barton F. Graf New York, Goodby Silverstein & Partners San Francisco, and J. Walter Thompson New York. There were also 12 silvers for US agencies: three for JWT New York, two each for Goodby Silverstein and BBDO New York, and one each for David Miami, Lyft HQ, The Martin Agency, Richmond, VML Kansas City, and We Are Unlimited Chicago. The results were disappointing for the UK contingent, however which managed just four Bronze Lions, and no Gold nor Silver. The bronzes went to Fallon London, for Skoda “Little bit of the tour,” Publicis London, for Heineken “Worlds apart,” Saatchi & Saatchi for Mattessons “The snacker hacker,” and Google Creative Lab for “Back to life in virtual reality: Rhomaleosaurus and Giraffatitan.”

The Direct Lions recognise “response-driven and relationship-building creativity.” From 2719 entries, 76 Lions were awarded, including 13 Gold, 21 Silver and 41 Bronze. “Google Home of the Whopper” by DAVID Miami for Burger King, took the Grand Prix. Jury President Ted Lim, Chief Creative Officer at Dentsu Brand Agencies, APAC, described it as “outstanding, outrageous and simply incredible.” The notorious contained a message designed to activate Google’s voice personal assistant, Home. The campaign also picked up a gold and a silver. The stunt generated some controversy after Burger King edited its own Wikipedia entry so that any activated Home devices would read a predetermined script. But the move appeared to backfire, after users of the site made their own, less favourable edits. The award comes a day after David and Burger King picked up the Print & Publishing Grand Prix for “Flame-grilled since 1954.” The brand is also this year’s Cannes Lions Creative Marketer of the Year.

There were four other golds for US agencies: two for McCann New York, for “Fearless girl”; one for Alma DDB, for the “Spanish Lessons” campaign for Netflix show Narcos; and one for CP&B Boulder, for Kraft Macaroni Cheese, “New and not improved. ”Four other US agencies won a silver each: FCB Chicago, McCann New York, Saatchi & Saatchi New York and 180LA. But just one of the 76 total awards went to a UK agency with Grey London picking up a Bronze Lion for its “Swear jar” for Comic Relief.

The Mobile Lions “celebrate device-driven creativity.” From 1297 entries, 68 Lions were awarded: 8 Gold, 24 Silver and 35 Bronze. “The Family Way” by Dentsu Y&R, Tokyo for Recruit Lifestyle took the Grand Prix. The agency created a sperm testing smartphone kit to shine the spotlight on Japanese infertility. Named “Seem,” the app was built on the insight that while 48% of cases of infertility the problem lies with the man, most Japanese men either automatically assume it is the woman's problem, or are ashamed to get tested. The idea behind the app was to create a test that could be used in private. Using a magnifying glass slide, the app uses the mobile phone's camera to analyse sperm count and motility. The agency claims that the kit is now Amazon Japan's top selling in the health category and that 33% of men who have used Seen seek medical treatment. Jury President Andy Hood, Head of Emerging Technologies at AKQA, explained that the best work has seen creatives offering solutions to some of the world’s biggest problems and the Grand Prix did just that. He explained: “It’s not just an award, it’s a statement of how we want the winning work to be and how technology can have a direct impact on people’s lives.”

This year, only a Silver and two Bronze Mobile Lions went to UK agencies. Saatchi & Saatchi London won a silver and a bronze for Direct Insurance's “Fleetlights,” a prototype of smartphone-controlled flying torch drones that provide light in the darkest parts of the UK. The remaining Bronze lion was won by Iris Worldwide London for “Adidas Neo Snapchat - #myneolabel.” US agencies earned two gold Lions, 11 silver Lions and 8 bronze Lions. The two gold Lions were won by B-Reel New York for the Official Gorillaz App, created to promote the new Gorillaz album and by David Miami once again for “Google Home of the Whopper” for Burger King.

The Creative Data Lions celebrate the “interplay of ideas and information, enhanced or driven by the creative use of data.” From 690 entries received, 38 Lions were awarded: 5 Gold, 11 Silver and 21 Bronze. The Grand Prix went to “Care Counts” for Whirlpool by DigitasLBi, Chicago. Lauded as a special piece of work, it exemplified a brand “moving from storytelling, to story doing,” according to Jury President Eric Salama, CEO of Kantar. In August last year, Digitas LBI and Whirlpool proposed that giving at-risk kids access to clean clothes would help them stay in school. The teams tried this idea by giving 17 schools in the US washers and dryers and found that this led to 90% of kids attending schools more often with 89% greater class participation. By gathering data linked to student IDs and the use of the machines, the Care Counts programme was able to directly link the washers to 90% of kids attending schools more often with 89% greater class participation. On 1 May this year, Whirlpool partnered with Teach for America to expand the programme to 60 total schools in ten US school districts by August.

Meanwhile, the UK only picked up one Bronze Lion, which was won by Publicis London and it's “No more excuses” for Heineken. Besides the Grand Prix, US agencies picked up a Gold Lion, two Silver Lions, and four Bronze Lions. The gold was won by MEC Global, New York and M Live: Marriott International's Real-Time Command Center, Bethesda for the creation of M Live.

From 298 entries received in Innovation, 12 Lions were awarded: 2 Gold, 4 Silver and 5 Bronze. The Grand Prix went to “The Humanium Metal Initiative” by Åkestam Holst, Stockholm and Great Works, Stockholm for IM Swedish Development Partner. Jury President Susan Lyne, President and Managing Partner at BBG Ventures, praised the work for demonstrating innovation at every stage from concept to the business model, to support communities affected by gun violence. The campaign promotes Humanium metal as a new commodity, recycled from weapon destruction programmes and made available for commercial production. It won a D&AD yellow Pencil earlier this year in the Creativity for Good and Product Design categories.

KBS Albion was the most successful UK agency in the Innovation category this year, after winning a Silver Lion for Ada Health Clinic’s “I’m Ada, I can help.” Ada is a personal health service app designed by doctors and computer scientists. What3Words, the location reference system start-up company that won the Innovation Grand Prix in 2015, also won a Bronze Lion for “The world addressed.” Among the US companies, Google won gold for “Tilt brush,” the 3D VR painting tool, as well as Bronze for “Earth VR,” the next iteration of its Google Earth interactive map. Meanwhile, MRM and McCann New York won Silver for the US Postal Service’s “Your voice is your stamp,” while Apple won Bronze for “Liam,” a robot that deconstructs used iPhones so the materials can be recycled. 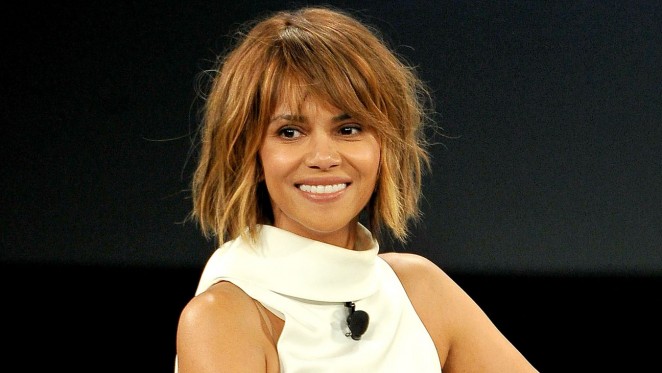 The awarding of the Creative Data and Innovation awards marked the end of Lions Innovation, the two-day tech and innovation-focused specialist event, which wrapped-up yesterday. Now in its third year, Lions Innovation once again proved it’s the festival’s incubator for new ideas. Brand, media and advertising leaders, plus technology pioneers and entrepreneurs showcased the ideas, thinking and technology driving the future of the industry, from android actor and comedian Ginger the Robot getting 500 attendees doing yoga together to Halle Berry, alongside IPG CEO Michael Roth and Mastercard CMO Raja Rajamannar, sharing how emerging media platforms and technology connect.

In the LumièreTheatre, Reverend Jesse Jackson discussed the need for brands to advance a more inclusive society and the role the industry can play, alongside Richard Edelman. Elsewhere in the Palais, the second Cannes Lions China Day showcased the latest trends and developments visible in Chinese creativity, and featured talks from classical music icon Lang Lang and online superstar Papi Jiang.