AKQA announced the winners of Future Lions, the official student awards at the Cannes Lions yesterday. Future Lions challenges students to come up with an idea that would not have been possible three years ago for a brand of their choosing, and awards the world’s most creative young talent on the global stage in Cannes. Over 1,900 students from 69 countries participated, making it the most entered and competitive year.

The five winning ideas and teams were:

“Future Lions is a canvas where the next generation of talent unleash the start of their creative potential, sowing the seeds of an enterprising and rewarding career” AKQA CEO Ajaz Ahmed

Berghs School of Communication was also named Future Lions School of the Year, having received more shortlisted finalists than any other school. This is the third year in a row that Berghs has won this recognition. Each winning team and Berghs School are awarded with the iconic Future Lions trophy on stage in the Debussy Theatre at the Cannes Festival Palais. Torsten Schuppe, Google’s Senior Director, Brand and Consumer Marketing EMEA, presented the School of the Year trophy. The ceremony was hosted by AKQA CEO Ajaz Ahmed and Group Creative Director Ian Wharton. AKQA created, and has led the Future Lions program since its inception in 2006. The competition has launched the careers of over 60 of the most talented young creatives.

Unilever issue a rallying cry to the global advertising industry 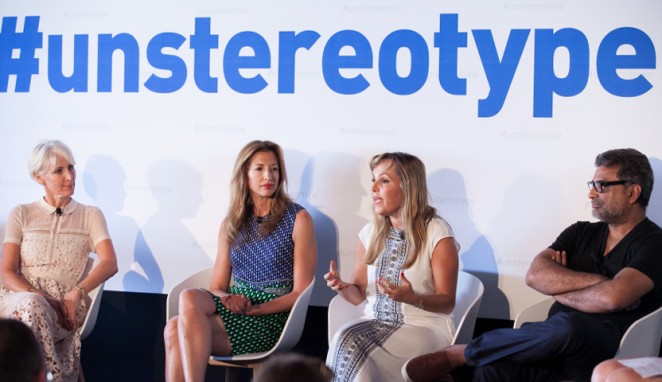 Unilever used the global platform of the Cannes Lions to publicly announce #unstereotype; a global ambition for all of its brands and the industry at large to advance advertising away from stereotypical portrayals of gender; delivering fresh campaigns that are more relevant to today’s consumer. The global company is urging marketers globally to be aware of the outdated stereotypes of gender, that advertising still propagates and the fact that progressive portrayals are proven to not only be better for society, but better for brands. Yesterday morning, Unilever’s Aline Santos Executive, Vice President of Global Marketing, held a panel discussion with Hollywood actress Alysia Reiner; Juliana Chugg, Chief Brand Officer at Mattel, Bollywood Director, R. Balki and Deputy Executive Creative Director of BBH, Rosie Arnold, to discuss the various insight and diverse perspectives from their respective industries on how we can use advertising as a positive force to inspire and improve the lives of women in society.

As one of the biggest global advertisers, Unilever carried out multiple in-depth studies around the world over the last two years to better understand how female identity has evolved and how brands can be more relevant and better connected. Unilever plans to advance portrayals of gender in its ads with a special focus on women by addressing three key areas; Role Personality and Appearance. Roles should more broadly represent aspirations and wider achievements beyond product-related responsibilities. Personalities depicted should shift to become more authentic and three dimensional. Appearance should be presented as enjoyable and non-critical, creating a positive and creative interest in being whoever you want to be. The idea is to use this research, and the help of a number of forward-thinking agencies, to combat the sad fact that just 3% of global advertisements currently feature women in professional roles.

Aline Santos, Executive Vice President of Global Marketing for Unilever, said: “Stereotyping in advertising is a prevalent issue for all genders. However, our research shows that the negative effects are most keenly felt when it comes to representations of females. In fact, 40% of women say they do not identify at all with the women they see in adverts. Advertising can be a powerful force in leading positive cultural change. We believe it is our responsibility, alongside the industry, to be at the forefront of this change by positively portraying people as they truly are today – progressive ads will lead us to a progressive future for all. We have validated through testing with Millward Brown that more progressive advertising generates stronger engagement, talkability and delivers better branded impact. This shows that not only is there an important societal imperative for this change but a business imperative as well; it’s an important journey that we must go on if we want to ensure we are truly maximising the potential of our creative outputs for today’s audiences.”

Madeline Di Nonno, President of Glass Lions Jury and CEO of the Geena Davis Institute on Gender in Media, added: “Geena and I are heartened by this significant and progressive move from Unilever. Media is the only business industry when we can literally paint a picture of the world the way we want it to be. One spot can make a lifetime impression. Advertising as a storytelling medium is as important as the programming it is attached to. We believe advertising can take a lead position and ignite the content industries to jump on board and embrace this movement.”

Developed by Saatchi & Saatchi Australia in partnership with Flinders University, the device has been engineered using a clever mix of WI-FI, UHF and Delay Tolerant Networking (DTN) technology, an area that lots of people are looking into, including NASA for interplanetary communications, to turn vehicles into communications hotspots each with up to a 25km range. The technology is currently being piloted in a fleet of LandCruisers fitted with the device in the remote Flinders Ranges; one of the most harsh and dangerous parts of the Australian outback. Toyota is also currently exploring the feasibility of a commercial vehicular rollout of the LEN devices.

The Next Rembrandt Wins Two Grand Prix and an Innovation Lion for J.Walter Thompson

J. Walter Thompson Amsterdam's “The Next Rembrandt,” has to-date won a total of fifteen Cannes Lions. Wednesday evening’s awards at the Cannes Lions Festival of Creativity include two Grand Prix for Cyber and Creative Data, an Innovation Lion, three Silver Lions (one for Cyber and two for Creative Data) and a Bronze Lion for Creative Data. The Next Rembrandt is one of 2016’s most talked about artificial intelligence meets creativity projects. A group of art historians, material researchers, data scientists and engineers (led by J. Walter Thompson Amsterdam for client ING and technical partner Microsoft) spent 18 months to take on a controversial challenge: how to teach a machine to think, act and paint like Rembrandt. The result is a 3D printed painting, made solely from data of Rembrandt’s work. The painting consists of over 148 million pixels and was created using deep learning algorithms and facial recognition techniques, based on 168,263 painting fragments from Rembrandt’s oeuvre. Bringing the Master of Light and Shadow back to life to create one more painting. Only this time, data is the painter, and technology the brush.

“The reason why The Next Rembrandt is winning, is because it represents questions that are on the industry’s mind at the moment” Bas Korsten, ED at J. Walter Thompson Amsterdam

The project has been reported on globally since launch, with over 1,400 press articles and counting, including pieces in The Guardian and The Telegraph, NPR, The New Yorker, TechCrunch, Fast Company and the Wall Street Journal, to name but a few 1.8 billion media impressions have been achieved in the first month after the unveiling of The Next Rembrandt. Adding to the ongoing global conversation about the meaning for our industry and the future of creativity, the technology developed for The Next Rembrandt will now be developed for the restoration of damaged and partially lost masterpieces. In addition, parts of the code will be made open source to benefit future innovations.

Yesterday at 11am, Saatchi & Saatchi premiered the 26th edition of the annual New Directors’ Showcase (NDS) at the Lumière Theatre in Cannes, to an audience of more than 2,300 Cannes Lions delegates. This year the Showreel features 20 directors, including one Artificial Intelligence (AI)director. The question is whether the audience are able identify the AI film, which was created through a collaboration between Saatchi & Saatchi, Team One and Zoic Labs in Los Angeles. The 2016 Showreel features an international selection of directors hailing from Chile, Israel, Poland, The Netherlands, UK and USA. Intense subject matter and dedication to craft feature strongly in this year’s NDS Showreel, with genres including horror, animation, drama, and music promos, with a smattering of humour.

Andy Gulliman, NDS Curator and Producer, and Director of Film & Content, Saatchi & Saatchi, said: “There’s an abundance of craft and different techniques on the NDS 2016 reel; from Claymation to full on AI, beautiful cinematography and amazing narratives. What’s amazing this year is there are more directors not represented by production companies than any previous year. This year it was harder to find the humour we’ve recognised in previous years. In 2016 dedication to craft outweighs laughs.”

The AI director featured in the 2016 Showreel goes under the pseudonym of Anni Mathison, and the result of the experiment commissioned by Saatchi & Saatchi and Team One is a short film named “Eclipse,” conceived, edited and directed by machines. The short film debuts on the anniversary of scientist Alan Mathison Turing’s birth on 23 June 1912. Turing was the first to ask the question, “Can machines think?”, which then leads immediately to the question can machines be creative? “Eclipse” uses several technologies in a never-before-seen combination to create the film from start to finish.

All of the videos featured can be found below:-