Brandalism advertise the truth in Paris on Black Friday

Sometimes, ads lie. This is a fact, but as an affiliate and propagator of the industry, it's a fact I often attempt to mask with frilly words and subtle humour. It's (more often than not) a comforting and well-intentioned lie, but it's a lie nonetheless, and a group of artists operating under an initiative called the Brandalism project, have obviously had enough enough of it. Their ambitious and strikingly anarchic anti-campaign took place this weekend during the notorious Black Friday sales, with the collective taking over the French capital's public advertising spaces. With all the horror and tragedy inflicted on the city in recent weeks, it was the perfect platform for such a light-hearted, but strong-willed project. 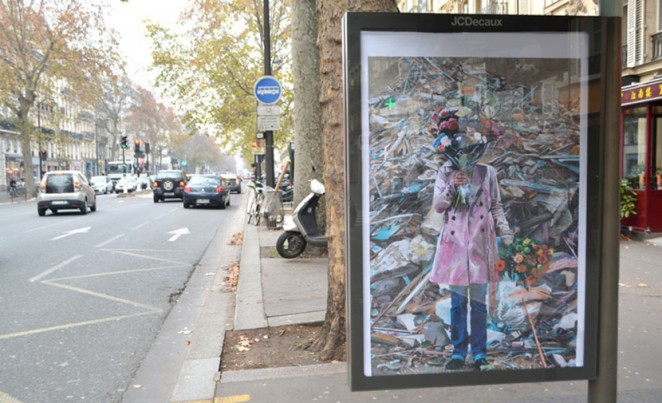 The group replaced 600 advertisements throughout the city with artwork calling out heads of state and corporations that have been complicit in the destruction of the Earth’s climate. The action took place on Black Friday, what the group refers to as the “Annual day of consumerist frenzy,” and was done in order to protest the corporate takeover of COP 21, which is supposed to be a gathering intended to negotiate a global response to climate change. 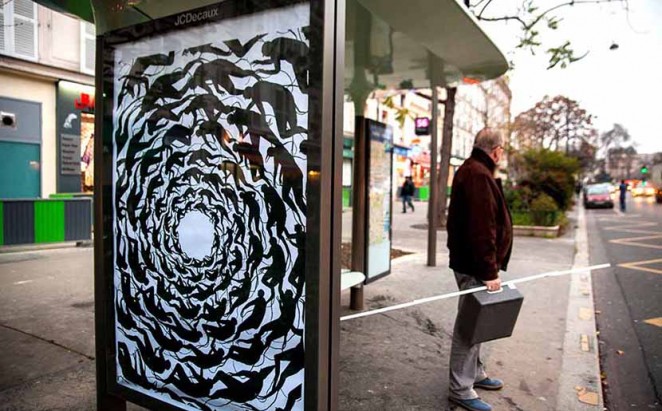 The art used in the project was created by 80 renowned artists from 19 different countries, with the lightly amusing pieces replacing spaces owned by JCDecaux, one of the largest corporate sponsors of the Paris climate talks. Brandalism member Joe Elan, spoke of the hypocrisy, saying: “By sponsoring the negotiations climate, major polluters such as Air France and Engie can promote themselves as if they were part of the solution, when they are actually part of the problem.”

The group said in a collective statement (which I've altered slightly to account for translational issues) : “Despite the state of emergency banning any gathering, following the attacks of 13 November in Paris, the Brandalism project, conducted with Parisian activists, has placed throughout the city hundreds of unauthorised artworks. These posters emphasise the links between advertising, consumerism, dependence on fossil fuels and climate change. We take possession of advertising space because we want to denounce the role that advertising plays in promoting an unsustainable consumerism. The advertising industry feeds our desires for products based on the exploitation of fossil fuels, which have a direct impact on climate change. As for the climate negotiations and side events sponsored by large companies, the outdoor advertising allows more rich to ensure that their voice is heard beyond all others.” 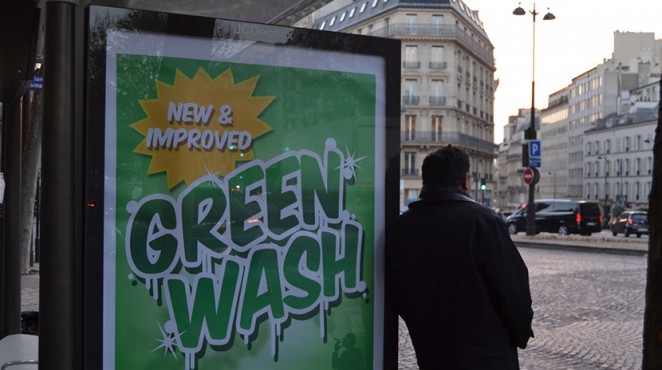 The project started back in the UK in July 2012, with a small team of artistic crusaders working out of the back of a van as a “Revolt against corporate control of the visual realm”

This isn't the first Brandalism event either, as the project actually started back in the UK in July 2012, with a small team of artistic crusaders working out of the back of a van as a “Revolt against corporate control of the visual realm.” Over time though, the collective grew to include teams in 10 UK cities skilled up in taking back space, and now the work has spread across the channel with the team's biggest project yet.

Be sure to visit the official Brandalism website for a full gallery of the images from last friday (my personal favourite has to be the “We're sorry that we got caught” Volkswagen ad by Barnbrook, because that's GOOD satire) as well as a complete list of all the artists whose work was featured. If you've been inspired to take up arms (or rather brushes) yourself, meanwhile, the team reportedly provides resources and support to anyone who wishes to “Reclaim their visual space.” I have to say, if I was artistic in any way, shape or from, I might be inspired to get involved, though as a writer who makes the lion's share of his living writing for ad land, would that make me a monumental hypocrite? Your thoughts below. 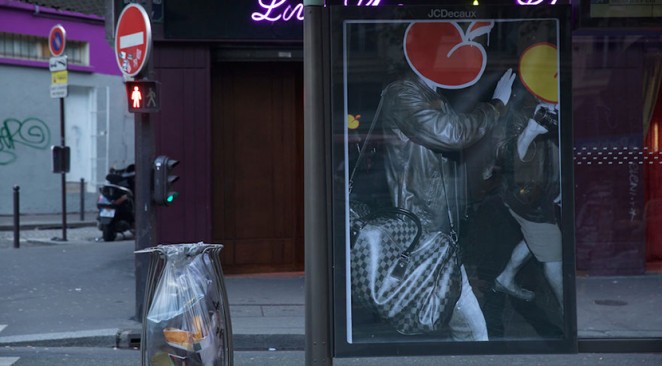 Benjamin Hiorns is a freelance writer and struggling musician from Kidderminster in the UK who instead of spending his Black Friday protesting corporate greed and hypocrisy, spent it in his pyjamas buying Christmas presents. Because he's a obviously a hopeless consumerist.

I thought the (Moroccan?) delegation all getting into separate cars at the airport was amusing

by all means if you 'd do something arty contributing to Nature Defense (apart from being a big add lie writer) it wouldn't make a scum plastic bag out of you : Say is this the first Paris Street Art demonstration we just witnessed ? thx for your excellent