Blockchain, Crypto and NFTs are changing the gaming industry - but not in the ways you might think

Identifying blockchain gaming as a ‘trend’ is misleading, argues Five by Five Australia Client Director Stacia Grooby; but there’s no denying that this technology is set to change the way we think about gaming.

Blockchain technology has the potential to change how the gaming industry works, in particular when it comes to digital ownership. What are the implications? How can the creative and advertising industries leverage this new outlook from the gaming world?

To learn more about the topic, we reached out to Stacia to discuss everything gaming, crypto and NFTs in the inspiring piece below. 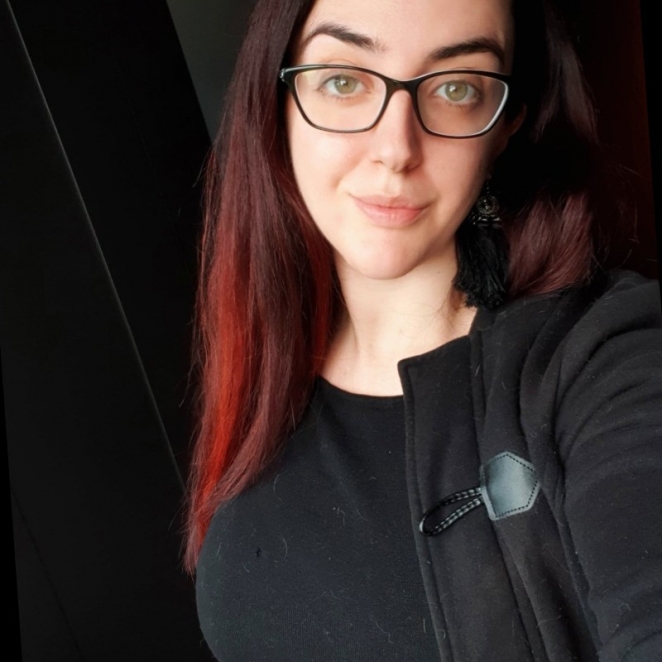 Blockchain, Crypto and NFTs are changing the gaming industry - but not in the ways you might think

Imagine that an alien has just beamed down to Earth. Now imagine that, as part of our planet’s ‘First Contact’ initiative, you’re tasked with explaining how blockchain, cryptocurrencies and NFTs work using the example of the blockchain video game, CryptoKitties. Good luck.

Even to those who have been digitally active for most of our lives, CryptoKitties can be baffling at times. In layman’s terms, it works something like this: as a player, you are able to selectively breed digital cats by pairing those with desirable DNA. If your calculations were correct, your newborn kitten will inherit desirable traits from both its mother and father, leaving you - a few generations down the line - with an adorable super-kitty, possessing the ultimate genetic code. The kicker, though, is that because CryptoKitties is built on Ethereum’s blockchain network you, the player, are the real-world owner of this newborn digital feline. As a result, you can sell your kitty to other players for real-world money. In 2018, one CryptoKitty was sold for US$140,000.

Simple, right? Well, maybe not. But what is clear is that this technology has the potential to rewire how the gaming industry works, particularly when it comes to the concept of digital ownership. With such high price tags for pixelated cats, and the smart contract and code linked to them, it’s understandable that there’s a lot of buzz around crypto and NFTs (the ownership of a CryptoKitty is sold as a non-fungible token).

However, it’s misleading to suggest that games built on blockchains and the marketisation of in-game material as NFTs is a full-blown ‘trend’. Is it a boundary-pushing application of technology? Quite possibly yes. But will it take over the world next week? Probably not. And there are a few reasons why.

If at this point you’ve had a quick Google of CryptoKitties to check out what the heck I’ve been talking about, you’ve probably noticed that the game is fairly low-fi. The 2D cat sprites - while undoubtedly charming - are a far cry from the stunning, lifelike character models seen in ‘AAA’ titles like God of War or The Last of Us, with their dynamic lighting and state-of-the-art ray tracing.

In fairness, CryptoKitties is just one example of a game using this tech, and it is old by the standards of this industry (it was originally released in 2017) - so not the most up-to-date implementation of a game built on blockchain technology. A more recent example, however, is Axie Infinity - a Pokémon-esque ‘cryptocollectable’ game that allows players to train and battle playable characters called Axies. There are a few hundred thousand active players for Axie Infinity, for example, which is a lot - but not compared to the 350 million of us playing Fortnite or the 85 million Nintendo Switch owners.

One big question mark against blockchain-native games pertains to their scalability. How long will it be, for example, before a critical mass of mainstream consumers know their way around creating a digital wallet? What kind of resources would be required for an effective global marketing campaign for this new type of gaming, and what company would be brave enough to make that investment? Can the technology keep up with scaling audience size? And, perhaps most importantly of all, will knowledge and familiarity for how the tech works ever become widespread enough for these games to have mass market appeal?

There’s also the issue of security. Currently, the safest way to conduct crypto transactions is with the Ethereum or Bitcoin blockchains. However, these all need to be carried out individually which is unfeasible for most games. As a result, these games need to take their transactions ‘off the chain’, which opens up security risks.

And yet, there’s an even bigger question mark than all of that. To identify it, we need to accept just how much we don’t know about how crypto and NFTs could be integrated with gaming. The truth is that blockchain is not an evolution of existing tech - it’s something entirely different. We should see its arrival on the gaming scene as akin to the internet, or the smartphone. For all of the hype and experimentation we’re currently seeing, there’s just no telling how it will impact the industry in the longer-term. All of that will depend on creators’ attempts to meaningfully ‘game-ify’ crypto, combined with how this still-new technology develops.

However, that’s not to say that the wider industry of today has nothing to learn from blockchain technology. Despite the limitations, blockchain, crypto and NFTs are already influencing the world of gaming, as well as the ways brands and marketers interact with it.

Firstly, there’s a fundamental truth - when a game is decentralised because it runs on blockchain, it will effectively exist forever. For those of us who have lived to see the death of cherished online games, this is naturally an appealing prospect. This is because developers would not be able to unilaterally enact wholesale changes upon their games when part of that game is built on a blockchain that is owned by players.

In that sense, this technology could well lead to greater democratisation in gaming as players become part-collaborators of the games they love. At the same time, this could prove yet another reason why ‘AAA’ publishers are lukewarm on the prospect. After all, what multinational corporation worth its salt would want to open up ownership rights to its own intellectual property?

However, there could be a middle ground that provides the best of both worlds while also opening up fun and eye-catching opportunities for marketers. Not long ago, I picked up the ‘digital deluxe’ version of the Starcraft II Anthology. One perk of this was that I received extra content both in my copy of Starcraft, as well as a promotional new pet for my - entirely unrelated - character in World of Warcraft. The link here is that these separate game worlds share a common developer, Blizzard Entertainment, and so it’s easier for them to seamlessly speak to one another. That gave me an idea.

What if, after buying an item in the real world, it became available in-game? What if, for example, Nintendo entered an unlikely partnership with Louis Vuitton in which my newly-purchased handbag also came with an NFT that was compatible with the world of Animal Crossing? My villager would undoubtedly look the part with such a head-turning accessory. And, because Nintendo presides over such an impressive suite of games, the collaboration need not stop there. Why not equip my Smash Bros. fighter with the same handbag as a weapon? Or have my Mario Kartdriver whack unsuspecting rivals with a swing of their new Louis Vuitton?

Okay, that’s a bizarre example, but it illustrates the mind-boggling potential on offer. Such partnerships would have to be designed with care so as not to disrupt game worlds or player experiences. But the potential for a fun and engaging monetisation route is there.

So, will we all be trading crypto kittens in five years’ time? Well, stranger things have happened. But the reality is that blockchain needs gaming more than gaming needs blockchain right now. This is because gaming can act as a sort of ‘gateway’ which helps people to understand the near limitless potential of what is inherently a complicated and multi-faceted technology.

What’s much more likely in the near future for gaming is experimentation with a new digital ecosystem, where the concept of ownership becomes subverted and democratised. For sensitive and imaginative marketers, we’re witnessing the rise and evolution of an engaging new platform which can form part of a compelling brand world.

Buying or selling cryptocurrencies involves real capital - always do your own research before investing.

Stacia Grooby is the Account Director at Five by Five.