Yves Saint Laurent recently launched the latest episode of its ambitious and daring “Black Opium” series. The film marks the release of the latest fragrance from the brand, Black Opium Floral Shock. Yves Saint Laurent is also advertising the launch of its new mascara line, “The Shock,” marking a first for the globally renowned beauty brand. The film “Get A Shock,” blends the universe of the fragrance and the universe of the mascara: the perfume bringing a shock of freshness and the mascara bringing a shock of volumes. The model Edie Campbell fronts the new film, shot in an unnamed Asian city, maintaining the eastern theme of the previous episodes in the series. Through a seduction game between Edie and another model, we alternate between the universe of the mascara, dark and gloomy, and the universe of the perfume, bright and summery. Parisian agencies BETC Luxe and BETC Pop, created the spot, which was directed by Nicolas Davenel from Iconoclast, who is known for his raw aesthetic. The soundtrack of the film comes from French duo Javelin.

Jasmine Loignon, Creative Director of BETC Luxe, said about the choice of Davenal to shoot the film: “Nicolas Davenal’s work greatly inspired us. As an up-and-coming director with a few music videos under his belt, he felt like the right balance of youth, risk and edginess we needed to bring this to life. We fell for his Birdy Nam Nam film from a few years back and most recently his Who Wants It film for music duo KCPK. An unusual combo at first glance, but he really brought the twist we were looking for in spades.”

Fabrice Brovelli, CEO of BETC Pop and VP of BETC Paris, added of the “Nnormal” track from Javelin : “Javelin is a British duo, darling of the indie-music magazine Pitchfork, signed on David Byrne’s label, Luaka Bop. When Nicolas Davenel suggested this music, we found that it fitted perfectly with the universe we were creating for Get A Shock. It’s a piece of sound that feels mysterious, electric and powerful.” The spot was released on January 15th and will be running online and on social media, with a special activation created just for Snapchat users. The two universes were also brought together in a photo series also shot by Nicolas Davenel. 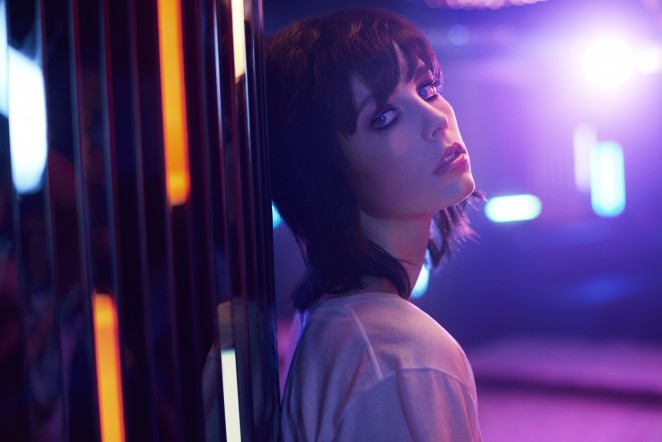