BETC has taken a huge derelict flour and grain warehouse on the banks of the Canal de l'Ourcq in Paris and transformed it into a bold new office block boasting a large roof garden and plant-filled courtyards. The 20,000-square-metre Les Magasins Généraux building in Pantin had become a favourite site of local graffiti artists before BETC moved in, with the agency helping to find the building a new owner, and asking architect Frédéric Jung to oversee its conversion. Jung, whose previous work includes the transformation of a former leper colony into a gallery, also developed the previous BETC Paris offices in the city's 10th district. However, the growing agency had outgrown these headquarters, so employees had started to be spread around several buildings in central Paris. Les Magasins Généraux, meanwhile, has enough room for 900 members of staff, plus 5,000 square metres of space for creative projects, so has been able to bring the agency's scattered workers back under one roof again. 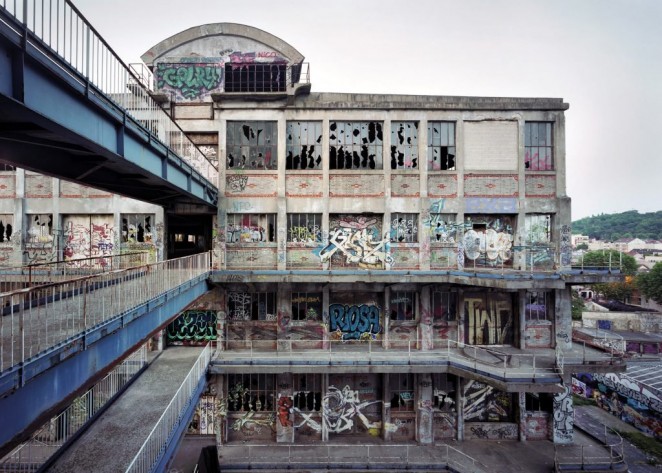 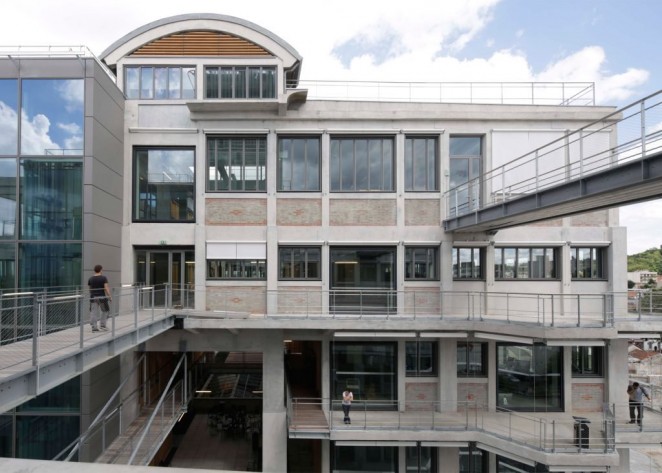 With the redesign, Jung sought to retain the industrial character of the 1930s warehouse and many of its original features, including the dramatic concrete framework and 1.4 kilometres of passageways linking the east and west wings. The project focused on contemporary planning, with the desire to meet the needs of the building's new inhabitants whilst retaining the original foundational elements of the harbour building as a cornerstone of the Canal de l'Ourcq. Among the most notable additions are the pair of patios that allow natural light to filter down into the building's central areas. The open-air spaces are lined with wood that provides a warm contrast to the masses of concrete, and a natural complement to the planting around their edges. The building's roof accommodates a large garden terrace sheltered beneath a concrete pergola, which provides views of the city skyline. There is also a covered courtyard under the central tower, a nap room beneath a vaulted roof, and mezzanines in both wings. 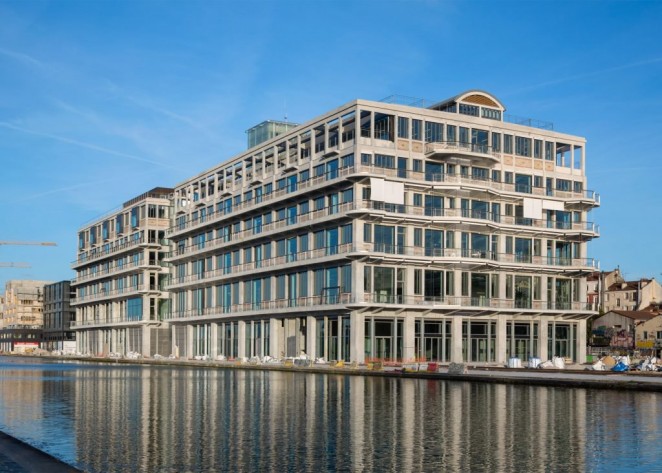 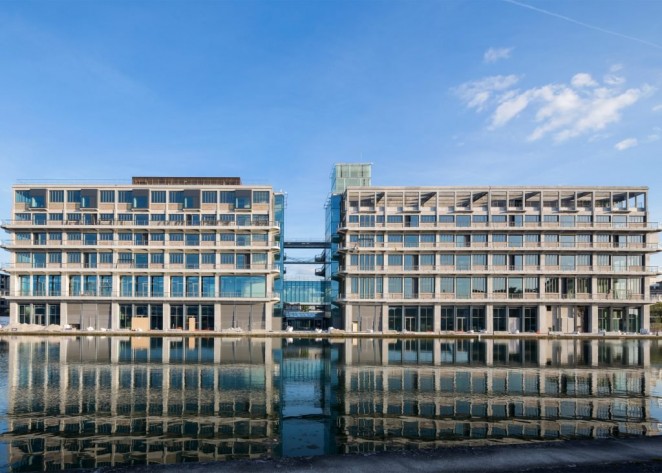 The building's interior design was developed by BETC Founder and Chairman Rémi Babinet and BETC Art Director Aurélie Scalabre, in collaboration with Paris-based design firm T&P Work UNit, and 12 teams of designers and architects. The team devised custom solutions for the office furniture in response to the company's workplace culture, resulting in adaptable work stations that can accommodate groups of different sizes, and individual desks suited to a variety of uses. T&P Work UNit also worked on BETC's previous offices, where it commissioned furniture from designers including Jurgen Bey and Konstantin Grcic. This time, they invited emerging designers to develop bespoke elements and spaces including a research library, tiered seating, and reprography and publishing rooms. 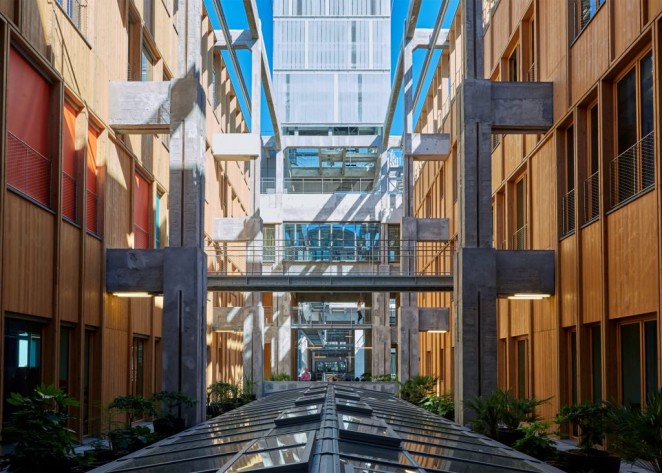 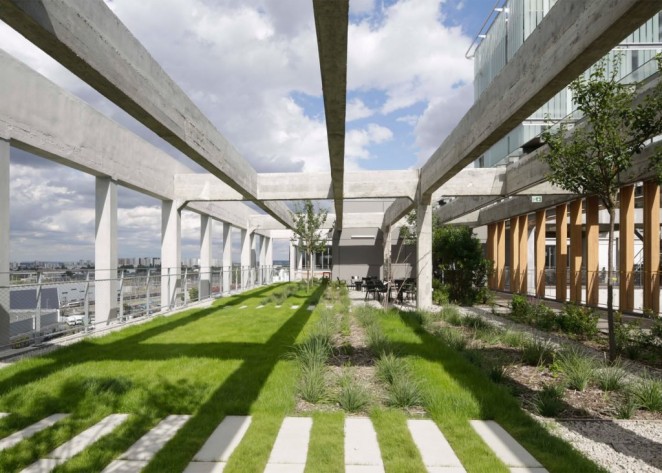 BETC Founder and Chairman Rémi Babinet, said: “We had to move out of the traditional Parisian centre to the vibrant suburbs to find the dynamic energy of a true world city, like New York, London or Shanghai. Les Magasins Généraux is the culmination of BETC's ambition and advertising's potential as the cultural leader for creative, innovative content and communications.” T&P Work UNit Co-founders Catherine Geel and Sophie Breuil, added: “Our design approach favours function first and foremost. From the multi-use tables to the electrical fixtures, we have thought through every detail with our design partners to further Les Magasins Généraux's mission and enable the production of leading work.” 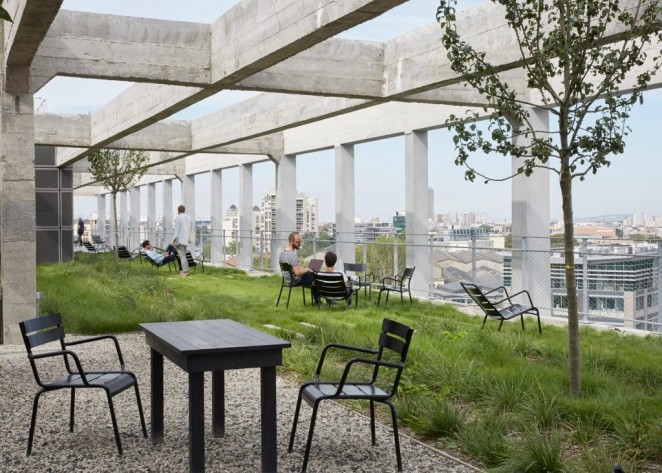 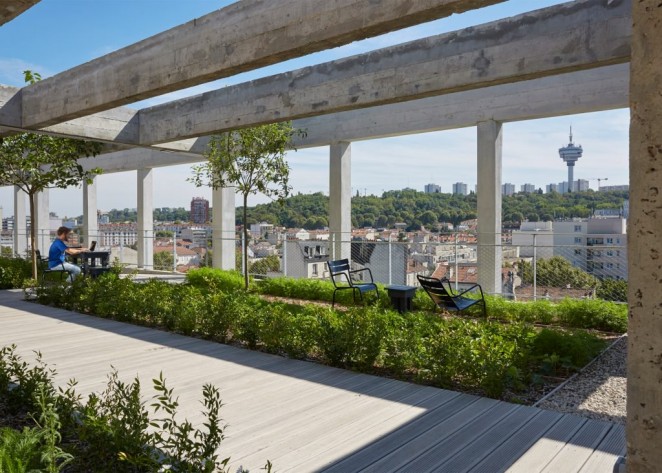 Some of the more unusual interventions in the office include meeting rooms lit from above like a light box by Jean-Benoit Vétillard, circular solo workspaces surrounded by ropes resembling chenille yarn, and stepped seating for collaborative working balanced on wooden blocks. The building's ground floor, meanwhile, is open to the public and incorporates a concert venue and restaurant, alongside an event space and an organic food hall. The intention is to contribute to the growth of the once-industrial area, which is gradually being regenerated and becoming a centre for creative businesses and institutions. 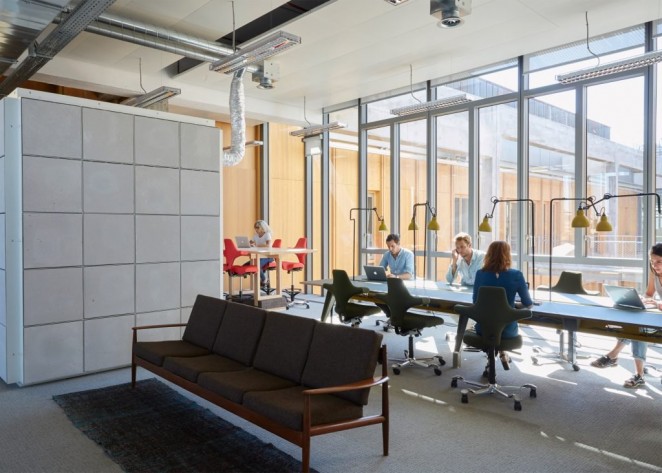 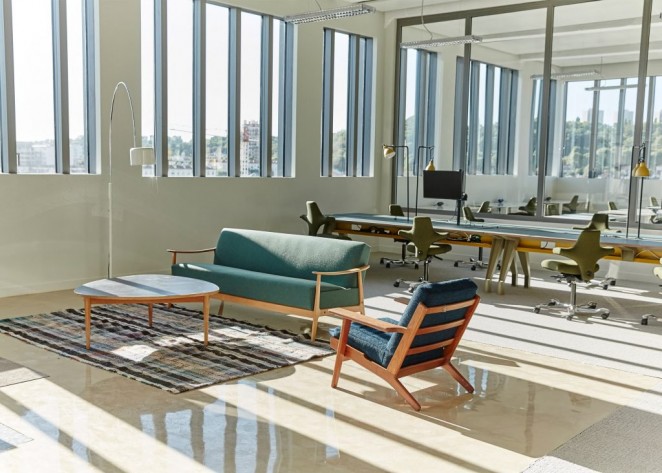 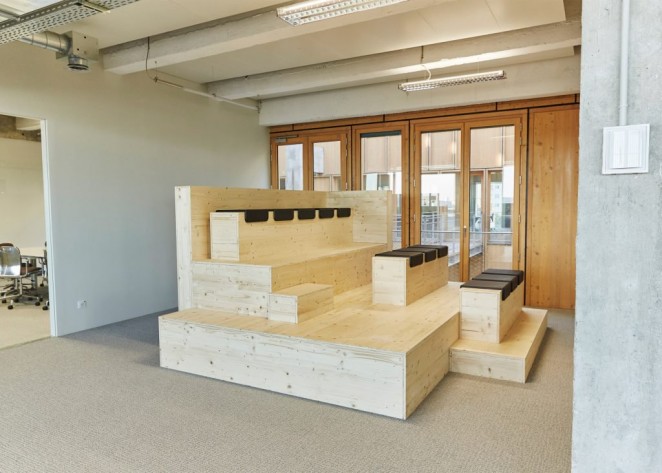 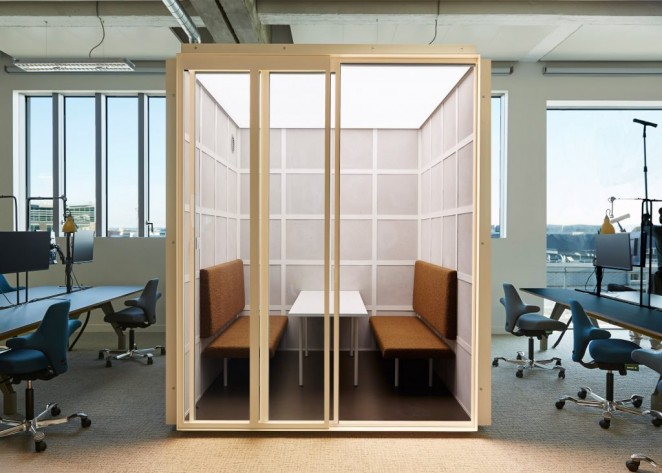 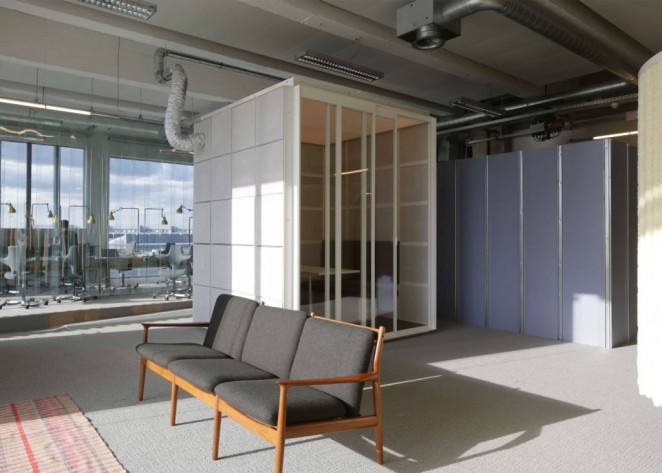 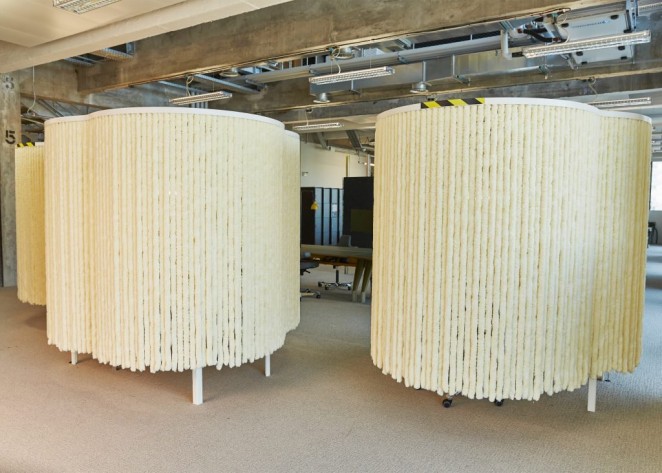 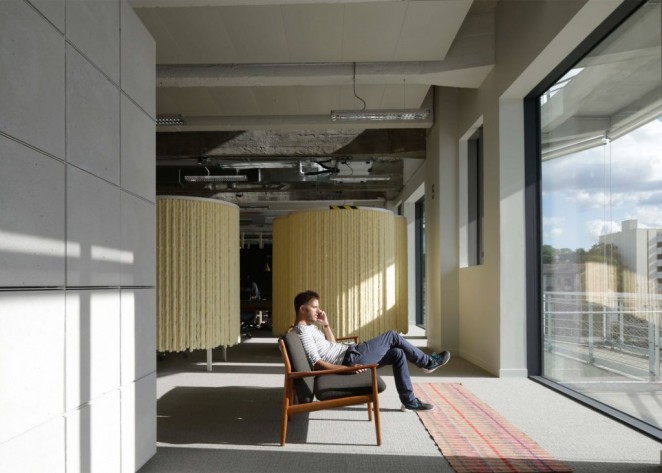 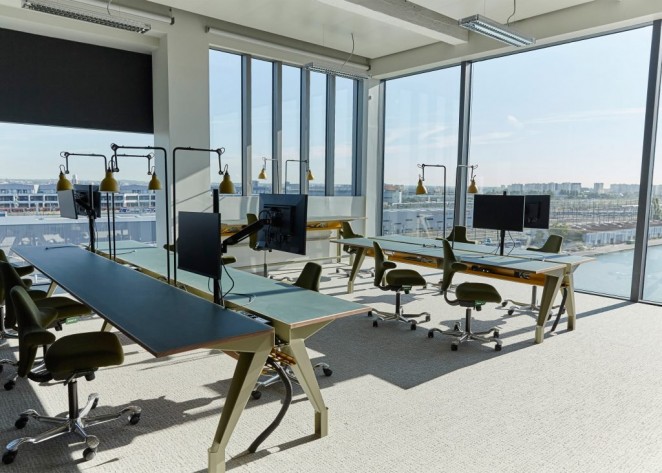