BBH say you can win 50 years of KFC

Finger licking fast-food chicken brand KFC is celebrating 50 years in the UK with a series of campaigns created by BBH London. The work will span the whole year, beginning with the multichannel “Families” campaign that launches today. This first campaign is centred around an ad revealing how families from all backgrounds come together over KFC by following the story of a young boy and his adopted family and their mutual love of Kentucky fried chicken. The campaign is backed by a social media push around the hashtag #50YearsOfKFC and two spots leading the search for the biggest KFC fans in the country. Winners of the contest will be given a free KFC for their family every month for 50 years!

David Timm, vice president of marketing at KFC, said “This is a landmark year for KFC,” which gives them the opportunity to “Remind fans why they love KFC and to also hopefully bring some new fans to the Colonel's great tasting chicken.” He says everyone at KFC is “Extremely proud of #50YearsOfKFC and Families,” which show the balance they're tying to achieve through “Big, emotional brand campaigns that strike a closer connection with consumers, and celebrating food, flavour and ingredients.” He envisions 2015 as a busy year for the brand as they rollout “A number of plans across the year to celebrate the anniversary and thank the UK for supporting KFC for 50 years.”

The work will span the whole year, beginning with the multichannel “Families” campaign that launches today 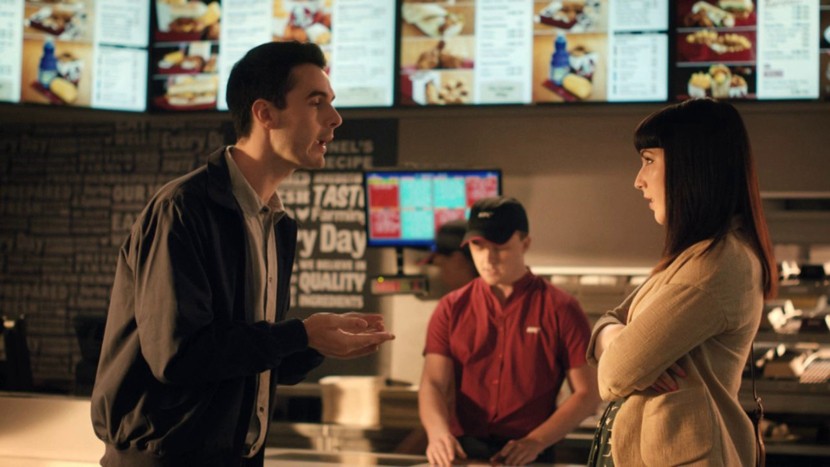 In related news, across the pond in the US, it was recently announced that KFC has shed its over a decade-long ties with FCB Chicago for a creative advertising partnership with Wieden + Kennedy. W+K beat FCB in a closed pitch and it's thought that KFC's CMO Kevin Hochman might have been a key voice in the decision, given that he previously worked with W+K on Procter & Gamble brands such as Old Spice. This is a huge win for W+K and a significant loss for FCB with the fast-food chain spending approximately $284 million in media in 2013 and $190 million in media during the first nine months of 2014. FCB, which recently won Michelob Ultra's North American account, took the job from BBDO New York in 2003 whilst W+K was recently added to Verizon's roster.

The brand has also been in the news recently thanks to their new, limited edition “Double Down Dog”

The brand has also been in the news recently thanks to their new, limited edition “Double Down Dog,” a sausage served between two fried chicken breasts and topped with cheese. The creation was only available to 50 customers a day at a few select stores in the Philippines, but that didn't stop certain factions of the internet from exploding with a combination of disgust and curiosity. There are no plans for KFC to bring the meaty monster to either the US or the UK, but if they did, would you try one? Answers in the comment section below.