A brilliantly bizarre new interactive installation in London’s Old Street is encouraging passers-by to keep the spirit of Christmas alive (quite literally) and focus on all the good feeling in the world. The activation is based around “DeFrosty,” a real snowman complete with scarf and carrot nose. DeFrosty is situated in the shop window of Old Street-based agency BBD Perfect Storm in his very own freezer cabinet, which has been set up to prevent him from melting. The twist is that the cabinet’s power is dependent on people tweeting using the hashtag #KeepDeFrostyAlive to stop DeFrosty melting away. 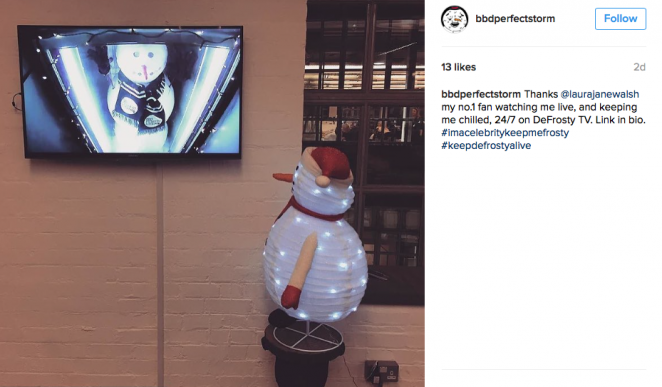 Each tweet provides ten minutes of power to preserve DeFrosty’s festive features. BBD Perfect Storm will spread further goodwill by donating 10p to Evelina Children’s Hospital for every tweet. The agency has also installed a camera to live-stream all the action from inside DeFrosty’s freezer and to capture the reactions of people as they walk past the eye-catching wintery window display. DeFrosty will take over the @bbdperfectstorm Twitter and Instagram accounts until he melts away. He also has his own microsite, www.keepdefrostyalive.com, which displays the live stream, temperature information, and the power left in the freezer. It's effectively a Christmas version of the Saw franchise. 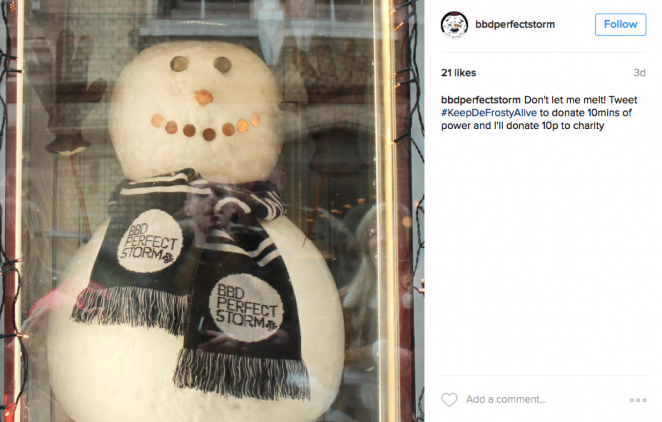 Danny Daley at BBD Perfect Storm said: “2016 has stolen enough from us already. We can’t let it take away the magic of Christmas too. Londoners don’t often experience the sheer joy of building a Christmas snowman so we’re building our very own to bring the festive feeling right to the heart of Old Street.” 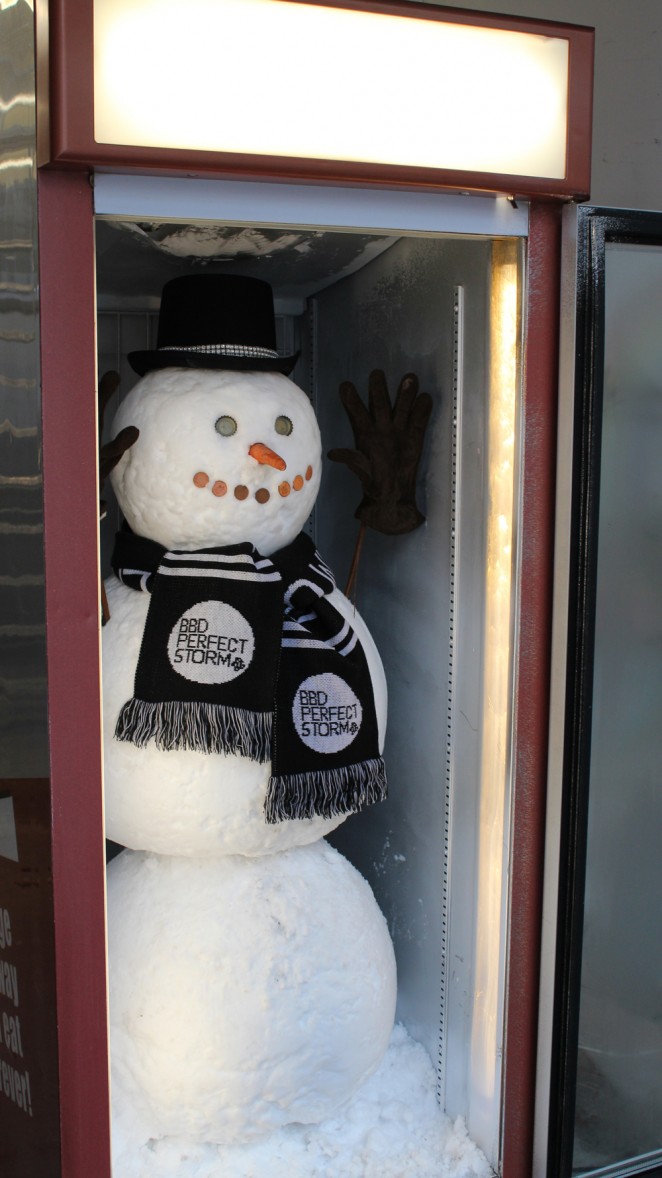