A design technique used on blockbuster films like Minority Report, The Terminal and Man of Steel is being applied to the development of future cities in the face of huge refugee migrations. Production designer Alex McDowell, who heads up 5D Global Studio in Los Angeles and teaches at the USC School of Cinematic Arts, is exploring how the technique he developed while working in Hollywood to build sets could be used to develop sustainable solutions to real-world problems, including refugee housing. The project has already attracted the attention of the UN and The White House, with Barack Obama deciding he wants to make developing solutions to the refugee crisis a priority during the final year of his presidency.

“World Building is the intersection of design, storytelling and technology”

The so-called “World Building” technique builds conceptual models of situations and then tests them by inserting human characters and observing their behaviour. This is a technique that McDowell feels could find solutions missed by traditional top-down processes led by governments, aid organisations and even architects and designers. With World Building, you essentially start with the world and the conditions of that world, then you get a broad overview, and then you run the human narratives through that world. By contrast, the traditional approach to building refugee camps follows a generic model, which McDowell argues is bound to fail. 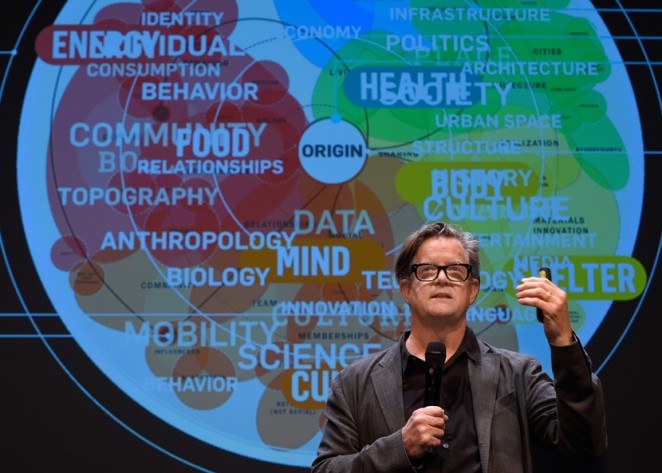 McDowell first developed the World Building technique for Minority Report, the 2002 sci-fi movie directed by Steven Spielberg and starring Tom Cruise. McDowell (who worked as the film's lead production designer) and his team first designed the futuristic city in which the action takes place and then developed the script by placing fictional characters into the city and predicting how they might react to various situations. These techniques led to over 100 patents for technologies featured in the movie, including gestural interfaces and voice activation, that were a direct result of using World Building techniques in the film's development process. McDowell subsequently developed the technique, using it for several more movies and launching the World Building Institute to explore how it could be used in areas beyond filmmaking. Based at the University of Southern California in Los Angeles, the institute is founded in the belief that storytelling is the most powerful system for the advancement of human capability, and advocates World Building as a new approach to problem-solving.

Alex McDowell said of his unique approach to sustainable housing development: “World Building is the intersection of design, storytelling and technology. It's the storytelling part that I think is missing from a lot of the conversations around these real-world issues. World Building designates a narrative practice in which the design of a world precedes the telling of a story. The richly detailed world becomes a container for narrative, producing stories that emerge logically and organically from its well-designed core.” 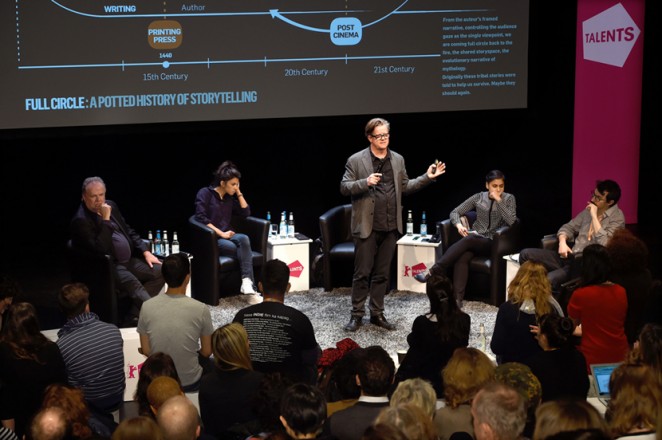 Earlier this month, the institute organised a series of workshops during the Berlin International Film Festival to apply the methodology to refugee cities. Titled “World Building Migratory Narratives: Envisioning the Future World of the Refugee Camp,” the workshops focused on an imagined refugee scenario set 20 years in the future, with rising sea levels in the South Pacific driving millions of people out of their homes and to a vast refugee settlement in Darwin, Australia. Workshop attendees then developed a range of characters who might find themselves in the settlement, and used their personal narratives to consider ways that inhabitants could collaborate and harness technology to create a permanent community with a vibrant economy. Attendees included refugee expert Kilian Kleinschmidt, Google's head of VR filmmaking Jessica Brillhart, designer Talia Radford, and Puneet Ahira, an advisor to President Obama, who is understood to be preparing to launch a personal initiative that will focus on refugees.

The workshops are part of a larger initiative called “Spaceship Earth 2036,” directed by the World Building Institute in collaboration with the Buckminster Fuller Institute, which will launch at the 2016 Science of Fiction Festival at USC in October. The festival will explore how storytelling techniques can lead to better understanding of issues including rising sea levels, migration and urbanisation. 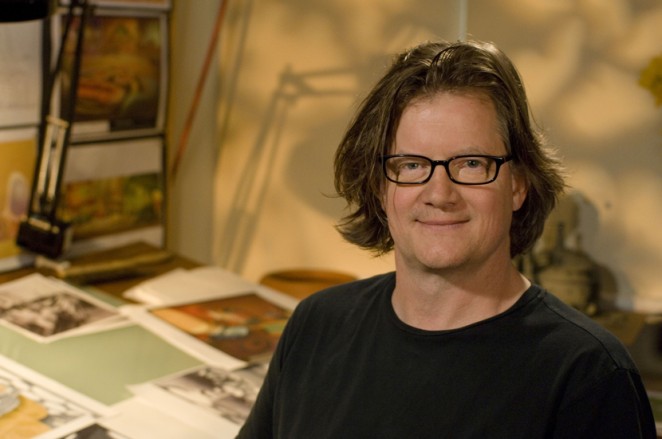