Airbnb launch the 'Live There' house in Shoreditch with a #DingDong

I have yet to experience the Airbnb service (though I am booked into one in Budapest this coming August) and I've heard conflicting reports, but it can't be denied that the online service has fundamentally changed the way many of us plan our holidays. You only have to look at this year's Cannes Lions festival, CEO Brian Chesky and CMO Jonathan Mildenhall both gave highly attended talks, while the company's ad campaigns did spectacularly well with five separate campaigns (including three of them from the TBWA network) pulling in big wins.

This week, in order to capitalise on the good vibes and enthusiasm behind the brand and its global “Don’t Go There Live There” campaign, Airbnb has launched an incredibly ambitious, media first campaign in UK cinemas, taking its “Live There” campaign to the big screen with the use of a revolutionary technology called 37 degrees. Created by Finch Australia and developed in collaboration with TBWA\Chiat\Day, Starcom Mediavest Group and Digital Cinema Media (DCM), the work offers a unique viewing experience via bespoke 3D-style glasses allowing two versions of the same ad to be watched simultaneously.

The technology separates 2D images, allowing viewers to see frames simultaneously depending on their chosen perspective. Using specialised bifocal glasses that make use of adapted 3D technology, the ad gave viewers an insight into the contrast between living like a local and living like a tourist. The unique technology is difficult to illustrate in print, but in cinemas, an onscreen message prompted the audience to put on the glasses and tilt them up and down to change their experiences. With a central focus on three of Airbnb’s most popular destinations, the ad, which was shown for a limited time only, offered cinema audiences a fantastic interactive experience inviting them to create their own narrative. The work aired before all 2D and 3D showings of Independence Day: Resurgence and The Secret Life of Pets at Cineworld, Odeon and Vue cinemas across the UK. 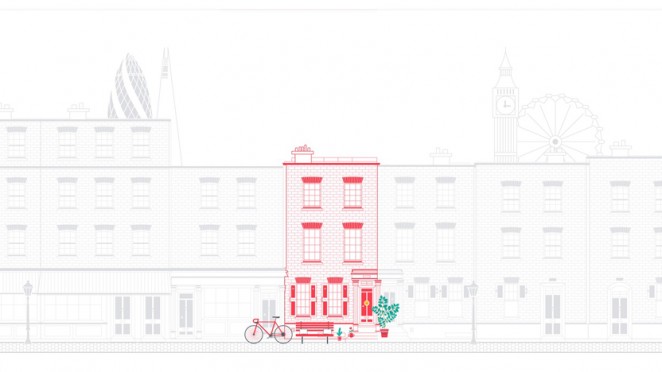 This, it transpires, was only the beginning though, as last week, Airbnb also launched a unique localised amplification in the form of a Live There house in Shoreditch, teamed with a social call-to-action, dubbed Ding Dong. The London-based campaign called on visitors and Londoners alike to forget the typical tourist trail and experience what it's like to actually “Live There.” The townhouse moved the campaign into a physical space, bringing the brand to life by giving experiential insight into a cross-section of authentic London life. It was transformed by Airbnb and AKQA, offering a wide range of immersive experiences spanning Londoners’ many passion points from food to music, hosted by local businesses and influencers. Over 1,400 guests rang the doorbell and were welcomed into the Live There house during the four days it was open.

However, it was the social amplification of the campaign which really helped to drive its reach. Those who were unable to attend the event in person were encouraged to tweet #DingDong for bespoke tips on what to do in London from genuine locals, tips that encouraged them veer off the typical tourist trail. Airbnb enlisted the help of 11 local hosts and 25 influencers to respond to the tweets via a series of bespoke videos posted in real-time. Over 1,400 guests rang the doorbell and were welcomed into the Live There house during the four days it was open. A total 96 videos were also created and delivered in under 40 hours, including from blogger and nutritional health specialist Madeleine Shaw, teen vlogger Harrison Webb and “The Boy Who Bakes,” Edd Kimber. The initiative was a huge success, with the #DingDong hashtag gaining over 3500 Twitter mentions and a 12.3 million social reach. 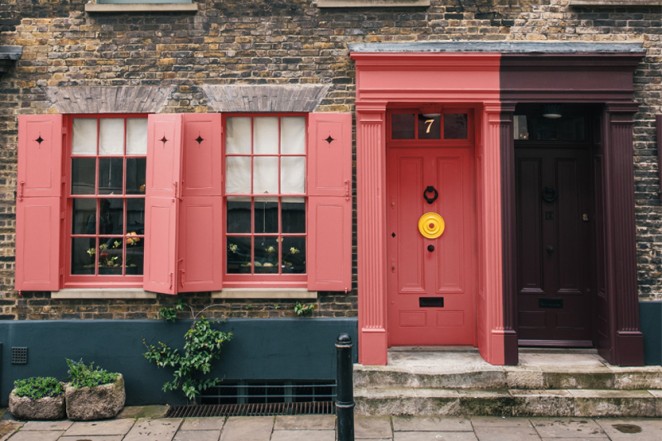 Rachael Haley, Brand Media Manager at Airbnb, said of the brand's ambitious and unique recent activations and campaigns: “When we first started thinking about how to show the impact of different ways of travel, we wanted to choose a medium that would create a transformative experience. By partnering with Finch, we can make this dream a reality through its groundbreaking technology to create an engaging experience that brings our unique proposition to life.” It honestly seems to me like Airbnb are mounting a pretty aggressive campaign on all fronts, but considering the market they essentially created is getting more and more competitive by the day, I honestly don't blame them.

Benjamin Hiorns is a a freelance writer and struggling musician from Kidderminster in the UK.