Samsung and Leo Burnett Tailor Made called on Latino athletes, symbols of perseverance the world over, to show how their devices are present even at those most difficult moments. With the tagline; “Samsung is with you, whatever your challenge,” the campaign consists of the films “I'll Be There,” which boasts an unreleased version of the Jackson 5 song, produced exclusively for the occasion; and “Point of View,” in which Samsung’s own products narrate the scenes, showing that they are there from the most unpretentious moments to the most important ones. LBTM also created five 15-second short films centred on the products. Each one highlights a feature similar to one of the athletes’ skills, such as TV or notebook connectivity and the twins Bia and Branca Feres. The South American campaign is based on social media strategy and counts with POS material, street furniture, ads and a landing page that invites Internet users to lend a tribute to someone who is always there for them.

“Samsung is proud of its history of supporting sports and this initiative unites us to one of Latin Americans’ passions” Roman Cepeda, Marketing Director for Samsung Latin America

Leo Burnett London has unveiled its latest ad for Fairy Non-Bio’s “The Power of Soft’ campaign, which celebrates the incredible emotional power that “Moments of softness” can hold over us. “Superhero Baby” shows that even though there are many things babies and young children cannot do, their secret, special power is the incredible hold they have over their parents, and the powerful bond between mother and child. The spot aims to highlight that Fairy Non-Bio understands the power of soft and is perfectly placed to help mums wrap their little superheroes in softness from head to toe. Superhero Baby is running as a 30 second film in the UK and Republic of Ireland. The TV ad was written and art directed by Blake Waters and Steve Robertson, and directed by Jake Mavity at Tantrum. 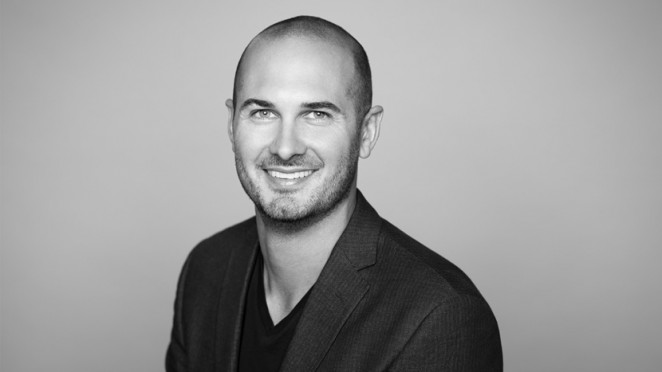 Leo Burnett USA appointed Britt Nolan as the agency’s new Chief Creative Officer this week, with the talented creative leader to begin in his new role immediately. Most recently EVP/Executive Creative Director, Nolan is the current creative lead on the agency's lucrative McDonald’s and Samsung accounts, and is responsible for creating some of the Agency’s most effective work. Nolan has served as the creative lead on Allstate, Firestone, Kellogg’s and The Art Institute of Chicago. Most recently, he rose into leadership roles on the McDonald’s and global Samsung accounts. In his new CCO role, he will continue leading the creative for McDonald’s and Samsung, while overseeing the Leo Burnett US creative department and focusing on new business. Most notably, Nolan helped Allstate create its iconic and effective “Mayhem” campaign that many feel has effectively changed the conversation around insurance. Nolan and his team were also behind this year’s Art Institute of Chicago “Van Gogh’s Bedroom,” which captured headlines and conversations around the world.

“One of my favourite things about Leo Burnett is that we just have so much firepower. It’s possible to make anything you can imagine here” Britt Nolan

Nolan’s ascension to CCO comes shortly after the agency named Marcello Magalhaes of Leo Burnett Tailor Made, in Brazil, as the U.S. chief strategy officer. Nolan and Magalhaes will partner with Stoddart to drive forward the agency’s creative and strategy departments. Nolan joined Leo Burnett in 2009. During his time at the agency, Nolan and his teams have won more than 50 international awards across categories including 10 Cannes Lions. His work has been recognised by the Effies, D&AD, ADC, the One Show, Clios, Kinsale Sharks, London International, Radio Mercury, AICP and Facebook Studio Awards. He was recognised by Business Insider as one of the top 30 most creative people in social media marketing.

“Britt is a new breed; a modern, integrated thinker and a prolific creative talent. He’s a natural leader and a team builder, I look forward to seeing the influence he’ll have in Chicago” Leo Burnett Global CCO Mark Tutssel

The 10th annual Earth Hour campaign by Leo Burnett Sydney is targeting the person with the power to make a difference to Australia’s approach to climate change; Prime Minister Malcolm Turnbull. To target the PM, Earth Hour has pitched a mobile billboard outside Parliament House that asks if Turnbull will be switching off this Earth Hour, which takes place between 8.30 and 9.30pm on March 19. The Will Prime Minister Turnbull Switch Off? campaign is spearheaded by the hashtag #IllBeWatching and a dedicated website to encourage the PM to tweet a picture of himself taking part in Earth Hour. While the #IllBeWatching element of the campaign may be edging into stalking territory, it is for a good cause with the campaign calling for the PM to switch off, but also switch the country onto renewable energy. The social and online platforms will allow Aussies to let Turnbull know they'll be tuning in to to see if he switches off for Earth Hour, ironically turning up the heat on the PM.

Monopoly Prize Choice launched at McDonald’s yesterday (Wednesday March 16th(, and for the first time ever, they’re giving all winners an exciting choice to make with every single prize. The game will run nationwide for six weeks, and with over 55 million prizes up for grabs, Monopoly Prize Choice, which is returning for its 11th year, will have the largest prize pool yet. The Marketing Store created the concept for the campaign as part of an ambition to inject excitement and brand affinity into the 11th anniversary of the McDonald’s and Hasbro partnership. Customer research lead by the agency revealed that McDonald’s customers cherishing life experiences over material possessions. Therefore each of the prize pools has been refreshed with that ambition in mind and each prize has been specially selected to, according to the agency; “Fuel an unforgettable story.”

“We aimed to create a brand experience more than a promotion because customers said they loved the experience of gameplay” Sav Evangelou, EECD at The Marketing Store

In 2016, McDonald’s Monopoly prizes will include millions of food and non-food prizes, with choice at every level. For example, win a holiday and choose between jetting off to California, Thailand or New Zealand, and then choose your activities whilst you are there, or win a Mini Cooper, and choose your preferred Mini model. This extends all the way to the food prizes as well, with winners choosing between a Big Mac or Quarter Pounder, McFlurry or Cheeseburger, and more. Choice is showcased across a multi-media campaign. Every touchpoint, including out of home, packaging, in store, social posts, community management and the website bring the concept of choice to life. Working with Leo Burnett London, choice has been activated through a TV advertising campaign directed Henrik Sendgren through Acne, which will demonstrate that McDonald’s gives customers a say in every win with Monopoly Prize Choice. McDonald’s are giving viewers the power to choose what their TV adverts look like each week via Twitter polls, as they choose from a range of thrilling and daring stunts inspired by the prize pool. The Marketing Store will also manage the Twitter based polls for TV spot selection over a 7 week period.