Yellow and blue - The creatives keeping hope alive for Ukraine

It’s been almost a week now since Vladimir Putin did the unthinkable and plunged Ukraine into a war they didn’t ask for in a move that still feels like the megalomaniacal equivalent of throwing your toys out of the pram.

It’s dark days for Europe as we enter the most significant war in 80 years. But in the darkest times it’s always been up to creatives to hold up a mirror to the world and shine a light right at it.

Of course, there are a thousand think pieces on how the invasion of the Ukraine could impact the industries in the long and short term. And I’m no economist. So, instead, I thought I’d throw my two cents behind the best creative sparks that have emerged from this miserable turn of events.

Because war might be hell but the devil has all the best tunes.

Say no to war 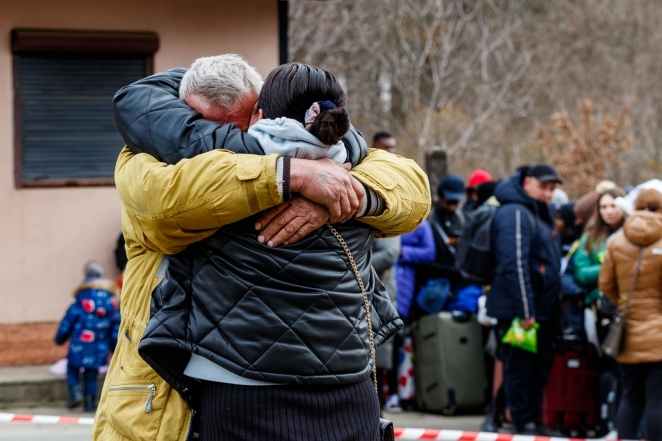 A Ukrainian content platform has launched a free image collection that shows what's happening in Ukraine. The Say No to War image collection has been created by Vista's Kyiv-based Depositphotos and VistaCreate and includes hundreds of stock photos that anyone can use royalty free to help show the devastating impact of the invasion to the world. 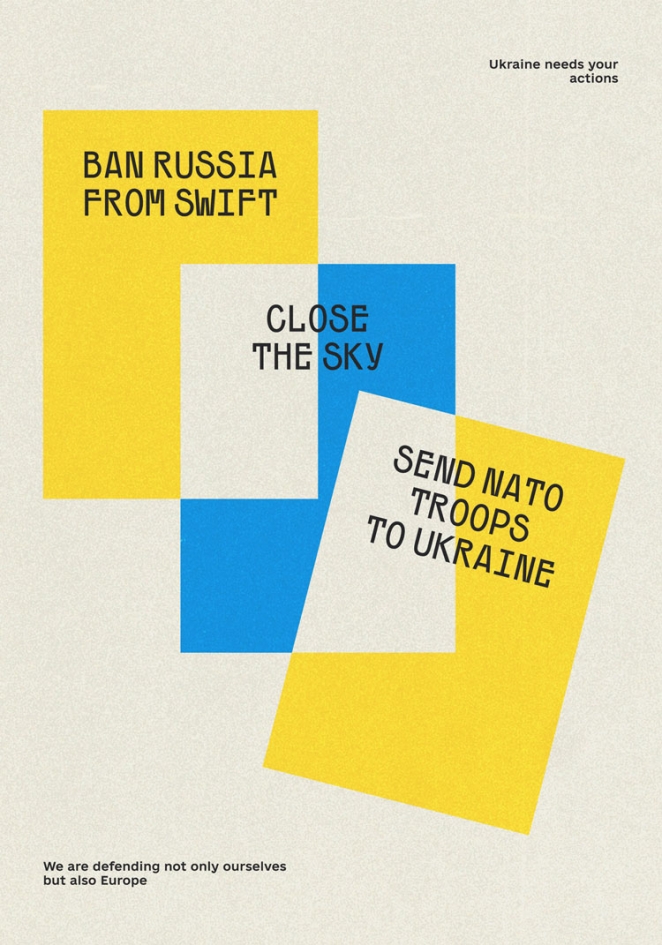 Katerina is a graphic designer who lives and works in Ukraine. Her recent work has, understandably, leaned on the barbarity and ridiculousness of the current situation and the importance of action over inaction.

She explains: “Just as graphic artists created posters during the Second World War, Ukrainian designers and creatives are fighting Russian misinformation and conveying our messages to the West. Many of us are doing this while sitting in shelters and basements. Including me.” The artist’s watercolour piece shows a woman holding a Ukrainian flag and watching from afar as the sun rises over an abstract landscape. Close to the woman are other countries' flags. She explains: “I’m a Polish artist living in France. This art was my reaction to the military attack on Thursday morning. Fast and furious art. It was from my bottom of my heart with hope that others countries will react. And now everybody sees what’s going on. Peace and love for Ukraine.” Fashion designer Giorgio Armani, the curators of the Russian pavilion at this year's Venice Art Biennale and the International Union of Architects all showed their support for Ukraine following Russia's invasion last week. In response to the conflict, Armani held his recent catwalk show at Milan Fashion Week in silence.

Meanwhile, Moscow-based cultural institution V-A-C Foundation said it "cannot turn a blind eye to the tragic events" and was suspending programs at its recently completed, Renzo Piano-designed Moscow building. Lithuanian curator Raimundas Malasauskas, along with Russian artists Alexandra Sukhareva and Kirill Savchenkov, also announced that they were resigning from creating the Russia Pavilion at the upcoming Venice Art Biennale. 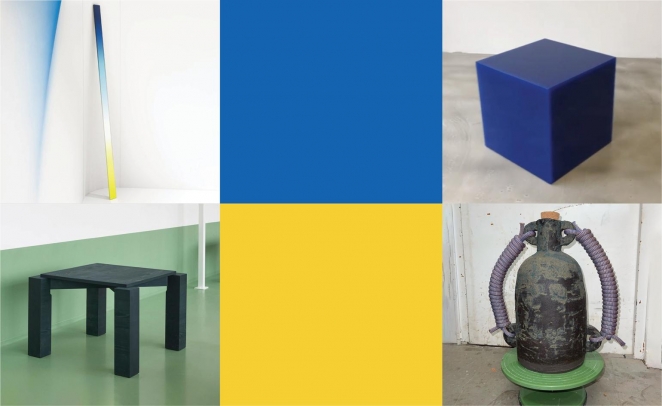 In the face of Russia’s war on Ukraine, and the terror and suffering it has unleashed, designers all over Europe are auctioning off their furniture and collectible objects in support of relief efforts. Germans Ermičs, Sabine Marcelis, Karl Monies and Tableau are among designers in Europe who are auctioning furniture and collectible objects and donating proceeds to support humanitarian relief in Ukraine. It’s not just the art world that’s decided to take a stand against Russian aggression. Dozens of major brands and ad agencies have made their intentions to stand behind the people of Ukraine abundantly clear.

Visa and Mastercard have severed ties with a number of Russian financial institutions, with Visa donating $2m for humanitarian aid, a donation matched by Mastercard. Apple and Google Pay have also stopped processing payments from a number of Russian banks. Airbnb, meanwhile, is offering free, temporary housing for up to 100,000 refugees from Ukraine. It will partner with resettlement agencies to house Ukrainian refugees across the world.

Even the big boys of the entertainment world have stepped up. Disney, Warner Bros and Sony have all paused theatrical releases in Russia and Netflix has refused to comply with a new Russian law that requires all streaming services with more than 100,000 daily users to carry 20 major Russian federal television channels. Given that many of those channels broadcast completely false propaganda, that’s a very good thing indeed. 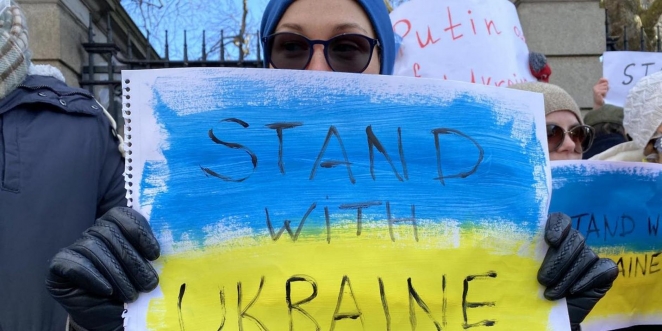 Of course, art alone is not going to solve the problem. But in times of great turmoil creatives are always the ones lending a hand and keeping us sane. So, next time you feel overwhelmed by current events, turn to your guitar, your laptop or your canvas. And show the world that you’re not quite ready yet to let the bad guys win without kicking up a bit of a fuss.