The latest work by Wieden+Kennedy London for Nike highlights celebrated Dutch sprinter Dafne Schippers in a ambitious graphic outdoor campaign shot by legendary photographer Albert Watson. Schippers, who was born in Utrecht in The Netherlands, is the 2015 200m World Champion and European record holder for the distance. She’s set to take the world by storm this summer, beginning with her place in the vibrant OOH work for Nike in Amsterdam. Watson is one of the world’s most successful fashion and commercial photographers, known for shooting subjects ranging from Steve Jobs to Michael Jackson, in addition to shooting movie posters for Kill Bill and Memoirs of a Geisha. 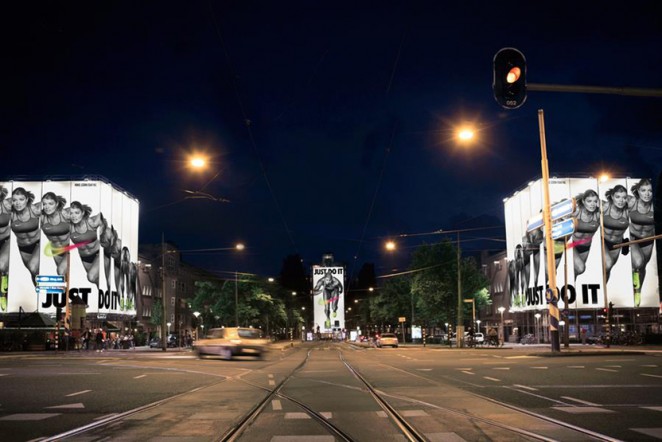 Watson was enlisted to create an iconic image of Schippers for the campaign, focusing on the explosive power of her start as illustrated over a series of billboards. After an unprecedented and meteoric rise, 2016 has seen her become the World Champion and 3rd fastest woman of all time in the 200m. This summer she sets her sights on winning the 100m and 200m double gold in Rio. Depicting strength and beauty with graphic intensity, the final work depicts Dafne bursting out of the blocks wearing Nike’s new, signature Unlimited colourway. A gradient fusion of Nike’s volt yellow and hyper‐punch pink, the Unlimited colourway adorns the upper of the season’s footwear, including all of its track and field silhouettes. 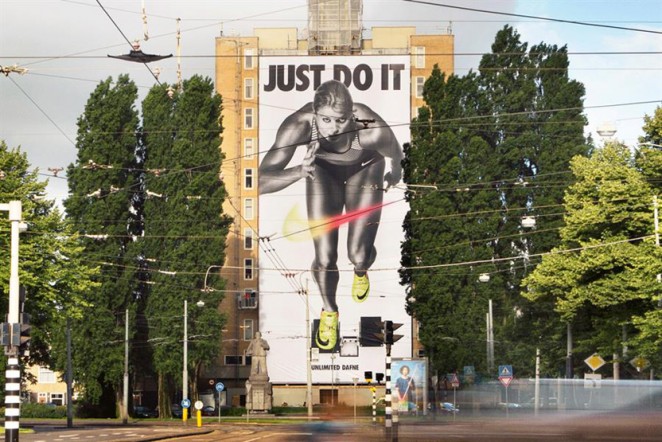 The combination of Schippers’ physical prowess, Watson’s discerning eye, and the vivid pop of Nike’s distinct shoes, not the mention the creative prowess of the team at Wieden+Kennedy London, makes for a striking series of visuals. Situated directly opposite the Olympic Stadium, as well as three sites along the Victorieplein in Amsterdam; the epic billboards will set the perfect stage for Dafne to bring home gold in her own backyard at the European Athletics Championships, taking place this week (July 6-10), as she lays down her intent for Rio. The campaign is set to run through to July 15.