The move is a huge blow for BBH, as the Axe/Lynx account was the agency's largest and most creatively awarded

The duo have been responsible for Axe/Lynx (depending on your country of origin) campaigns such as the Gold Cannes Lion winning “Apollo” integrated campaign and the “Monday/Wednesday” and “Soulmates” creatives. They also recently produced the Guardian's “We own the weekend,” campaign and the spellbinding “Waterslide” TV spots for Barclaycard. The move is a huge blow for BBH, as the Axe/Lynx account was the agency's largest and most creatively awarded. 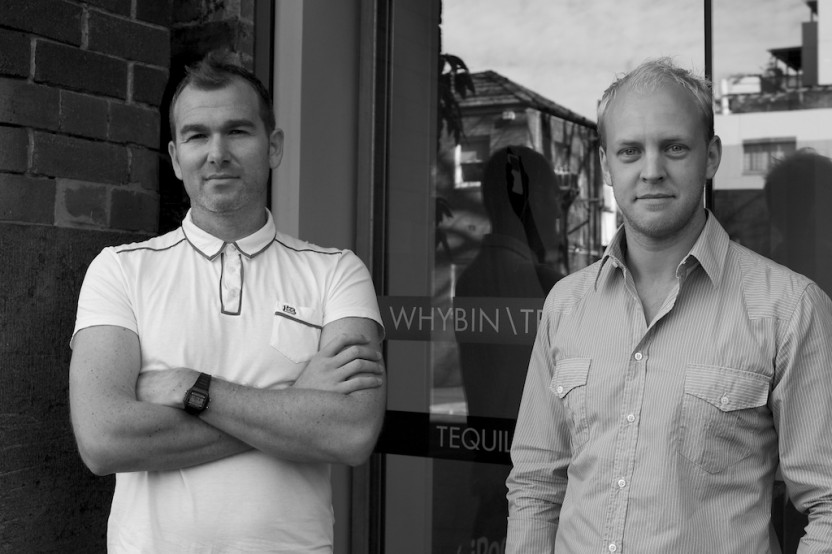 Paul Bradbury, the chief executive officer of the Whybin\TBWA Group, whose global clients include Adidas, Apple, Kraft and Nissan, believes the hire is a great coup for the agency and for the duo, who he calls “One of the most exciting creative leadership teams in the world right now.” He adds that they both “Respect the power of big platform campaign ideas, having been in the engine room at BBH, working on ‘The Lynx Effect’ for Unilever, ‘Keep Walking’ for Johnnie Walker, and the ‘We Own the Weekend’ campaign for the Guardian.” On a personal note, he also calls them “Outrageously funny, down to earth and strategically driven,” and feels they will fit in brilliantly at their new home in Sydney.

Scott Whybin is obsessed with teams “That get big bold campaign platform ideas that flow easily across every channel with consistency and class,” and feels that McCreadle and Haines are just such a team

Scott Whybin, the agency's chairman and regional creative director, says he's thrilled that McCreadle and Haines have chosen to return to the agency. He says he is obsessed with teams “That get big bold campaign platform ideas that flow easily across every channel with consistency and class,” and feels that McCreadle and Haines are just such a team. He says that having worked for the agency before they “Get the tone and pace that is required,” and adds that their “World-class training and experience at BBH London” doesn't hurt either. He believes the duo are “Ready to put their own mark” on the agency and he can't wait to see it!

Benjamin Hiorns is a freelance writer and musician from Kidderminster in the UK who thought the Barclaycard “Waterslide” ads were genuinely wonderful.