Why is animation so effective for emotional storytelling?

Karl Doran, founder and creative director of Flow Creative - the Manchester based agency behind BBC Children in Need’s 2022 animated video campaign - discusses why video animation is so effective for communicating emotive yet positive and uplifting messages. 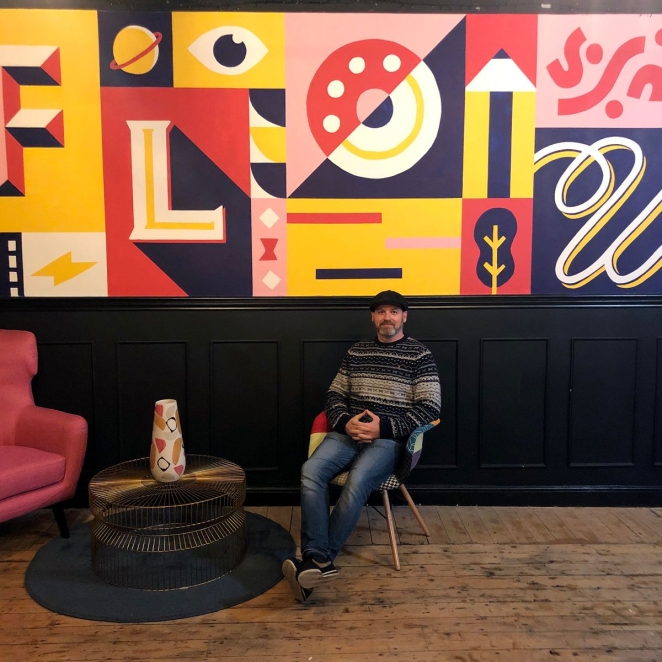 It’s no secret that positive news stories are few and far between these days. With the troubles both at home and away feeling never ending it can be debilitating to many of us, adults and children alike.

That is perhaps one of the most significant contributing factors to the shift in tone of mainstream charity campaigning, which has undergone a move away from the once standard black and white filtered expressions of doom and gloom, designed to tug at the heartstrings, to those that are a bit more colourful and hopeful. And that’s exactly what Flow Creative was briefed to deliver for BBC Children in Need through this year’s video animation to help launch its inaugural multi-year campaign - SPOTacular.

Having worked with BBC Children in Need in 2020, and growing up watching the annual fundraising event on TV, we were familiar with the charity and had a good understanding of the way it works. By fundraising nationally for UK-wide smaller charities it helps to raise vital funds for children living in poverty to help with everything from everyday supplies, to those things children need to flourish and grow into well-rounded, happy adults, such as sport, books and community activities.

A key difference of this year’s campaign was the target audience. Knowing that BBC Children in Need is always well supported by parents and adults, the charity wanted to appeal to teenagers and younger adults who it hopes can help keep the traditions of the charity strong while also reaching a new generation.

To achieve that, Flow created a spoken-word-poetry influenced script, which helps it to resonate with this younger demographic and adds a genuine warmth and authenticity. It will be aired  on digital platforms, such as YouTube, Tiktok and Instagram to directly target a new audience of teenagers and young adults, rather than traditional TV airing, as was the case in previous years.

Animation enabled us to create whatever atmosphere, tone and feel required without the limitations posed by real locations, actors, costumes. We can also create diverse characters - something that was integral to this brief as the video needed to represent and appeal to the full diversity of the families Children in Need helps, all over the UK.

BBC Children in Need is proud to help families living in all of the UK’s far-reaching corners. To represent that, we created a seaside town that could be anywhere on the south coast, a cobbled street that has the feel of a small northern town as well as including lesser seen landmarks such as The Angel of North in Gateshead rather than centering on a major city like Manchester or London to help the film feel inclusive to children everywhere.

Animation feels like the perfect tool for this brief for so many reasons but one of the main ones has to be the direct spots reference of the SPOTacular campaign moniker. We were able to convey so much by transforming the video with the addition of brightly coloured spots, that bounce along slightly gloomy scenes, bringing light, joy, relief, hope and of course, colour.

Flow achieved a visually striking look for the film using a colourful graphic contemporary style, and animated the characters and the campaign's iconic spots in a way that feels fun and playful.

In today’s world, particularly with the target audience in mind, the video had to be shareable on social media channels, in particular Tiktok and Instagram, so that had to be considered, too. By focusing on the emotional and uplifting feeling it gives you, we hope viewers will feel compelled to share the video to increase views and in turn, raise more funds.

As the video will act as a key campaign driver in the run up to the annual fundraising evening, which of course, is the most high-profile event in Children in Need’s calendar, it also had to encourage people to take part in fundraising activities, to buy the merchandise and to donate if they can.

Animation enables us to convey emotions in a more nuanced manner, so there’s less pressure while the impact is clear, which is why so many charities are choosing to produce their campaigns using this method. As well as BBC Children in Need, Flow’s made animated films for third sector organisations including the Mental Health Foundation to promote Mental Health Awareness Week and Syria Relief to raise awareness of the ongoing conflict.

We use a hearts then minds approach to all of our work, helping our clients to reach their audience on an emotional level. Research tells us that humans make decisions based on emotion, post rationalising afterwards, so charity campaigns that aim to create a change in perception, attitude or behaviour have to touch people’s hearts if they are to succeed.

Charities like Children in Need can't change the economic climate we find ourselves in, and aren’t able to pull children out of poverty completely. What they can do is help to improve the lives of thousands of children all over the UK and allow them to be children by providing the opportunity to play, make new friends and enjoy activities such as sport and music.

Video animation is an impactful tool to sympathetically convey this overarching message in a way that offers hope and demonstrates how the smallest things can make the biggest difference to people’s lives.