Matthew Huntley lives and breathes film. You can say that of many directors, but for few it is as true as with him. Constantly looking for inspiration, endlessly focused and with a specialism in documentaries, Matt is a prolific director/filmmaker and one who we're absolutely sure puts every inch of his soul into a new project every single time.

From Western Victoria to London, Matt has travelled far and wide to pursue his dreams and he saw his own craft being revolutionised by the arrival of technology. Yet it is blatantly obvious how much he loves his job, as he could go on endlessly to list a series of films which are somewhat of a huge source of inspiration to him. His story, detailed below, is just as exciting.

For this Member Spotlight, we are moving behind the camera to have a chat with the man behind it all – a talented director with a passion for planning, learning and creating exceptional work. 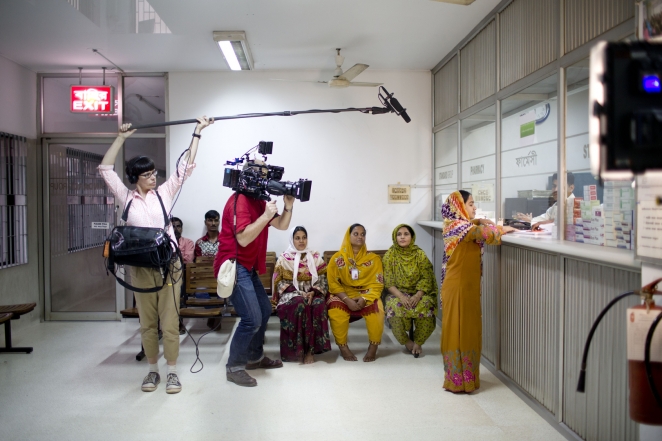 After studying Graphic Design, I got a full time job as a production assistant making TV commercials in Melbourne, Australia. Then I managed to get a place at what was the Swinburne Film school in Melbourne and did the 3 year BA course in filmmaking. I then studied cinematography at the Australian Film Television and Radio School in Sydney.

I’m based in London for the time being and I work as a freelance director. I also have a small production company which I produce work through as well.

I grew up on an organic farm in Western Victoria, Australia, so an interest in sustainability and ecology was baked in from an early age. With every year I get more concerned and committed to environmental causes so I’d probably be working in that sphere. Either that or working as a ranger for one of the massive wilderness parks in Eastern Australia. 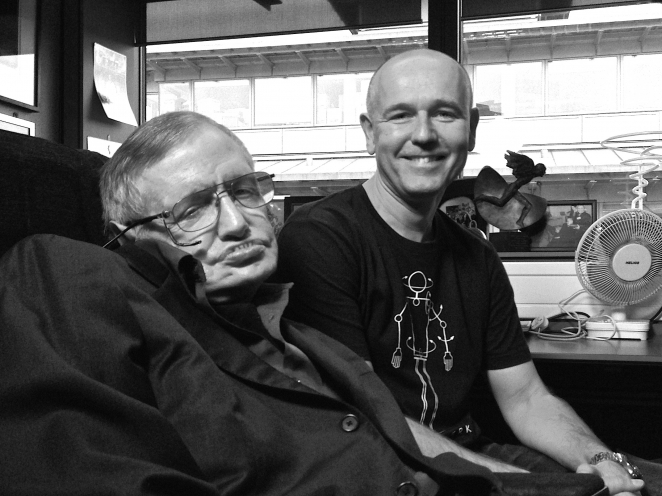 The three P’s. Plan. Plan. And Plan. Beyond that I’m pretty instinctive when I work and feel most comfortable in a flow state. Quite how you maintain that state when, as a famous director once said, you’re being pecked to death by Penguins, is a mystery. I guess after all this time, subconsciously I can spot the gaps in the melee in which I can think freely. But sometimes this game is like standing in front of a snow cannon spewing a torrent of ideas, requests, crisis, practical realities and random events at you. It’s still frankly miraculous to me that anything coherent comes from this process. But it does and there’s the magic. 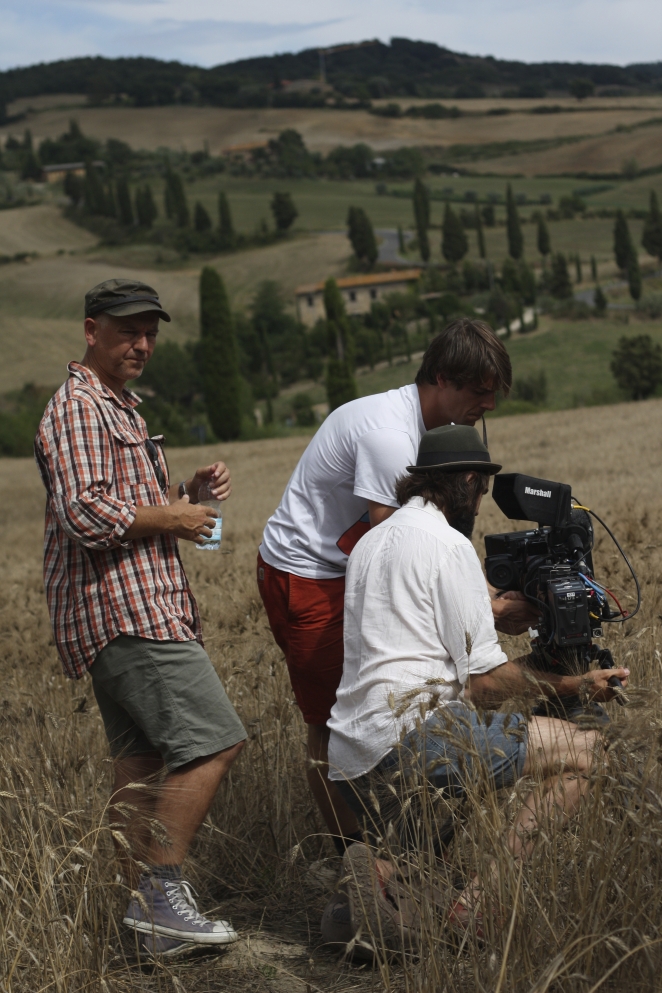 I am a practitioner and a generalist in a business that increasingly demands people specialise it seems. I spent quite a few years as a lighting camera operator and my job often involved meeting directors on the day of a shoot and having to assimilate their ideas very quickly, working with what was to hand on often stupidly tight schedules. So I often had to work up a style, a look, or a visual narrative on the hoof. Do that often enough and I think you get a very pragmatic approach to practicing craft, knowing when to push, when to plan. And when to run away screaming.

Hero's? There’s just too many to name. Here’s a top-of-the head list. The Coen Brothers because they’re amazing, distinctive story tellers. Roger Deakins, John Seal & Dean Semler because they’re genius’s with cameras and lights. Kathryn Bigelow because she is a fantastic, kinetic film maker in a field which had previously been considered the preserve of male film directors. Jacques Audiard because of A Profit and The Beat My Heart Skipped. Sam Raimi because he’s so wonderfully bonkers. Sofia Coppola because she’s brilliant and Lost in Translation is just superb. Jane Campion, just because… though I’d argue the Piano doesn’t deserve its praise. Thomas Vinterberg because Festen blew my mind. Paolo Sorrentino…

The opening ten minutes of The Great Beauty is electric. The rest of the film is fabulous too. Craig Maizin & John August because not only are they fantastic writers and producers, their podcast Scriptnotes is now required listening. Charlie Kaufman because how often do screenwriters get their due? Herzog for his documentaries which are always interesting and frequently sublime. And finally Carroll Ballard for his wonderful film Never Cry Wolf which has pretty much disappeared but should be seen. It might have been the film that helped me make up my mind. 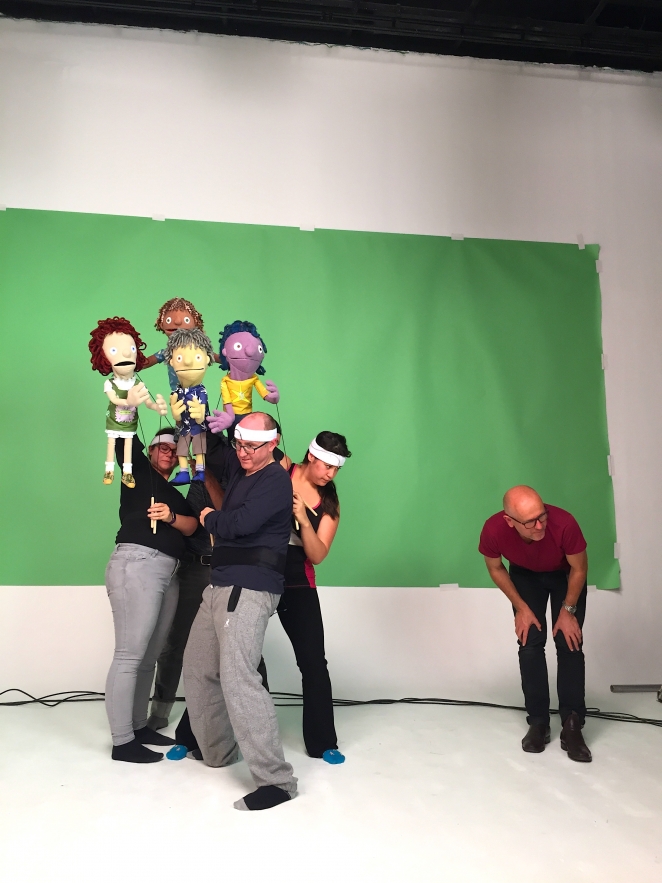 Mark McKenzie and Charlie Druce from Coast have been great fellow travellers since 2006. They’ve been terrific collaborators and great company. There’ve been quite a few others down the years but it’s in the nature of the business that there’s a lot of churn.

On one level the business has been blown wide open by the availability of high quality, affordable equipment and that’s great. But when I started out just getting into Arri rental or Panavision to play with some gear felt like a privilege let alone getting a paid job. Now £15k will get you a good starter kit for shooting promos and documentaries and that’s great. Similarly the amazing computing power that’s available to the average consumer is phenomenal. I started out cutting on Umatic tape machines and 16mm Steinbeck's. Now all postproduction “can” be performed on a laptop.

I’ve been working with Davinci resolve lately and it’s been a fantastic learning experience grading my own work. But this access to equipment also highlights is how intensely tribal this industry is and that getting time with professional gear was only ever one hurdle of many. Nowadays we have the power to make amazing film but making a living has never been harder. Coming from camera craft as I do I feel sad for anyone wanting to be a lighting camera operator/DoP today because the opportunities to be paid while you work you way up are rapidly diminishing. I saw an ad for a job the other day that asked for a “Shooting Producer/Director who was experienced using prime lenses” and my heart sank a little. One of the reasons I got into film production was to  work with others who’ve made a decision to focus on a craft and this collaborative experience is disappearing. 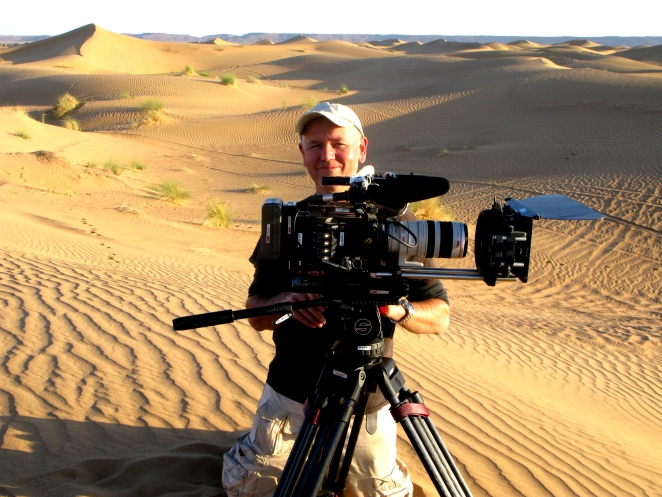 Reading, music and art. That and great conversation over pint with people who love film.

Every job and surviving it. Seriously though sometimes the work is like a rush with little time to contemplate where you are, what you’re doing, and who you’re doing it with. Moments I have loved? Swinging off a rope in the dark, in the middle of an atrium in the Bent Pyramid in Egypt shooting archeologists climbing a ladder to a tomb. Paddling a kayak through Glacier Bay in Iceland for a shot. Most recently directing and shooting some interviews with kids for a short film I made in December, probably the one at the head of this interview.

Cycling and walking are invigorating. Hanging out with my son and looking at bugs/airplanes/cars/art remind me what’s really important. That and cooking. 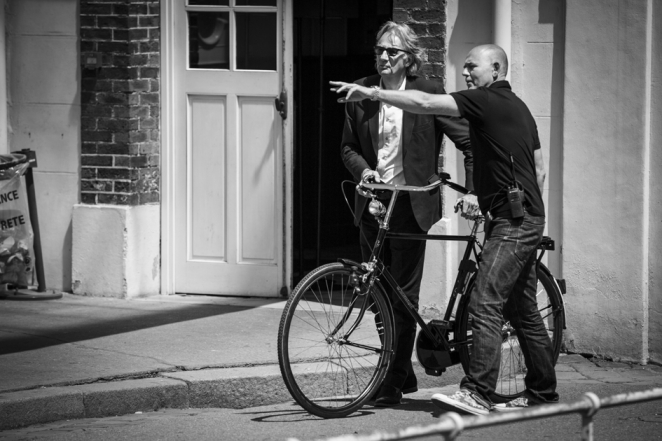 Well Covid has driven a truck through all our lives so I’m not so sure that I have advice beyond this; it all boils down to commitment. You have to be committed to what you do and never forget that as creatives we are at the pointy end of discretionary spending. Oh, and if you’re going to be weird, be fun and weird.

More financial support for freelancers to increase diversity within the business. A healthy culture needs to represent everyone not just those of independent means. 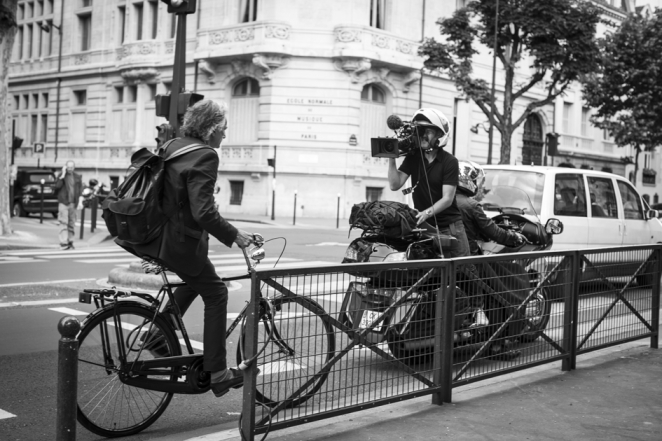 Script-notes is essential for anyone who writes and a wonderful resource for everyone in business or aspiring to join.

No Film School, but you probably know that already.

Cronenberg on Cronenberg is just a wonderful book about David Cronenberg. Brilliant and insightful, not just about film but about life.