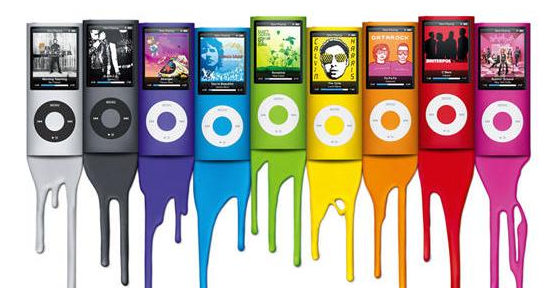 Vinnie Chieco. The freelance copywriter who named the iPod.

The year is 2001. Vinnie Chieco, a freelance copywriter from San Francisco is sitting in the offices of Apple Inc. He and a small group of other freelance writers are here to name a rather interesting new product Apple is launching.

Before the writers are shown the new product they receive some background information. The device plays music, but not in the traditional way. The Apple team claim that listening to music will never be the same again. One guy explains, 'We've invented a whole new category of digital music player that lets you put your entire music collection in your pocket and listen to it wherever you go.

In 2001 digital music players are not completely unknown. They are either big and clunky or small and useless with equally terrible user interfaces. But for the new device from Apple their top designer Jonathan Ive has created something quite unique. 'It fits snugly in the hand and, in just a couple of clicks of the scroll wheel, you can zip through the tunes stored on the device.

The freelance writers are busy scribbling notes as one the Apple team explains, 'Essentially, it's a tiny computer that can be used outside of a main computer for certain, specific purposes. Think of it as a small device that is a part of something much larger.

When Chieco is handed the prototype the simplicity of it comes as something of a surprise. He is taken by all the glossy whiteness and it triggers something in his memory. This use of white is something he's seen somewhere before. Then he remembers - Stanley Kubrick's 2001: A Space Odyssey. The shiny white interiors of the space ship. The EVA pods. One partricular line from the movie jumps out, 'Open the pod bay door, Hal!

Chieco's image of a space pod pushed all the right buttons. It perfectly described the relationship the MP3 player would have with a main computer. It was memorable. It felt new and cool. And with the word 'pod settled upon, it was only a matter of adding the 'i, the standard prefix for nearly all of Apple's products over the past decade.

The interesting thing is, when the iPod was launched few were convinced it would win over the market. Apple's MP3 player was neither the first nor the cheapest nor the largest capacity device on the market. At that point it was only compatible with Macs “ the majority of people used PCs.

What's more, many thought iPod was a silly name. Technology bloggers soon decided iPod must stand for "Idiots Price Our Devices", "I Pretend It's An Original Device" or "I'd Prefer Owning Disks". But within five years, via its iTunes Store, Apple would go on to become the number one music provider in the world “ all but taking over the music business. Now, in 2011, Apple is set to become the world's most valuable company, overtaking the current leader, oil multinational ExxonMobil.

And as for the Apple iPod, everyone's favourite music player is 10 years old next month.

John Fountain is a freelance copywriter