David Uzochukwu is a talented, young visual artist living in Brussels. After first picking up a camera at the age of 13 he taught himself how to use it and developed a personal photography style through powerful self-portraiture. His hallmark approach of emotional, bold imagery set against a backdrop of dramatic skies turns heads, most recently that of FKA Twigs who asked David to join her completing the still imagery on her Nike collaboration which she conceptualised and directed. The result is a stunning photo series which signifies David’s arrival as a fully-fledged professional photographer. We expect great things from this visionary 18 year old.

Hi David! Welcome to Creativepool. What was the first photo you ever took?

Hi! I think it was a photo of a flower which I took on my mum’s old digi camera whilst on holiday. I immediately loved the feeling it gave me of being able to put the world in a new order according to how it interested me. I had to work my way up to it, but then I started taking self portraits between the ages of 13 and 16 which helped me not only develop my style, but also helped in daily life as I discovered new things about myself. 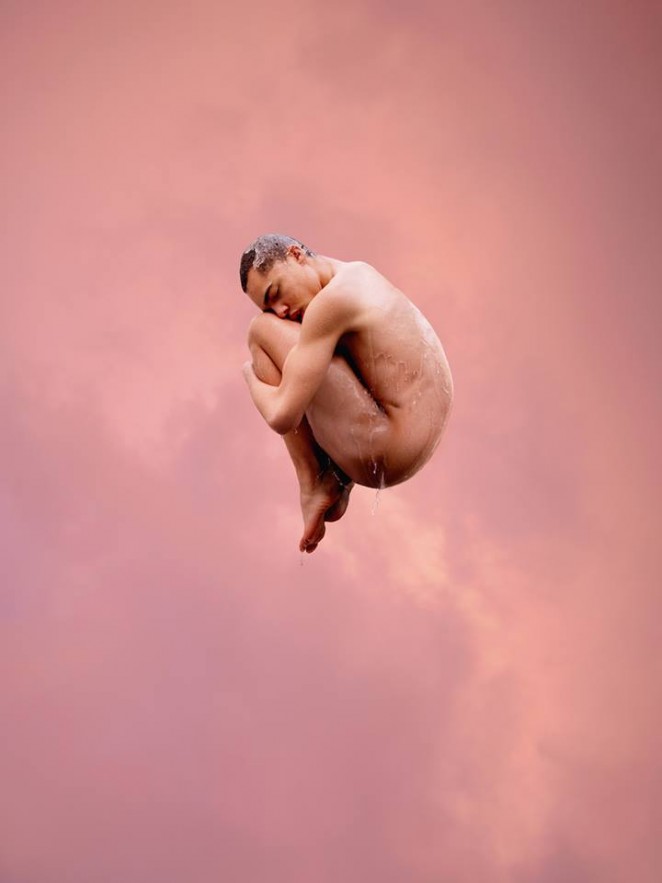 What would you say you’re interested in exploring through your work?

A sense of uniqueness I guess. When I approach a photo I do it for myself as I try to discover different facets of beauty in things, so in that sense everything I do is a form of self portraiture. I dig and dig until I find something I relate to and then I shoot it. Through undergoing that process I discover new things in myself as well. 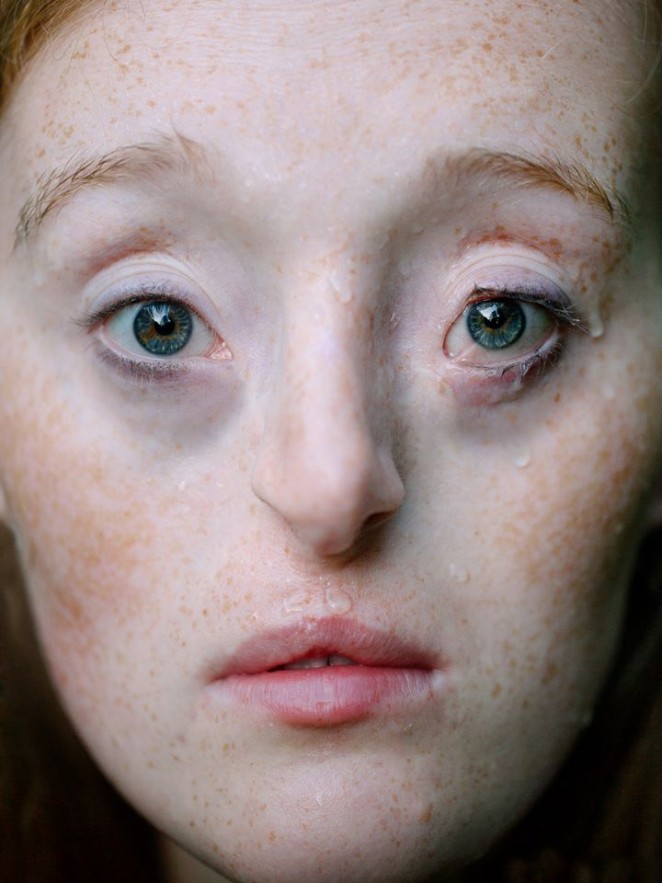 Which of your images are you most proud of?

I’m never really proud! I’ll have a honeymoon period with an image or shoot and then I move on. But around two years ago at a photographer’s gathering I took an image of a girl with a wet face and I still love looking at it. It’s in a casual setting, it’s light and I think it’s fresh and timeless. I can image I’ll still like looking at it in ten years time as well. 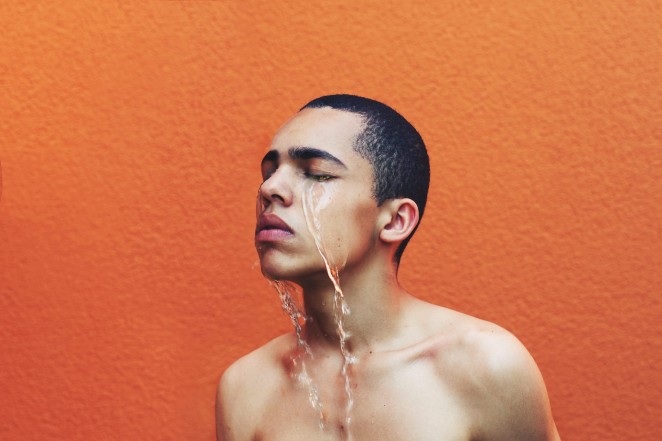 What do you have planned for 2017? What direction do you want to take your work in?

Well now I’m not at school anymore, 2017 is really a gap year for me after graduating last summer. I’m working on multiple projects for clients, but for myself I’m working personal, small motion projects so I guess that’s a direction I’d like to take my work in. I always have an issue with not making myself accomplished enough, and moving image is one way forwards for me. 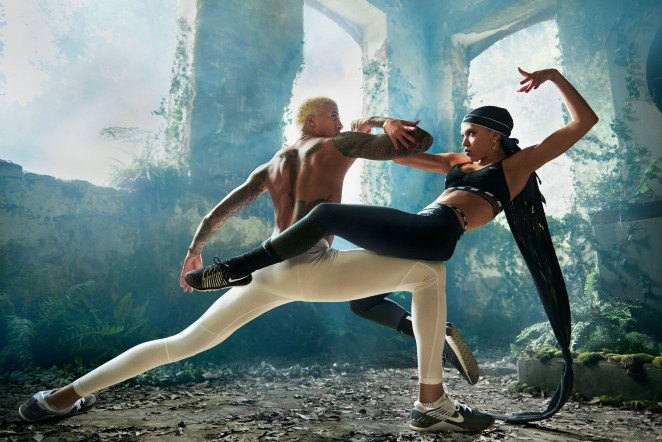 Tell us some more about your recent shoot for Nike with FKA Twigs. What was the brief?

Twigs approached me based on my pictures because she wanted the images taken in a certain ‘elegant’ way, but this was only an outline. When we got to the location -abandoned ruins in Mexico City, it was really a collaboration between everyone involved and in that respect I had total freedom. We still had to sell a product of course, but I was working from 5-1am some days squeezing in shoots between the motion scenes and the whole thing was a very fluid association. 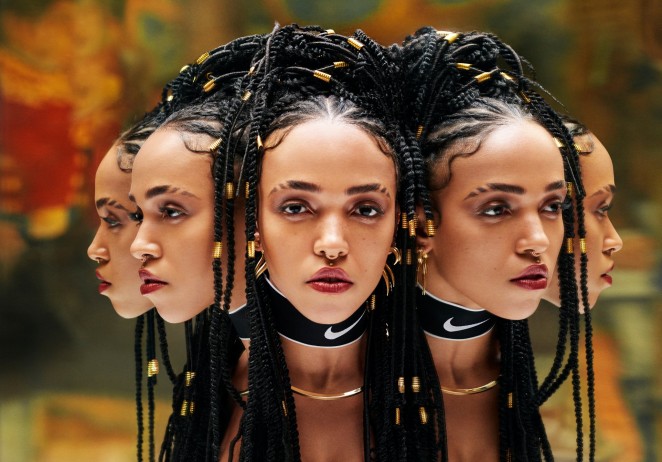 Sounds amazing! What was the main thing you learnt on the shoot?

The main challenge was finding the balance between my own personal vision and what Nike wanted me to create. I learned I was capable of defending my own vision though whilst still being flexible with other people’s. It was an incredibly inspiring shoot, there were so many talents on set all working together with the passion to create something amazing. We pushed ourselves to our limits because of that fire to keep on going. 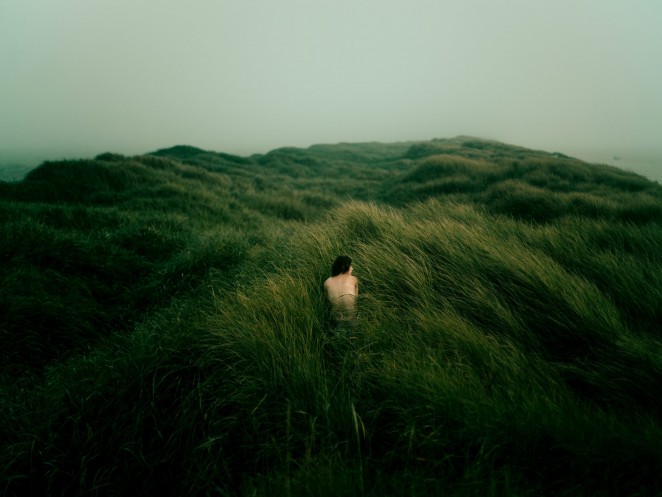 Yes and the location really is stunning. Dramatic landscapes are a bit of a thing for you aren’t they. Where’s been your favourite location to shoot in?

I was on a road trip with friends two or three years ago and we were at the coast in Oregon, with beautiful long grasses and strong winds. It was such an amazing dreamscape and now when people see the picture they always think it’s been man-made or photoshopped. 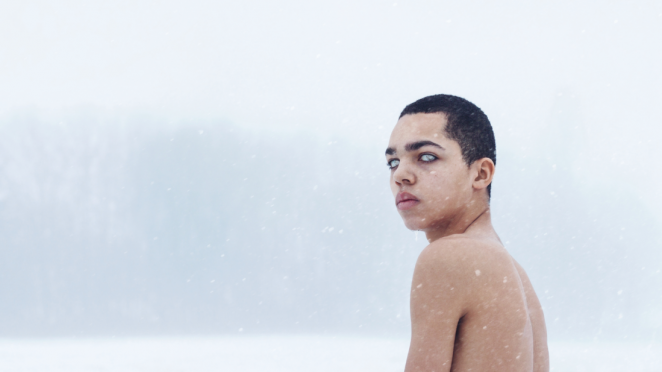 Italy definitely, as well as the African continent. There’s a lot of beauty back home in Nigeria and I want to tell those stories. 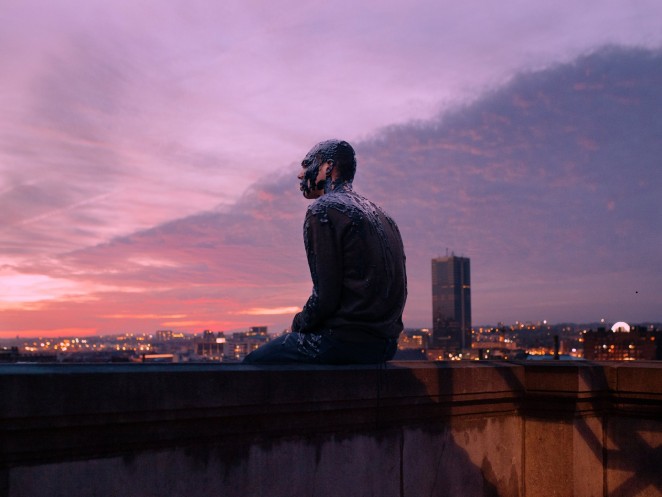 Your ‘A Familiar Ruin’ self portraits are disarming, what was your creative process with them?

This was an emotional series for me, I decided to do it after a moment of insight and turmoil and they really embody how racism has shaped me. Usually I only shoot single images so this was the first time I’d worked in a series and I spent most of the shoot cold, naked and covered in paint which stung my eyes. I was in actual pain whilst I made the series and it was a total pain to make, but the four month period was a hugely rewarding challenge. 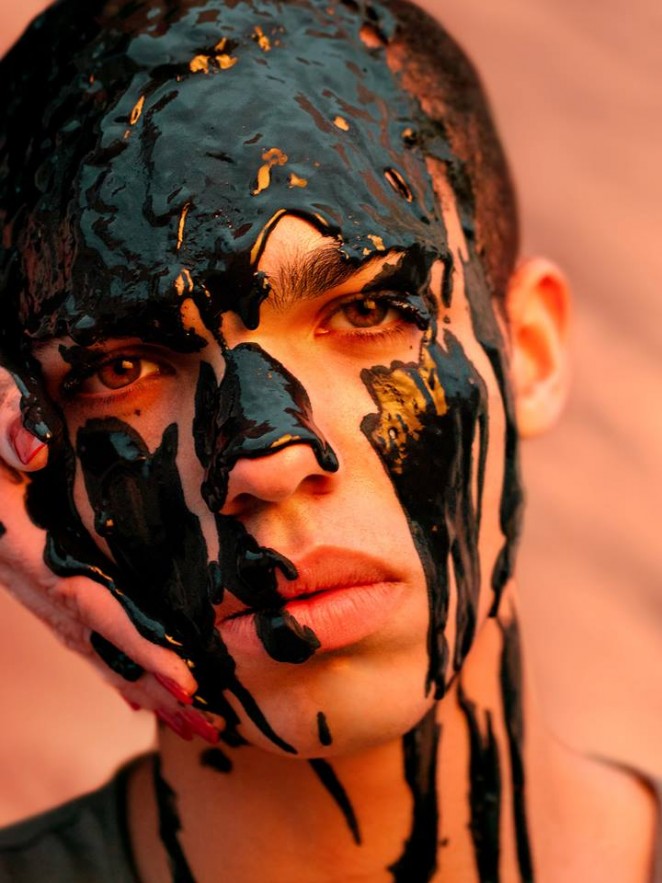 And finally, tell us, who’s work inspires you?

Gregory Crewdson is an absolute monster of his craft. I love his early Twilight series, particularly the lighting. He just puts so much effort into a single image. 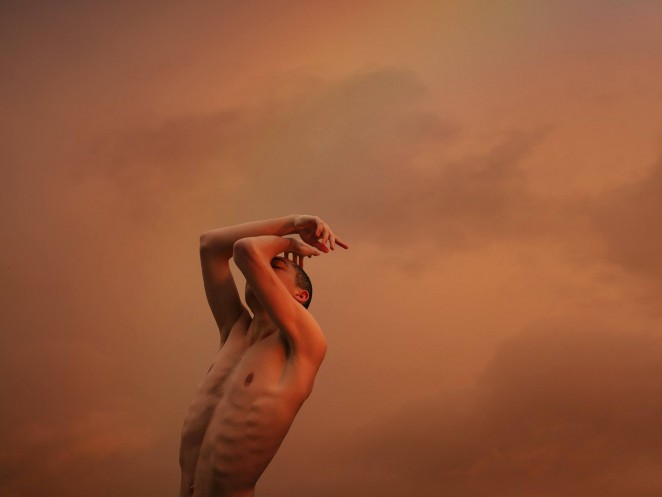