After pissing off a new neighbour during a flat warming party in 2015, Freddy Taylor serendipitously landed his current position as Art Director at Wieden + Kennedy. We chatted to him about why it feels like home...

Tell us about how you started out in this industry, and how you ended up in your current position as Art Director at W + K.

I was never a fan of the big creative graduate exhibitions, they’re filled with mega talent but remind me a little of cattle markets. So after graduating from Edinburgh University in 2012, I picked my top ten creative studios in London, approached them asking if it would be OK for me to send a sample A5 portfolio and then designed a different one for each. Fortunately all ten got back to me and the result was an internship at the Dutch advertising and design agency, KesselsKramer. I spent two and a half years in the London and Amsterdam offices, where I worked on CitizenM, Umbro, Moo.com, The Standard, various publishing projects, curation of the KK Outlet Gallery and fundamentally learned what it means to be an Art Director.

Wieden + Kennedy approached me in 2015 after I pissed off a new neighbour (who happened to work for them) during a flat warming party. I went round to apologise and a week later he (fortunately) put me forward. 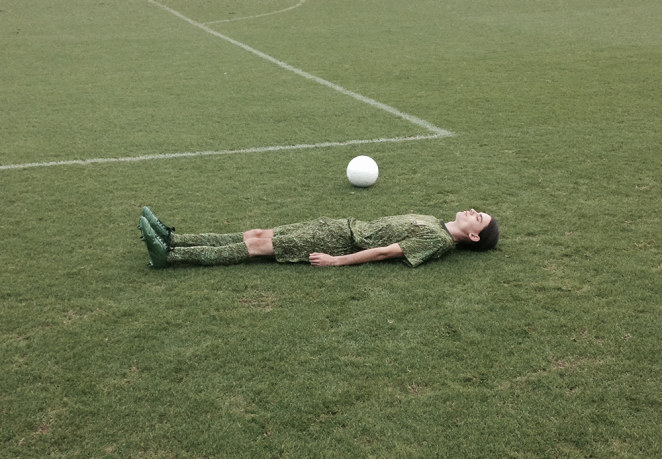 As well as working as an Art Director and Designer you also still work freelance, how do you find the time?

I think it’s about being super selective with what projects you say ‘yes’ to. If I’m going to spend my evenings and weekends on something, I have to love it. Often it’s the projects where there’s a potential to collaborate with a tremendous illustrator, film maker, CGI artist, web developer etc, that gets me the most excited. 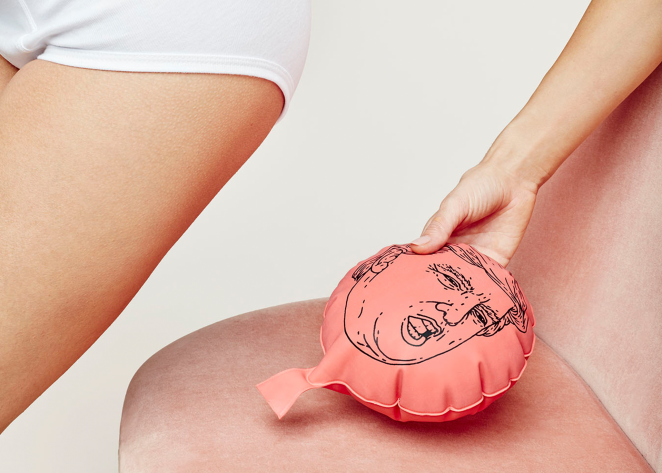 We love the Trump Cushion! Can you tell us a bit about how the collaboration came about? Was the idea always to make something satirical out of Trump's name?

The idea was always to make a whoopee cushion that raised money for charities who stand to lose out if Trump becomes president. We also wanted to give the world a chance to sit on his face.

Nicholas Bell, Eoin Glaister and I wrote up a dream list of four names we thought would be perfect to help bring the cushion to life: Illustrator; Mr Bingo, photographer; Luke Stephenson, 3D illustrator; Thomas Burden, and web developer; Richard Cook. All of them said yes straight away.

Since the launch we’ve sold over 3000 cushions. I’ve also been getting quite a bit of hate mail off the back of it, so it’s good to know we’ve touched a few nerves. (Plug), buy yours here. 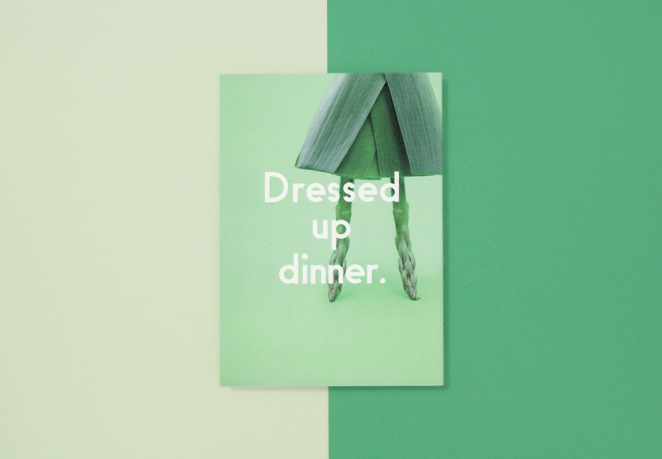 What current design trends are you enjoying?

I’m not sure if it’s a trend, but recently I’ve really enjoyed diving into a ‘3D game-play’ aesthetic for a 2016 Stride Gum campaign. Oh and I’ve got a lot of time for the 'Droste' effect.

What's your favourite kind of brief?

The work that seems to get the most attention, has a sense of relevance to what’s happening in the world at that moment. The nature of a traditional briefing process makes it much harder to produce work that seems reactive in this way. So I guess my favourite would be a rapid brief or an opportunity that asks you to be responsive to something at that very moment. 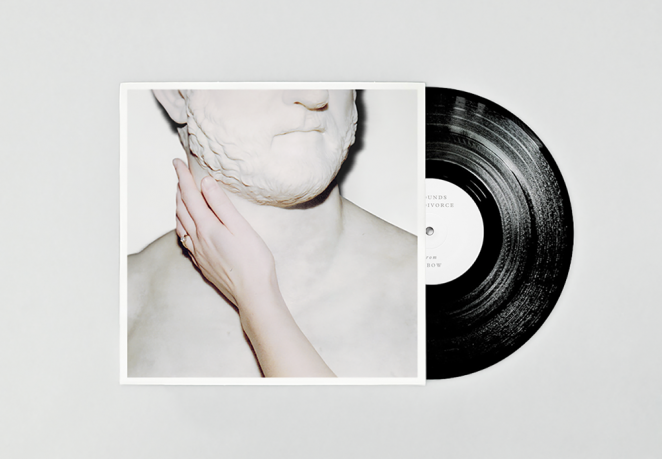 Where is 'home' to you and what does it mean for the kind of work you produce?

Wieden + Kennedy. Firstly, it has some wonderful nooks, crannies and booths to hide away in and work. Secondly, its open plan studios are filled with people, all with an abundance of experience and all willing to take the time to talk through a project. Thirdly, it’s an incredibly ambitious company, regularly challenging how it works creatively. Just last week they appointed former Bloomberg and MTV Creative Director, Richard Turley, to spend the year visiting all seven of the W + K offices acting as a ‘human laxative’. He’s challenging us to put out much smaller, higher-quality projects regularly, and fast.

What's been your biggest creative challenge of late?

I just got back from New York where I recorded a Snapchat Shoot with DJ Khaled and Kent Jones. We were recording a track for Stride Gum and broadcasting the entire day’s progress through his phone, live. There was a loose plan of how the day was meant to play out, but when you’re working with one of the world’s biggest producer, nothing goes exactly to plan. Fortunately we had a mega five-strong team to ensure we were able to steer the narrative and showcase the track to his 12 millions followers. We also convinced Khaled to climb a fairly rickety fire escape to ’snap’ from the rooftop.

What are you most proud of? 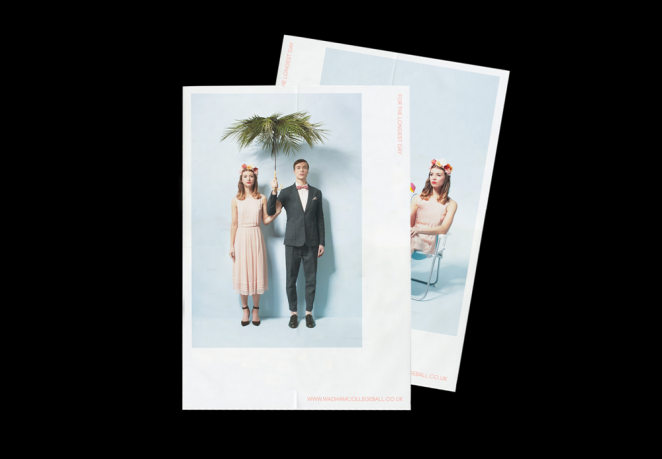 What new technology has got you excited?

So it’s not really a new technology, but the ‘Stories’ features on SnapChat and now Instagram, has certainly caught my attention. I’m very excited to see how these new platforms allow new stories to be told. I wonder how long it will be before there’s an Oscar nomination for one of these ‘Stories.’ 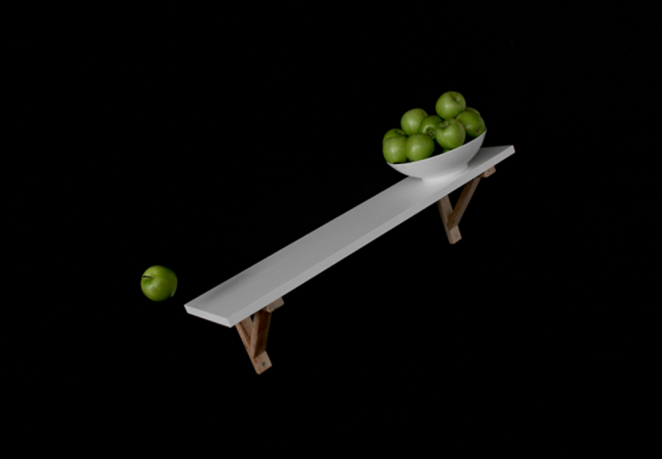 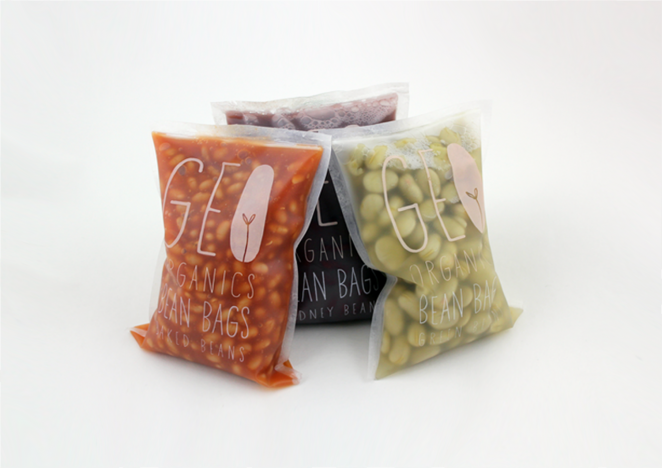 "We wanted to give the world a chance to sit on Donald Trump's face." Can't argue with that.

Matthew Huntley lives and breathes film. You can say that of many directors, but for few it is as true as with him. Constantly looking for inspiration, endlessly focused and with a specialism in documentaries, Matt is a prolific director/filmmaker...