Studio Murugiah is an award-winning multidisciplinary creative studio based in London, specialising in illustration, art direction, typography and design. Having produced work for Disney, Marvel, Lucasfilm, Little White Lies, Scribbler and LEON, as well as being part of a D&AD award winning team, we predict great things for this trailblazer. Here's what founder Sharm Murugiah had to say to us...

So first up tell us how your studio came about

In all honesty Studio Murugiah has been brewing for some time now. After completing a graduate degree and a masters diploma in architecture, I freelanced for a couple of years before working as a graphic designer and illustrator at Scribbler Cards and then at LEON.

Both experiences were great and I had learned so much, but throughout this time I was building my freelance career in the evenings and a few months ago I decided to leave LEON and start up Studio Murugiah. 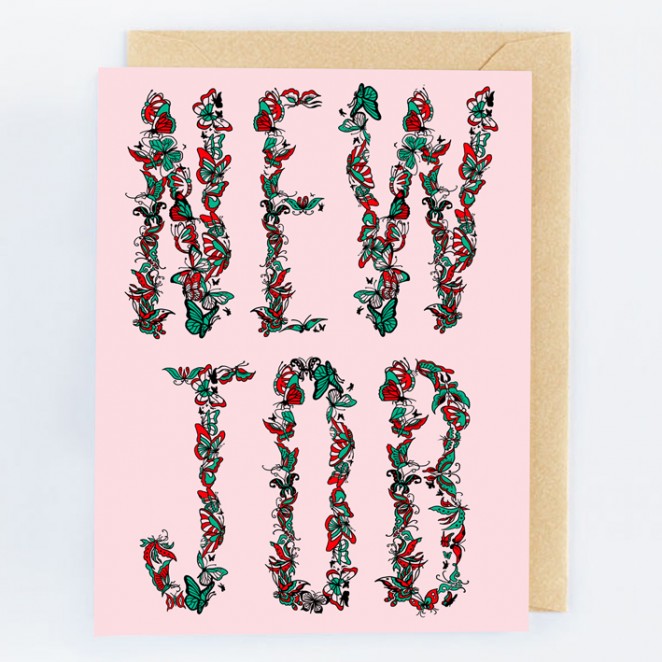 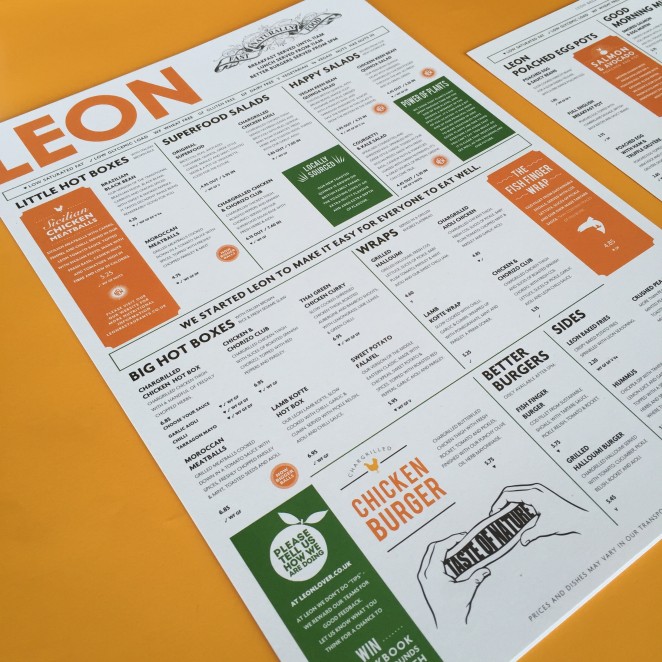 You specialise in illustration, art direction, typography and design. Which came first and how did your other areas of expertise factor in along the way?

I always thought it was quite silly to put labels on things, I feel that everyone can be creative and I am very much in awe of anything that has been designed well. Maybe coming into this profession from a background in architecture has given me an impartial view. But to answer your question, drawing came first. It is the basis of everything I do; pencil to paper.

As a kid I remember redrawing the work of illustrator, Giles Greenfield, from the book cover of Harry Potter and the Goblet of Fire and I had this movie art card of the t-800 endoskeleton from the film Terminator 2: Judgment Day which I was obsessed with.

During my freelance years I got enjoyment out of the problem solving side of design and now it feeds into the illustration work I do. As mentioned before, I feel my experience as an architect and an ability to see the wider picture factors into the work I do now. 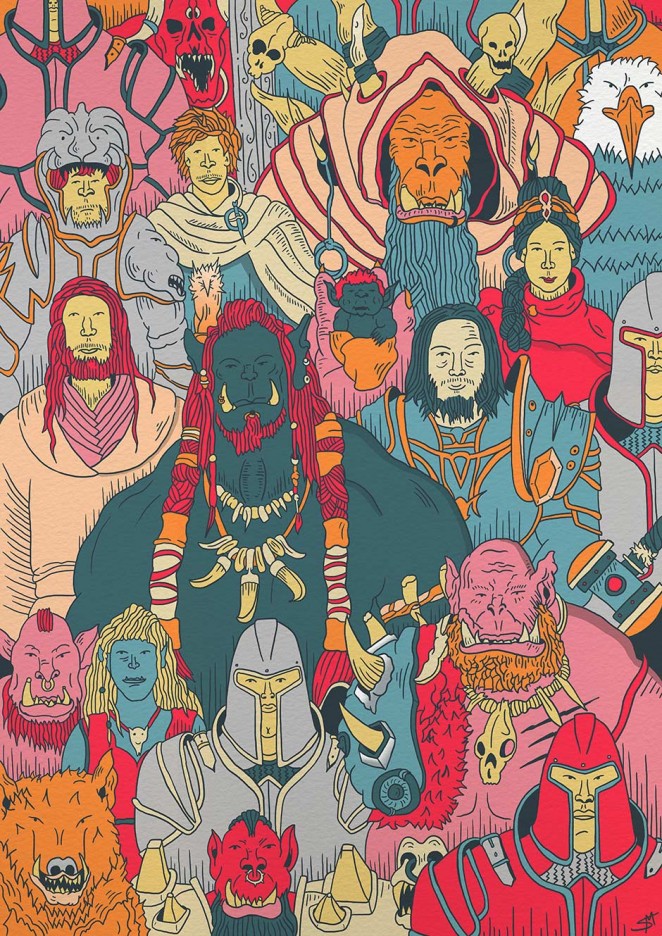 London is a great city BUT I get inspiration from my friends! The friends I went to university with are all architects, product designers, artists and illustrators. And they are all very inspiring. Three friends in particular would be Lynnie Zulu, Hattie Stewart and Eve Lloyd Knight. Three mind blowing creatives and great friends. 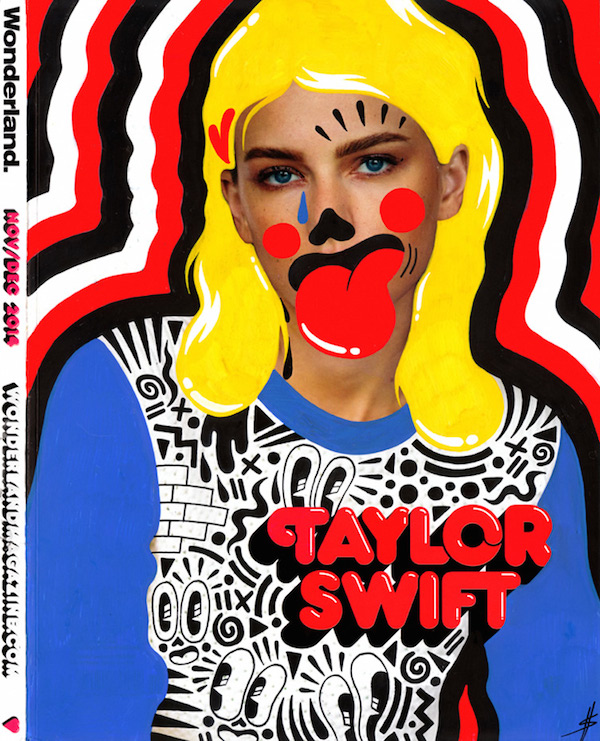 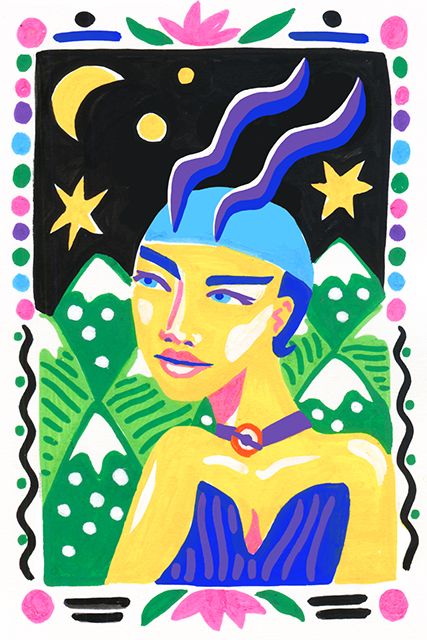 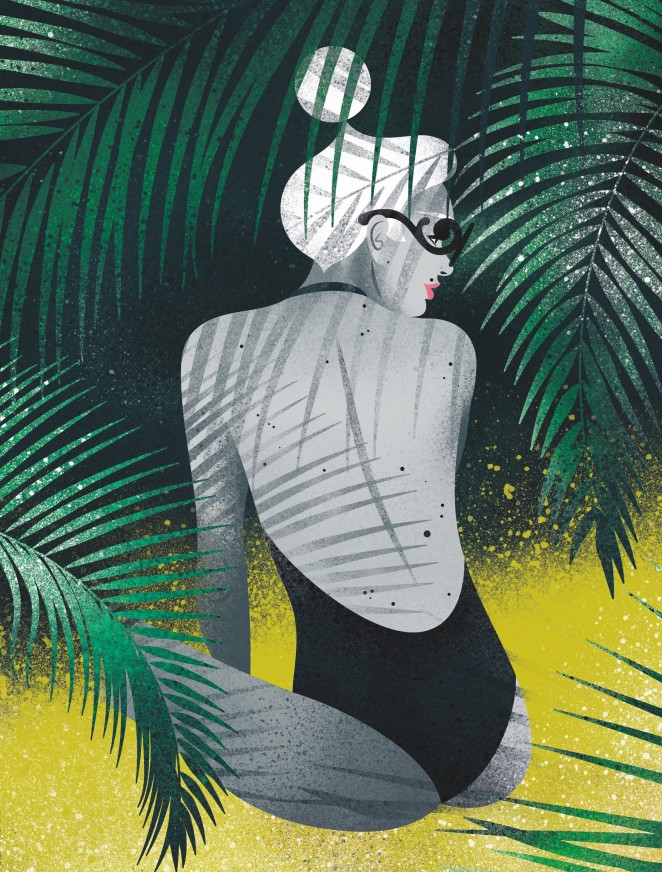 What’s been your most challenging project to date?

I did a series of 10 book covers for British publisher, No Exit Press, for the crime-thriller author Jason Starr. The images created were a series of visual puns based on creepy imagery from Polish film posters. Towards the end it was tough to decipher how the contents of each book could inform the design of the cover. But I got there in the end.

What projects have you got coming up that you can talk to us about?

I am working on initial ideas for an editorial illustration for Balance magazine after I was profiled in an earlier issue. It’s a great topic of illustration and something I haven't worked on yet so that’s always fun. And I recently did an illustration for the Shelf Heroes zine that will be coming out soon. I like drawing lots of characters and filling the page with as many things as possible for the reader to discover. 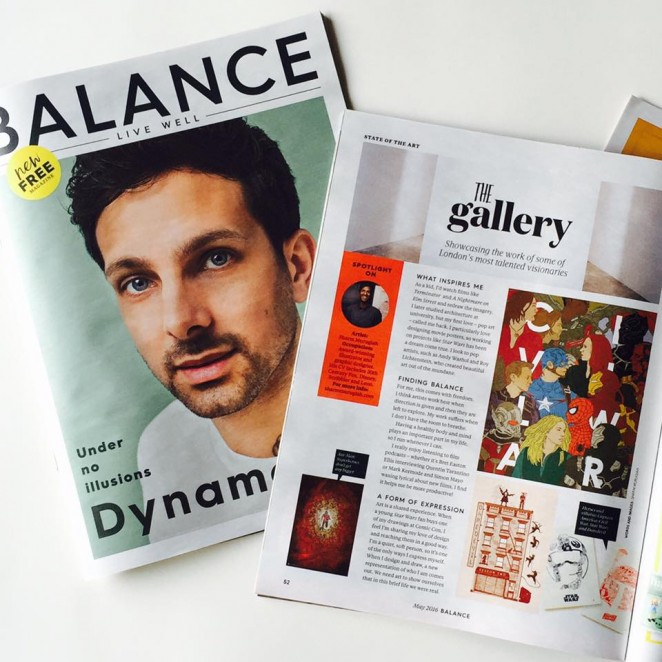 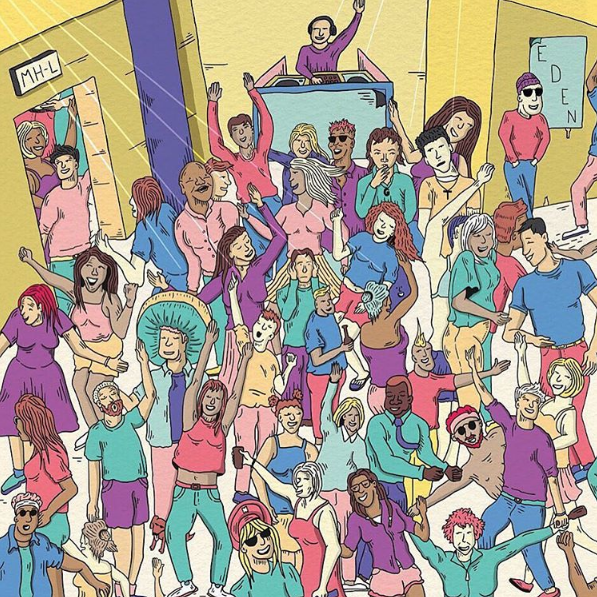 Tell us about your D&AD award!

A client I really like working with is Little White Lies magazine, being such a film fan I get to draw characters from the world of cinema, it’s great! The creative director over at LWL, Timba Smits, is a fantastic designer and all round cool dude. He got me in for an editorial illustration of the South Korean film director Hong Sang Soo.

In 2014 the issue got nominated for In Book Award, Magazine & Newspaper Design/Entire Magazine and won! As a contributing illustrator on that issue I was part of the award. It was a fantastic feeling to be recognised by peers and other creatives. 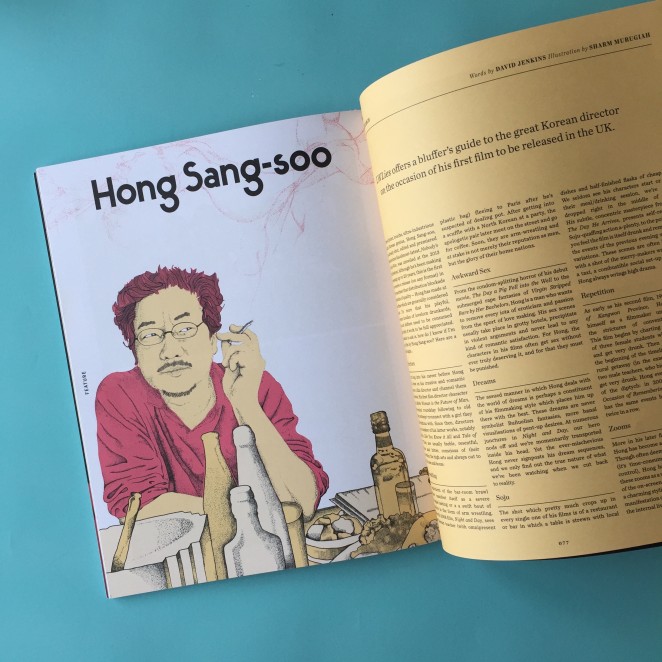 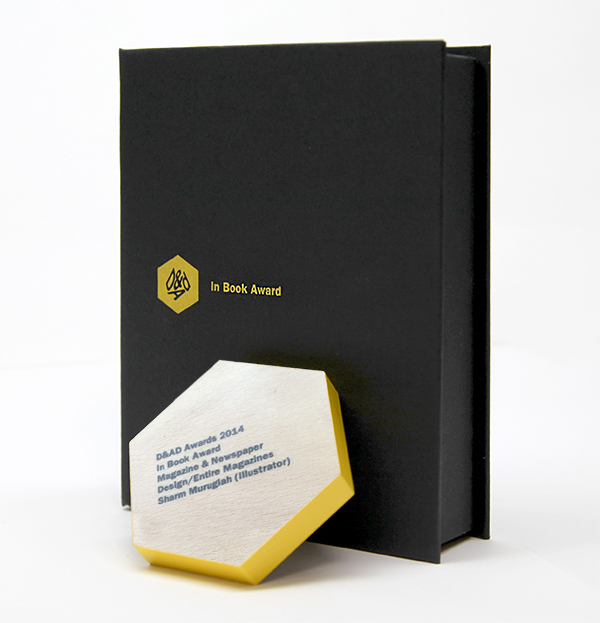 What’s been your favourite project you’ve worked on and why?

I would have to say working with Disney and Lucasfilm on the all-time classic that is Star Wars. It was a project conceived by the art collective I am a part of, The Poster Posse, as well as a pop-culture art gallery in Marseille called Le Cafe Pixel and Aceme Archives.

I had previously only remotely worked with my art collective, discussing ideas and drawings over our group Facebook page and taking part in online shows, so this was the first opportunity to meet some of them in real life! 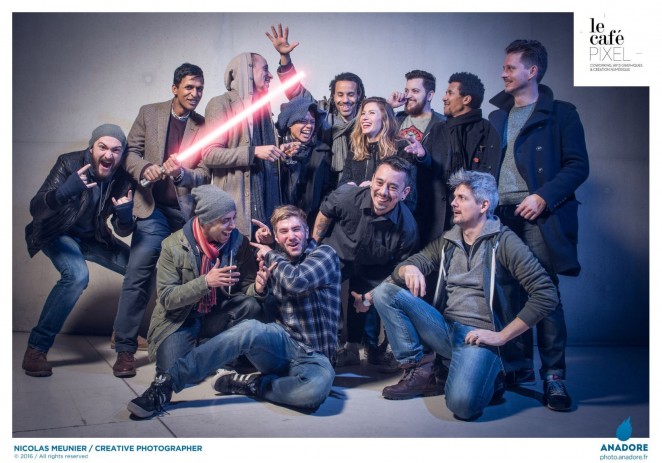 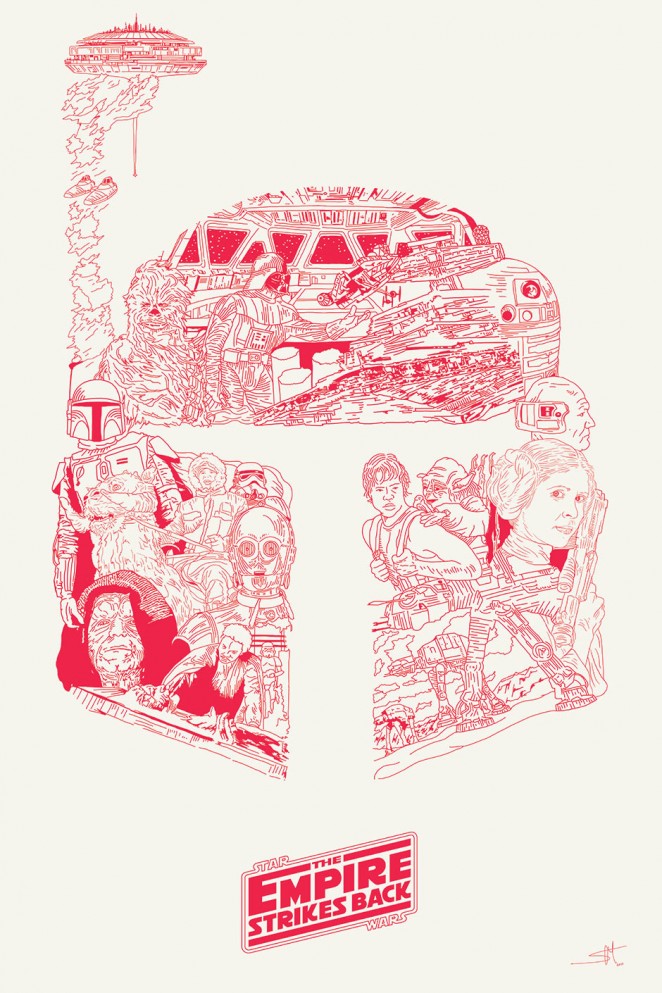 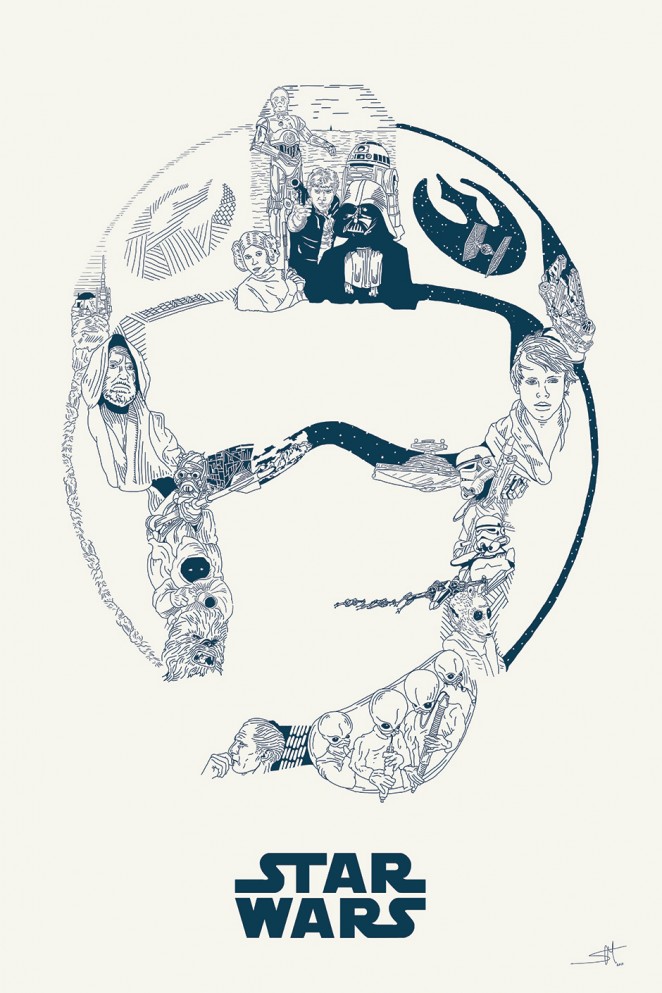 Tell us a bit about your office, what’s in there to inspire you?

I work from a small office in the spare room of my flat, it’s a tiny little space with walls covered in prints and designs and reference books and materials. I would say my favourite thing in the office is a risograph print from the Human After All Studio of a Geoff Mcfetridge ‘Where The Wild Things Are’ image. 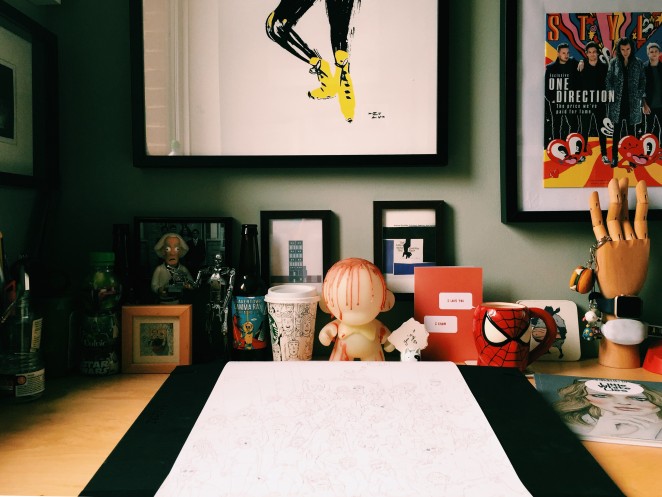 What’s your favourite spot in the world to work in?

That desk (see above) but I’m planning to move somewhere bigger where I can set up a couple of desks to work on larger scale projects.

Determination can go a long way. Though VCNI junior video editor Sidney Berthier doesn't explicitly say it, he has plenty of determination to spare and his current career path was solely guaranteed by a host of childhood dreams. His path may have...

The power of a handwritten letter to inspire a creative department

During lockdown we have all found ourselves with more time on our hands. A few days ago I decided to have a sort out and digging through drawers in the studio I discovered a handwritten note from 2004. Back in 2004 I was an Art Director at an...