It’s the biggest event of the year. Five billion people are expected to tune in. Legends will be made. Yes, this… is the Advertisers World Cup, where sponsors and non-sponsors compete for attention on a global scale.

Brands attempting ‘ambush marketing’ risk serious repercussions. FIFA is willing to overlook human rights violations and LGBTQ+ oppression, but will rain hellfire on any brand that commits the ATROCITY of mentioning the you-know-what without paying for the privilege.

During the 2010 World Cup, FIFA filed criminal charges against Dutch beer brand Bavaria for filling 36 seats with female supporters scantily clad in orange mini-dresses. Two of them were even arrested.

In recent years, there’s been a trend of brands launching big ads just before tournaments, such as The Game Before The Game by Beats or Nike’s Never Settle, Never Done. But what if you don’t have a budget to rival Mbappés £112M salary?

You need cunning stunts. Ideas that find loopholes and unusual media spaces. Here are the most creative and effective brand hijacks ever to disrupt the beautiful game, and the tactics to learn from them.

Hijack: Zlatan Ibrahimović removed his shirt after scoring to reveal 50 names inked on his body, representing the millions suffering from hunger. (Like a classier version of the time Arsenal’s Nicklas Bendtner flashed Paddy Power’s logo on his pants, landing an £80K fine.)

Tactic: Don’t sponsor a tournament or team – partner with a player. Tap into their unique attributes or personality (contrary to popular opinion, many footballers do have one). Zlatan was renowned for his body art so this idea felt authentic.

Hijack: They released a ‘photo’ of a huge England message hacked into the Amazon. The world went apeshit. Then they revealed it was a hoax with an environmental message.

Result: The most talked-about idea of the 2014 World Cup, with 35M Twitter impressions in 48 hours. 2 Golds at Creative Circle.

Tactic: Act like Neymar and fake it. This went viral because it seemed real. Paddy Power was brave enough to wait as it all kicked off, which made the reveal all the more unexpected and had people applauding their giant balls. This kind of stunt only works if the initial fake gets a lot of attention. Otherwise you’ll follow up with the truth and no one will care.

Hijack: When beer sponsorship was banned in Brazil, Brahma turned this on its head by getting a top player to style his hair in a way that resembled its smooth beer.

Result: The wacky ‘do’ took off, inspiring thousands of fans and even other star players to turn themselves into walking ads for Brahma. 1 Gold Lion, 4 Silvers, 2 Bronze.

Tactic: It’s not enough to understand the sport – get under the skin of the surrounding culture. By tapping into football’s tradition of unique (read: ridiculous) hairstyles, they generated buzz that a traditional sponsorship or TV spot could never have achieved. Dig into what other things are intrinsic to the sport and ask: Where could the brand show up? How could it add to the existing conversation?

Hijack: In a stroke of genius, BK sponsored a team at the bottom of the league to get their logo on shirts in the FIFA video game, then challenged fans to sign the world’s best players.

Result: Stevenage became the most played team in the game, with players sharing 25,000 goals online. 3 Cannes Grand Prix, 3 Yellow Pencils, 2 Grand Clios and 3 Golds, plus Grand Prix and 5 Golds at The One Show.

Tactic: Go virtual. There are 3.24 BILLION gamers, making it the world’s biggest hobby. And whichever sport you’re trying to hijack, there’s probably a video game about it. Even extreme ironing. Engage gamers well enough and the idea can spill over into wider culture.

Hijack: To tackle homophobia, rainbow laces were sent to all 5,000 professional footballers in the UK. Ads, PR and social encouraged the nation to get ‘Right Behind Gay Footballers’.

Result: Players from 54 clubs wore the laces. It generated 400M media impressions in one week on a budget of £150K. Now in its ninth year, it has transcended a hijack to become part of the fabric of football, backed by the Premier League. And it has contributed to real change – a recent study found that fans who think homophobic remarks in sport are acceptable has almost halved from 25% in 2017 to 14% in 2022. The campaign also won some Pencils which is utterly unimportant in the face of that. Well played.

Tactics: Get right behind a good cause. More than two-thirds of the Grand Prix winners at Cannes this year were purpose-led. Consider what societal issues could have a meaningful connection to your brand. Another tactic here is making it simple for people to get involved. What can you come up with that other players and the public could easily share themselves doing? 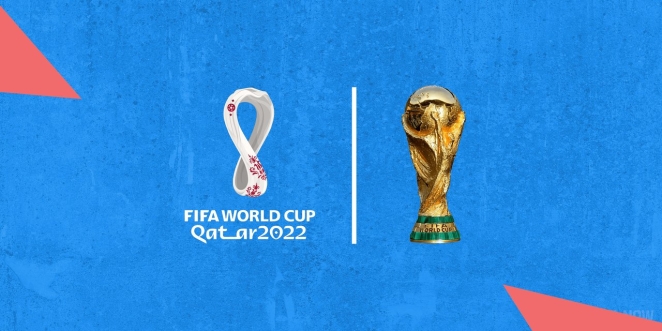 There’s the final whistle. If you’re trying to win the Advertisers World Cup, don’t write an ad. Think of a stunt. Bend the rules. Look at what conversations are happening. Find an authentic and unexpected way for the brand to show up. Not being a sponsor is often better, because constraints breed creativity. It’s all to play for.

By Matt Roach, Creative Director at The Brooklyn Brothers