Top 5 Awards Of The Week

DDB Mudra Group are the Black Elephants of the Kyoorius Awards

Kyoorius, in association with D&AD, has announced the winners of the 2015 Kyoorius Advertising & Digital Awards, which took place at the NSCI stadium in Mumbai on the 22nd of May, and the big winners of the night were undoubtedly DDB Mudra Group. Over 1,600 advertising and marketing professionals from across India and around the world were in attendance at the event last Friday evening.

Kyoorius has announced the winners of the 2015 Kyoorius Advertising & Digital Awards, which took place at the NSCI stadium in Mumbai on the 22nd of May

DDB Mudra Group was awarded the only Black Elephant this year for their direct marketing campaign “Health Cha Shree Ganesh” for Nutralite. Black Elephants are reserved for work that redefines the category it is entered in, by taking risks, creating a new conversation with the audience or lasting impact on the industry.  The winning campaign ( titled “Auspicious beginning of health” in english) gave the portly idol Lord Ganesha a healthy makeover, with a physically fit statue and equally fit priest, accompanied by sugar-free modaks (sweet dumplings) and offerings at a pandal in Mumbai.   In addition to the Black Elephant, DDB Mudra Group also had the second highest tally of Blue Elephant trophies. The Group’s work: “Identity” for Volkswagen India, “Customised Furniture” for Hometown, “Rang De Patang” for Nerolac India and “Health Cha Shree Ganesh” for Nutralite, bagged six Blue Elephants for the agency.   Blue Elephants are awarded to the works which have an original and inspiring idea, are well-executed and relevant to its context. These works reach the Kyoorius Awards benchmark of creative excellence and are recognised as a symbol of the very highest creative achievement.

Sonal Dabral, chairman and chief creative officer of the DDB Mudra Group, said of his agency's success: “This is a great moment for DDB Mudra Group. I’m so proud of our very talented and hardworking creative, planning and account management forces. Big Congrats to Andee and Sambit and their teams for the outstanding work done for Health Cha Shree Ganesh, which won us the prestigious Black Elephant, Volkswagen Identity which has won many accolades already, even in international awards forums and Nerolac Rang De Patang. The credit of these awards also goes to our great clients who are ready to buy daring and path breaking work.” Madhukar Kamath, group CEO and managing director at DDB Mudra Group, added: “Good work rises to the top, appreciation is wonderful, the team is happy. Full credit goes to Sonal and his team for all the work they’ve been doing over the last few years. It is a vindication of the belief-work in silence, let success be your noise.”

Saatchi & Saatchi Sydney have been awarded the New South Wales Creative Laureate by the NSW government. The New South Wales Creative Achievement Awards are run by the NSW government to celebrate and reward outstanding achievements that help raise the global profile of creative industries in the region.   As a recipient of the NSW Creative Laureate, Saatchi & Saatchi will also take on the role of 2015 NSW Ambassador of Creative Industries promoting the wealth of creative talent in NSW and to help promote NSW as a global creative centre.   This year’s finalists included The Sydney Symphony Orchestra, Belvoir, The Monkeys, Sydney Film Festival and Chrofi.   Michael Rebelo CEO, Saatchi & Saatchi said: “NSW is full of awesome creative talent. It's reassuring that the NSW Government supports, nurtures and recognises creativity and innovation. We’re proud to be acknowledged this year.” 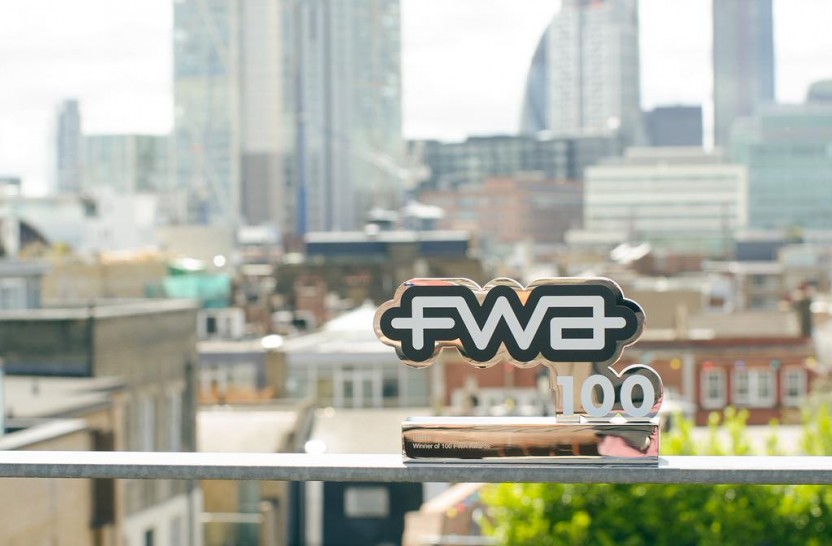 Production studio UNIT9 announced this week that it had taken home the rarest digital award in the world; the FWA 100, making them one of only two companies in the history of digital media to do so. They received their 100th FWA award for an interactive experience created for Twitter at the annual CES show in Las Vegas, with director collective and studio Hellohikimori. FWA (Favourite Website Awards) is an industry-recognised awards program for cutting edge digital work. Established in 2000, FWA specialises in identifying emerging trends whilst showcasing the latest progressions in digital creativity.

Production studio UNIT9 announced this week that it had taken home the rarest digital award in the world; the FWA 100

FWA showcases one site every day, a Site Of The Day (SOTD), with a Site Of The Month (SOTM) being selected at the end of each month from that month’s SOTDs. At the end of each year the twelve SOTM winners are entered into the People’s Choice Award (PCA), and the overall Site Of The Year (SOTY). Some of the most awarded UNIT9 projects include the interactive music video for Arcade Fire; “Just a Reflektor,” the Disney “Find your way to Oz” and Adobe Creative Mind websites, the Lifesaver app, and the zombie live action game “Five Minutes,” which won the 2014 FWA People’s Choice Award.

Piero Frescobaldi, Creative Partner and Co-founder of UNIT9, said: “We are immensely proud of receiving the FWA 100 award. It’s a huge milestone. As big as the first FWA we ever won. I remember that day vividly - I knew that the spirit that drove us to win one FWA would enable us to win more. But we still take it one project at a time. Always as if we were aiming for the first one. Today it’s 100. It is a good moment to rest, look back and thank the hundreds of talented young people over the years that put their passion into the work, as well as the great clients that made it all possible. But tomorrow we are back at zero and we aim for that elusive first one.” Rob Ford, FWA Founder, added: “For us at FWA, winning 100 FWAs is something we never dreamed any agency would do. Even though this achievement is all about the number 100, for us, it is more about the journey, which signals over a decade of dedication, determination, consistency, adaptability and passion. UNIT9 have made a rare achievement here and one that sees them at the very pinnacle of digital and the history of the internet.” 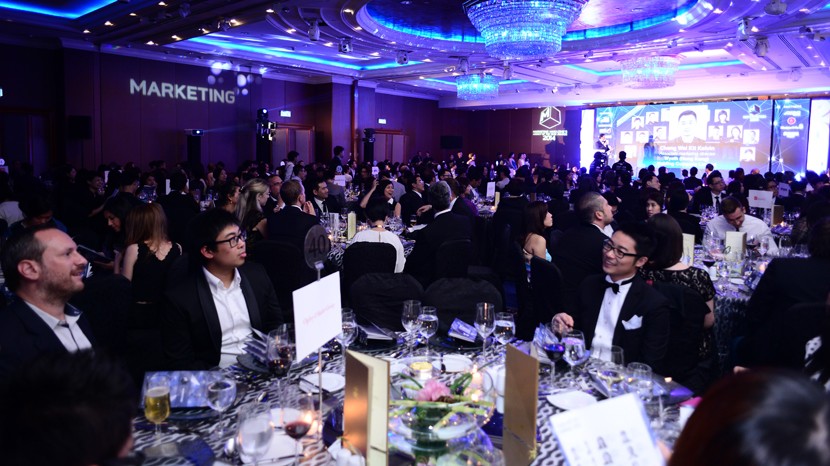 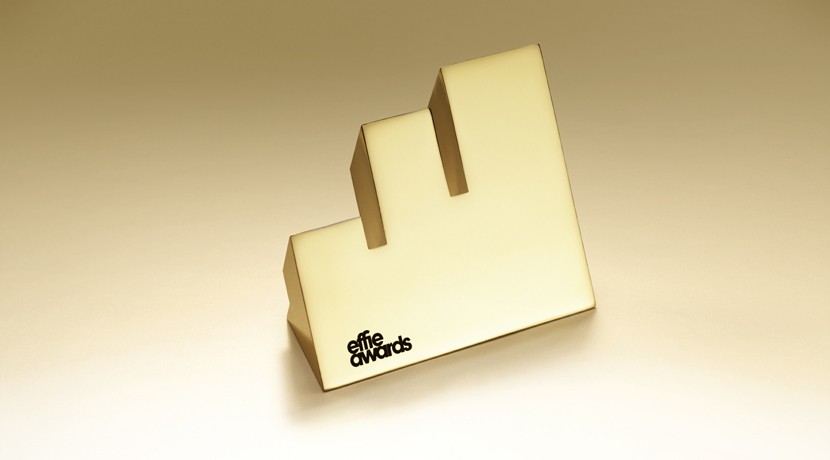 DDB Group Singapore led with the most finalists and the most winners at the 2015 Singapore Effie Awards for the 12th consecutive year! It won four Effie awards (two Gold and two Silver) with Gold Effies for McDonald's “Wake me up before you go-go - for breakfast” and for the Republic of Singapore Air Force's “One Force, One App.” The agency group was also awarded two Silver Effies for its work for the National Environment Agency's “Everybody Does Dengue Fighting,” and the Ministry of Communication and Information's Pioneer Generation campaign “PG - 65 Short Films.”

Held annually by the Institute of Advertising Singapore (IAS), the Effie Awards Singapore is judged on effectiveness, recognising outstanding marketing communication work that draws on insightful strategy and creativity to yield impactful results. A two-round judging process headed by 2015 Jury Chairperson Fiona Gordon, and a jury comprising 37 of Singapore's most accomplished advertising and marketing professionals, awarded a total of 17 awards this year. Five Gold, Five Silver and Seven Bronze awards were handed out across the 25 finalists.

David Tang, CEO of DDB Group Singapore, said: “Everybody knows DDB loves the Effie, so winning for the 12th year running is really sweet. We have to thank all our passionate clients and our very hardworking people. But far beyond the awards, it’s in our creative blood to attempt great marketing breakthroughs for our clients. This year, we’ve really pushed the frontiers of digital innovation, content development and social marketing. We’ll keep on pushing at it, we want to be up there with the best marketers again next year.”