Top 5 Ads of the Week

The “Old Spice Guy” spots for the titular aftershave by Wieden + Kennedy has been something of a cultural phenomenon, and with good reason; it's a bloody good idea, it's delightfully odd and it's consistently hilarious. You'd think there's only so much humour to be mined out of such a simple idea, but Wieden + Kennedy Portland seem to have managed to eek a little more blood out of the stone with this latest spot, rather aptly titled “Interruption.”

The ad finds original Old Spice Guy Isaiah Mustafa (I can't be the only one who read “Mufasa”) and ex-professional American football player/current comedic actor Terry Crews helping men choose between their favourite Old Spice scents. Mustafa is rudely interrupted by the more aggressive Crews, who makes a case for the Bearglove scent, with Mufasa (sorry) keeping his cool throughout. John Sebastian, Old Spice brand director at Procter & Gamble, said: “Legions of young guys are still trying to figure what kind of men they want to become and Old Spice is always right there as they navigate the seas of manhood.” I think I'd go with the Old Spice Swagger myself.

This summer, Honda is celebrating an unprecedented year of product launches with a new brand campaign that's quite literally out of this world. During 2015 every model within Honda’s automobile line-up is new or refreshed, including the new HR-V and the hotly anticipated Civic Type R. This year has also seen the Honda Jet make its first commercial flight and Honda’s return to Formula 1. To celebrate this year of innovation and success, the “Ignition” film from Wieden + Kennedy London dramatises Honda's ambitious brand philosophy: “Dare to do the things others only dream of,” by paying homage to one of the boldest expressions of human curiosity and engineering endeavour; space flight.

Space travel-inspired iconography and cinematic details aim to capture viewers’ imaginations, from atmospheric photography to the same climatic classical music that was etched into the Voyager 1 probe’s golden record and sent to the fringes of the solar system. The campaign will be a unified, through-the-line Pan-European launch, as per the recent highly awarded “The Other Side” campaign, and media will be handled by Starcom MediaVest. It's a pretty inspiring and cinematic film, with subtle SFX enhancements from The Mill and a gloriously OTT score. According to Scott Dungate, creative director at Wieden + Kennedy London, the agency “Wanted to create a film that dramatised Honda’s daring ambition across the range. Representing the fleet as a rocket at lift off, felt like it captured the anticipation, the daring and the human endeavour perfectly, in both an iconic and emotive way.” Mission accomplished Scott!

Bathstore, the UK's market-leading bathroom retailer, is set to launch its first brand campaign after appointing Saatchi & Saatchi London as its lead creative agency. The charming “Bathrooms matter” campaign builds on the brand's position as market-leader in the specialist bathroom retail category, and shows consumers why they should only ever go with the experts when looking for a new bathroom. The new 60 second ad wisely focuses on the iconic blue Bathstore rubber duck, and reveals that a surprising number of big events happen in the bathroom (feel free to insert your own poop joke here). So the duck hears kids playing in the bath, a best man ahead of a wedding staring at his reflection as he practices his jokes, and the celebrations that follow a woman finding out she’s pregnant. It's a very sweet and very British ad that ends with the concise and emotive tagline: “Bathrooms matter. Visit the experts.” 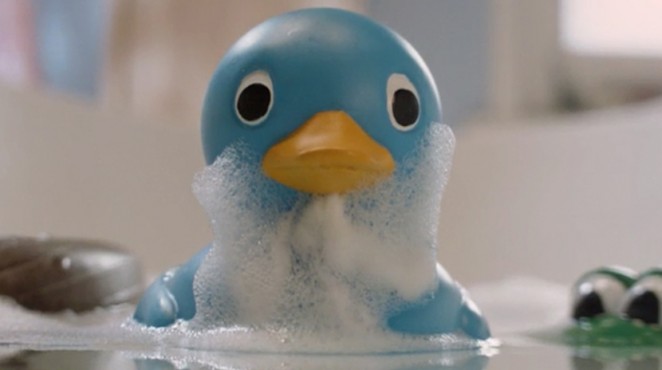 The fully integrated brand campaign encompasses TV, print, van liveries, digital and social activity. This will be supported with an integrated PR strategy that will build on this platform in the next 12 months. Rob Potts, ECD at Saatchi & Saatchi, said of the campaign: “Not all rooms are created equal. The bathroom is where your wife finds out she’s pregnant, where you relax and get yourself together in the bath after a hard day’s work. It’s even the room where you sing-along to Queen in the shower just because you can. The bathroom’s a special place and we’d like to think we’ve captured that in our ad.”

Naked Communications have visualised the battle for the top awards this winter season in ad land by pitting industry professionals against each other in a 90 second boxing match in a promo film created for the Shots Awards 2015, which take place in November at The Brewery in London. The film was produced in-house at Naked and directed by Kell Mitchell. It sees tensions build as advertisers, creatives and directors gear themselves up in dramatic slow motion. The smoky black and white visuals, in combination with the thumping soundtrack by Wave Music, add to the tension of rippling muscles and stylish ferocity. It's shot like a music video, and a pretty pretty one at that! The spot was launched on 17th August to promote the upcoming awards and to remind entrants that submissions close tomorrow (Friday 21 August). 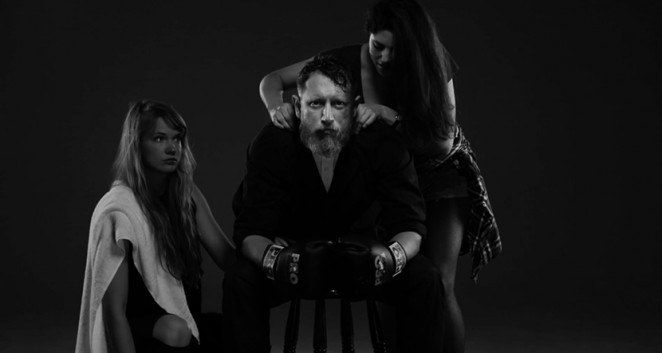 Naked’s Head of Creative Cyrus Vantoch-Wood said: “The concept and ambition for the Shots Awards was simple; advertising is one big, no-holds-barred, dirty, twisted scrap. We attempted to capture the daily ad brawl we live and love with the high quality values of Shots.” Commenting on the concept, he added: “To bring it to life we cast real industry people and attempted to get them riled up, then set them loose on our 1000fps Photron greyscale camera. The final piece has a hunger and emotion that I think most of us will connect to.”

The baby bottle brand Tommee Tippee has launched a clever global ad campaign created by McCann New York. The “Parent On” campaign reflects the results of a new poll of 1,000 new moms, which found that over half of them felt entirely overwhelmed by unsolicited advice and opinions. The ad literally recycles these unwanted, outdated opinions and turns them into something actually useful to parents; baby wipes. It's basically a smart (and subtle) way of telling people they can stick their opinions where the sun doesn't shine, but it comes across as so polite and that's what makes it all the more hilarious. 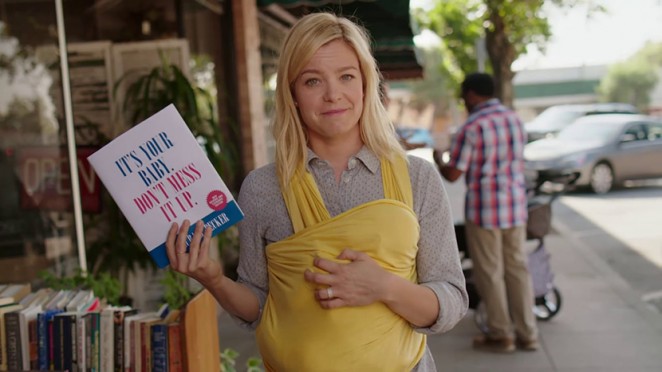 McCann hired a paper making facility to collect baby books and articles, then recycled all the material to create a limited run of baby wipes cleverly called “Tommee Tippee Advice Wipes,” with the tagline: “Made from real, overwhelming baby advice.” McCann CCO Eric Silver, said:“Parenting advice is everywhere. It’s hard to escape nowadays, but the truth is parents have always known what to do - from the very beginning. There just weren’t books about it Tommee Tippee wants all parents to take a deep breath, exhale, and do what they were born to do: Parent On! (And maybe have some fun while at it.)”