Jon Mew has been announced as CEO of the IAB (Internet Advertising Bureau), making him the successor to Guy Phillipson, who recently stepped down from the role. Mew has been at the IAB since 2008, joining as head of mobile before being promoted to director of mobile and operations. Most recently he has served as chief operating officer, a role he took on in September 2014. IAB UK Chairman Richard Eyre led the search. He said: Guy not only has a deep understanding of the workings of the IAB today, he has a compelling vision for its future and proven skills to execute on a demanding strategy. A replacement for Mew as chief operating officer has yet to be announced. 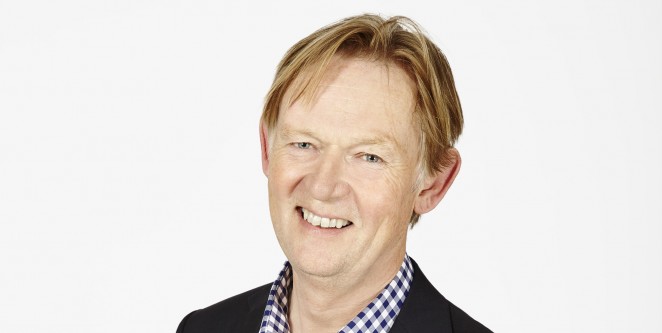 The youth-led creative network Livity has appointed industry heavyweight Stephen Woodford as its new Chairman. The news follows Livity’s announcement in September last year that it had received up to £1.5 million investment from award-winning social investment fund IVUK. The move sees Woodford take up this non-executive role in addition to his new duties as Chief Executive Officer of the Advertising Association. Woodford, who has stepped down from his most recent role as Chairman of Lexis, brings extensive management experience to the role, following an impressive 30-year career that includes leadership stints at some of the industry’s largest agencies, including WCRS/Engine and adam&eveDDB as CEO and chairman respectively. His brief at Livity will be to work with the leadership team to help the agency to fulfil its potential in terms of its unique offer, its unrivalled access to youth insights and young talent and its Youth-centred Design process to create better results for clients wanting to target and build relationships with young people. Woodford began his career in marketing in 1980, before taking on his first advertising agency role at Lintas in 1982. Between 2003 and 2005, he was President of the Institute of Practitioners in Advertising (IPA), where he introduced professional qualifications for advertising, since when 15,000 have passed their exams.

IPG Mediabrands, the media holding arm of Interpublic Group, has announced the appointment of Tim Ringel as Global President at Reprise. In this role, Ringel will lead the continued growth and expansion of the network’s full-service search and digital experience agency. Tim will work in close partnership with Craig Ellis, EVP, Global Head of Operations, Reprise, to drive the innovation and development of core product capabilities, and grow Reprise’s search and performance media clientele. Based in New York, he will report into Henry Tajer, Global CEO, and Chris Loll, Chief Operating Officer, NA, IPG Mediabrands. Tim’s 20-year career has spanned Europe, North America and the Pacific. In 1999, Tim established metapeople Group, correctly predicting the profound impact digital would have on our industry years before his peers. After selling metapeople Group to Netbooster Group in 2011, Tim assumed the role of CEO at Netbooster Group, overseeing more than 500 employees around the world.

Frederic Bonn has been hired by digital marketing agency iCrossing as Executive Creative Director for the New York and east region. Bonn will be based in the company’s New York office and report to Mark Mulhern, president, east region. Bonn comes to iCrossing from Mirum, part of JWT, where he was chief creative officer for North America. Before that he was ECD with JWT and Razorfish and also held creative leadership roles with OgilvyOne/Ogilvy Interactive in Paris and Euro RSCG (now Havas). In his new role, Bonn will oversee iCrossing’s east region creative services and operation, including video production, and will look to expand how creative thinking and execution fits into the company’s integrated marketing approach. Throughout his career, Bonn has worked alongside high-profile brands to create innovative projects, including the Louis Vuitton Journeys global campaign and the Mercedes-Benz Tweet Race. His work has been recognised by The One Show, The Clios, Webby Awards, Effie Awards, Art Directors Club, Eurobest, and the London International Awards. Bonn has also served on the juries of many of the advertising industries most decorated awards, including Cannes Lions, Effies, Art Directors Club and the London International Advertising Festival. 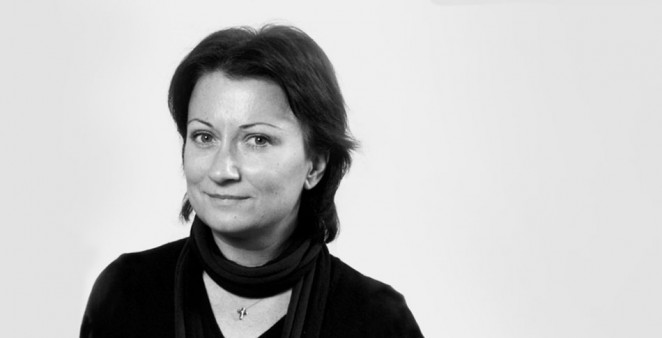 BWM Dentsu has announced the appointment of Romanca Jasinski as Head of Integrated Production, Melbourne. Previously at GPY&R in Melbourne, Jasinski worked on a number of award-winning campaigns, which scored multiple Cannes Gold Lions, for CUB, Schweppes, Defence Force and AFL. Prior to her time at GPY&R, she headed up production at Y&R (pre-acquisition) for seven years and before that Grey, where she worked on many award-winning campaigns in its Transport Accident Commission heyday. Jasinski's appointment as head of integrated production will strengthen the skill set of the BWM Dentsu production team further, allowing for an integrated-heavy approach, setting in motion a four-year strategic growth plan to advance the agency in this competitive space. 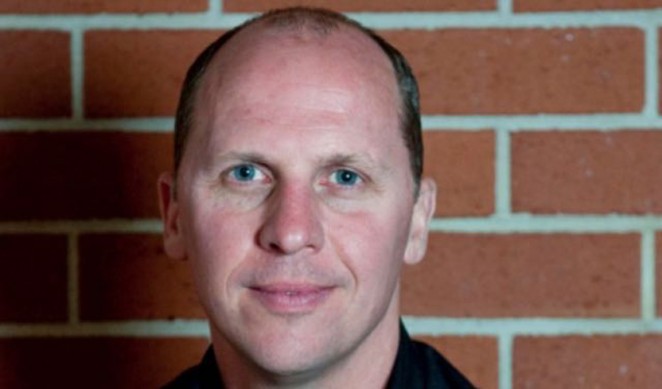 303 MullenLowe has lured Andrew Livingston back to Sydney to lead the agency's media division across Sydney and Perth as Managing Partner of Media. Livingston is an experienced media professional with an impressive track record and most recently led Initiative in Australia as its CEO, concluding with a stint as COO, a role he departed in January 2016 to return to London. Originally from London, Livingston first moved to Sydney in 2005 as national negotiations director at Optimedia. He later joined MediaCom as head of client communications, followed by a four-year stint at Initiative where he's credited with a succession of new business wins and significantly growing the revenue base. Livingston replaces Gavin Gibson, who leaves the agency with some significant achievements under his belt.

Rohit Malkani joins Law & Kenneth Saatchi & Saatchi as ECD, National, from Minority Brand Creation and Management. He has over 22 years of experience across agencies such as Rediffusion DY&R, JWT, Grey Worldwide, Planetasia.com, Publicis Ambience Advertising, Bates 141 and Publicis Singapore. He will be based out of the Mumbai office of the agency. He has worked on brands like Kingfisher, Van Heusen, Unilever, Sony Music, P&G, Reliance Telecom, Killer Jeans, Parle, Virgin Mobile, ICICI Bank, Citibank, Legrand, Siemens amongst others.

Wieden + Kennedy has announced the second big change to its leadership structure since October last year, with Jason Bagley and Eric Baldwin set to lead the Portland office as co-ECDs, alongside executive creative director Susan Hoffman and managing director Tom Blessington, approximately eight months after the former became CCO of Deutsch in LA. The changes follow the agency naming 15 new partners in October. Mark Fitzloff, who has spent nearly twenty years at W+K, is also leaving to accept an unspecified creative role outside the network, while creative director and MF Doom fan Eric Baldwin is being promoted to the co-ECD role. Bagley and Baldwin partnered as co-creative directors on W+K’s “The Man Your Man Could Smell Like” campaign for Old Spice from 2006 to 2011. More recently, Baldwin has led the agency’s KFC account as creative director, while simultaneously heading up the agency’s creative technology and product innovation offering, The Lodge. During his time with W+K, he has also worked with clients including P&G, Electronic Arts, Target, Kraft, and Levi’s. Bagley spent the last eight months as chief creative officer out of Deutsch’s L.A. office, where led creative for clients including Volkswagen, Taco Bell, Dr Pepper Snapple Group, Target, and Sprint. 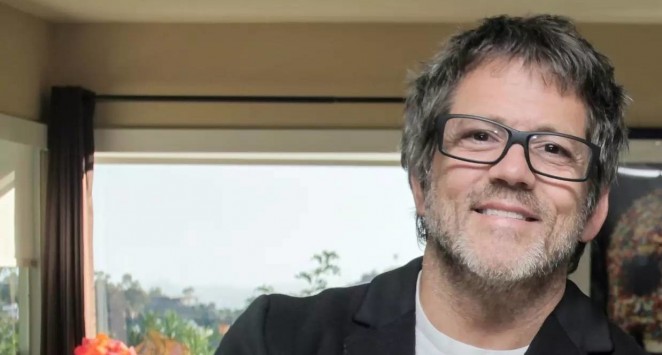 AMF Media Group has hired industry veteran Geoff McGann as Executive Creative Director. McGann will lead the agency’s creative department out of its Los Angeles office. McGann joins AMF after nearly two years at McGann+Partners, formerly known as McGann | Zhang, the agency he co-founded in March of 2015. His titles at the agency are variously listed as COO, CCO, executive creative director and director, depending on the source. Before launching McGann | Zhang he spent ten years as executive creative director and producer for Generator Content, which he also co-founded. That followed 16 years at W+K, beginning in 1987, where he served as a creative director and executive producer with a brief departure to serve as creative director with Ogilvy & Mather from 2000-2001. He has also taught at Wieden+Kennedy’s school WK12 and VCU Brandcenter and opened 72andSunny’s 72U.