Last Christmas (though it was only a few short weeks ago, of course), Lithuania-based design agency FOLK created an alternative to boring Christmas corporate gifts known as the “Corporate Folk Kit.” This kit was gifted to their partners and clients and included such quirky items as a ‘hold my beer’ beer, a ‘ball is in your court’ ball and a bevy of other corporate folklore-inspired nicknacks.

We were able to sit down with creative director Ignas Kozlovas recently to chat about what inspired the agency to ditch the usual corporate gifts and convert cliches into (mostly) useful gifts. 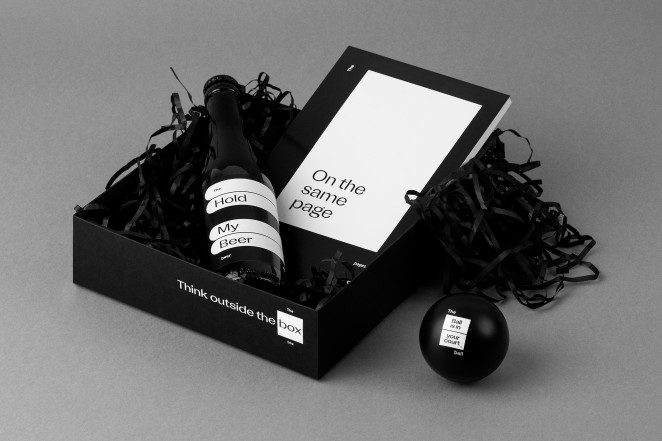 Where did the initial inspiration for the project come from?

Honestly, from the name of the agency. We are FOLK for a reason - we create designs for the people & we love it when some of it becomes folklore. That’s the reason why every time we see the occasion for any self-initiated projects, we like to make it about folk -  interpret it, look for its modern expressions in our surroundings. In this particular case, we dug into the corporate culture. In our country, the celebration of Christmas goes hand in hand with various folklore traditions and rituals anyway. So, when thinking up ways to surprise our clients, we decided to dig deep into corporate folklore and reimagine what the often-overused sayings would look in reality.

How long did it take to come to fruition?

Almost three weeks. It might sound funny, but every year Christmas comes to our agency quite unexpectedly so usually, we have to mobilise all the resources to make it on time - from idea to execution.

Are there any cliches and traditions you were thinking of translating into gifts that ended up on the cutting room floor so-to-speak?

Well, not really. There were ones that gave us a good laugh while ideating, but we already knew that it would be too difficult to make - like ''a corporate ladder" or "hold your horses". Also, there were ones that sounded too abstract- like “seeing a bigger picture” or “let’s get down to business”. We wanted to keep it straight and to the point (ha, there’s another one) & simple. So the criteria from the beginning was very clear. As for next year, we will be looking for new manifestations of folklore around us. After our clients and partners received the kit, they flooded us with new phrases that could potentially be made into objects next year. ‘Hold your horses,’ ‘Career ladder,’ ‘Seeing the Bigger Picture’ and ‘Word of Mouth’ are the early candidates to turn into gifts for next year’s Christmas.”

What has the response to the gifts been like?

It really did depend on the industry. Clients that are from bigger, international companies where they use the English language day-to-day were really excited and got the idea instantly. We got a little bit of a different reaction from clients that are from more local businesses - as English is not so widely used in their surroundings. So, each time while presenting the gifts, we needed to make a short introduction of what was in that box and what it represented. After that - 100% of the reactions were very positive. At our agency, we like to say that a good idea reproduces itself again and again.

​Who was in charge of actually designing the products?

Literally, the whole team of FOLK. I planned my vacation before the project was even on the horizon, so at the time when the project was in its execution phase, I was out of the office being texted every five minutes with team members sending me various ideas & prototypes of designs. As for now, I think that was a great exercise for the team - to have it in their hands from creative direction to execution. There is no secret, the worst client you can get is yourself. I guess the same is true with creative directors.

Can you tell us a little about the design process?

When designing the objects, we wanted to keep it simple. For example, before making the beer label, our team members played the actors and tried to portray the ‘holding my beer’ situation as it would unfold in real life. The beer label then became an extension of its holder - it marks a place where someone would put their fingers while holding someone’s beer. 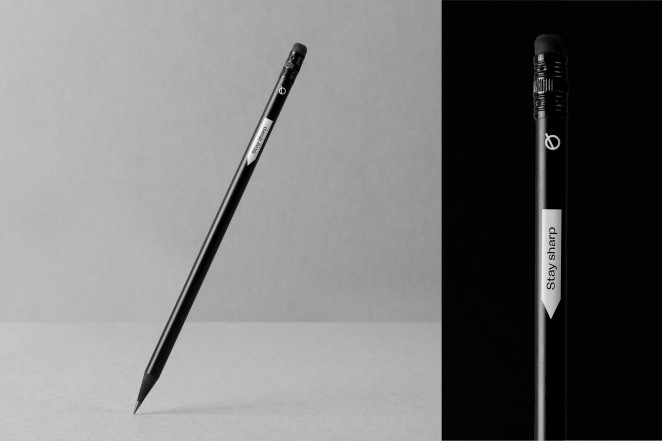 Did you receive any interesting corporate gifts yourself this festive season?

As we work only with branding projects the greatest gifts we get are usually the applications of the designs that we create for clients. It is an amazing feeling to see how your work “lives”, how clients feel proud giving their presents in newly branded bags or how they find new ways of adapting the visual language that you’ve developed. One of the funniest was branded sock packed in a can.

Do you think the project reflected the brand and the culture of the agency?

Perfectly. We always try to do more than design, we like to see ideas scaling; to create extra and execute it. Talking about the culture, we are very hands-on, we always do everything by ourselves - from set design, shooting, preparing props to the making of prototypes. It doesn't matter if you are a strategist or account manager, everyone is creatively involved in the projects as great insight can come from anywhere. Also, I guess, it is every agency’s dream to have enough time and resources for these self-initiated projects. We keep trying to find it anyway. 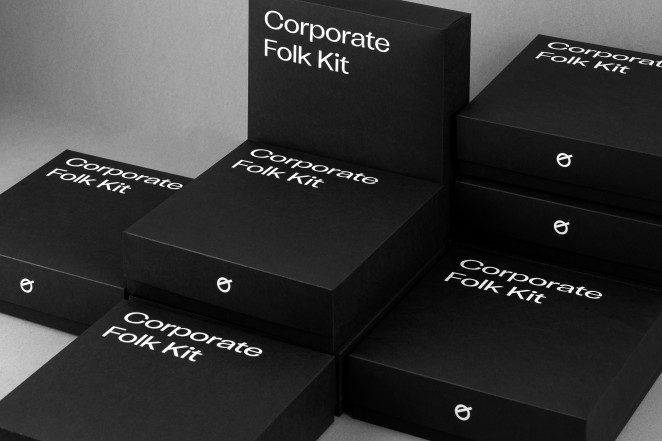