It's hard to imagine being inspired while only focusing on your own art. That is the fastest way to lead your creativity to stall – to stop looking at fellow creatives, and to become too self-absorbed into your own works.

Instead, you should try to absorb other works and make them your own. That is not to say that you should compare yourself to others – nurturing your impostor syndrome isn't always healthy for your own creative skills. But you should do what freelance photographer Simon Carter does. You should think like a hoover.

Simon loves losing himself into documentaries, stories, music albums and the works of other photographers like him before tackling a big project. His determination has few equals, especially considered that he managed to land his first job during his graduation show – and he wasn't even there. Simon should be an example for most aspiring creative professionals, and you haven't even heard half of his story yet.

For this Member Spotlight, we had a chat with an ambitious photographer and DoP who loves partying and his own craft like nothing else. 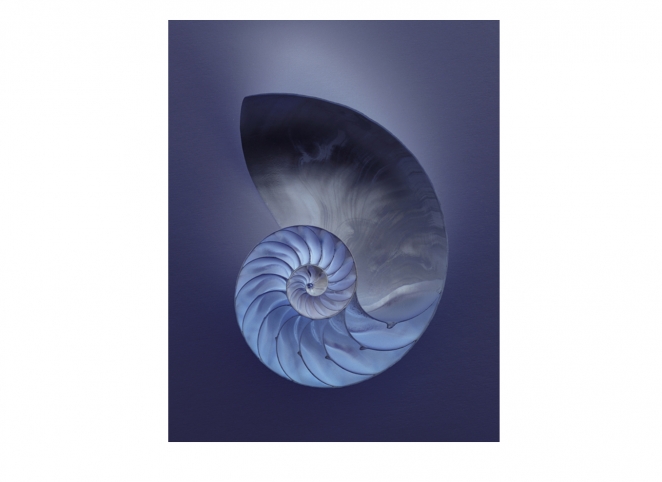 I first got into the industry while my graduation show was up at The Royal College of Art. Like everyone else at this stage I was exhausted, nervous and eager to make a start at getting a job. I was literally lying in the sun in Hyde Park while the show was on in the main building about 50m away.

I was flipping through Creative Review and I came across a full-page ad for a film and TV titles design company.

It was exactly what I wanted to do so I literally looked up the address on my A-Z (no phones in those days!) and cycled over at that moment.

One of the partners, Paul Blake, answered the door and we chatted for five minutes.
He asked me to come back on Wednesday to meet his co-founder Richard Morrison. On Wednesday they offered me a job on the spot.

I was so grateful I gave it everything I had.

They had just done the first big Batman movie titles and were getting work in so it was perfect timing. Although I brought a lot to the table, I learned a lot too in the first year. It was great fun as Richard was brave enough to just let me get stuck in. I was doing motion control shoots, rostrum camera work and taking photos as well as some graphic design work. 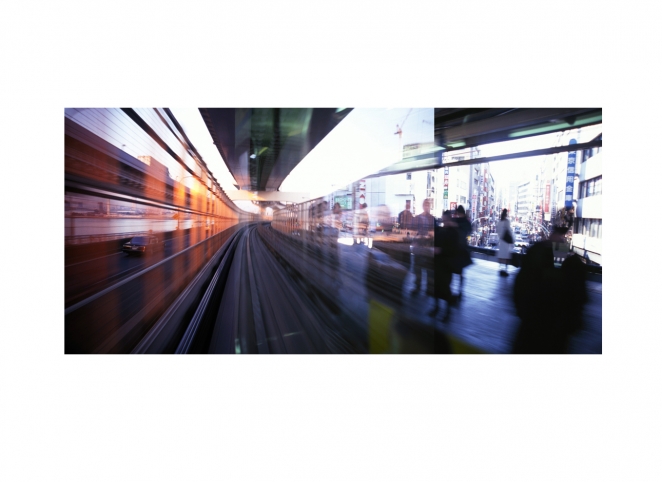 I am based in London and take every opportunity to travel. I have been submitting images to Getty images on and off and on for 25 years. Working with them has meant I have been fortunate enough to travel to nearly all of the major cities and get out into some amazing landscapes.

I have just recently set up a design company ‘August-September’ with an art director friend. We go way back and did some really fun work a long time ago.

It was about time we set up on our own as we compliment each others skill sets very well. 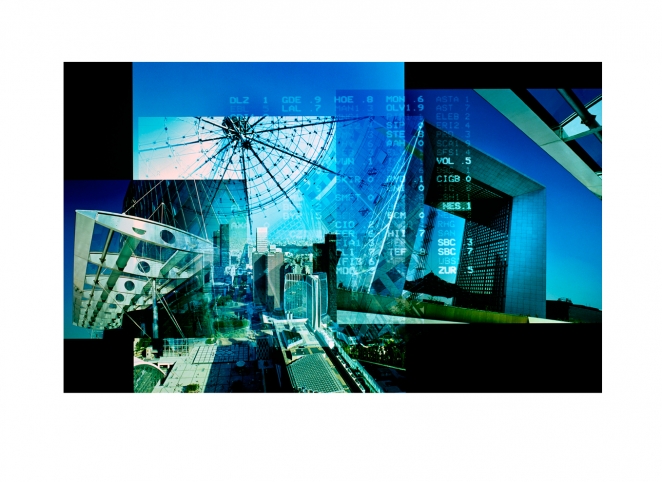 I have had one foot in the film industry ever since I started doing title sequences at college. I have been Director of Photography for several short films and a number of animated music videos. It is a role that goes hand in glove with what I do now, only I bring a unique set of experiences to the table, which really suits some directors.
I love shooting moving image projects and will continue to lean in that direction when I can. 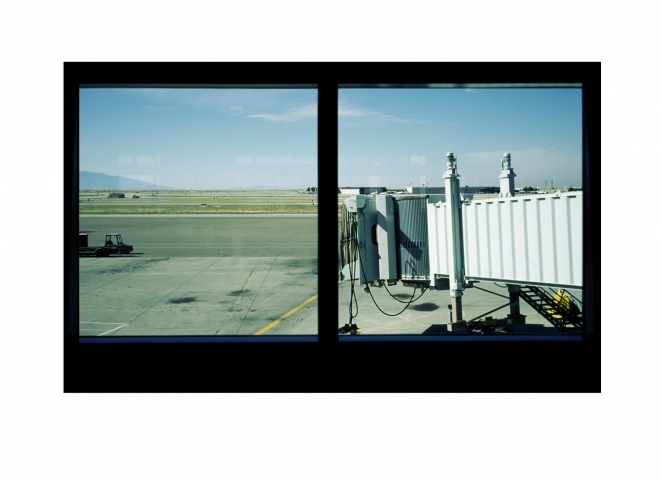 My creative process is more like a Hoover than anything else.

I watch all kinds of documentaries, go to all kinds of exhibitions, read different books, listen to others who have trod and interesting path before me and learn from great artists of the past.

I put all these things away in my head until one day a brief comes along that ticks several boxes.

Then I mix up all my influences to come up with my own take on the project.

Getty Images were very kind (and curious) to let me do my own thing and see what happens. I have a meeting with the Senior Vice President and Head of Imaging quarterly. I think this is more to explain myself and ‘what WAS I thinking?’ So far it has been the most successful collaboration of my career. But more importantly I enjoy every aspect of it. 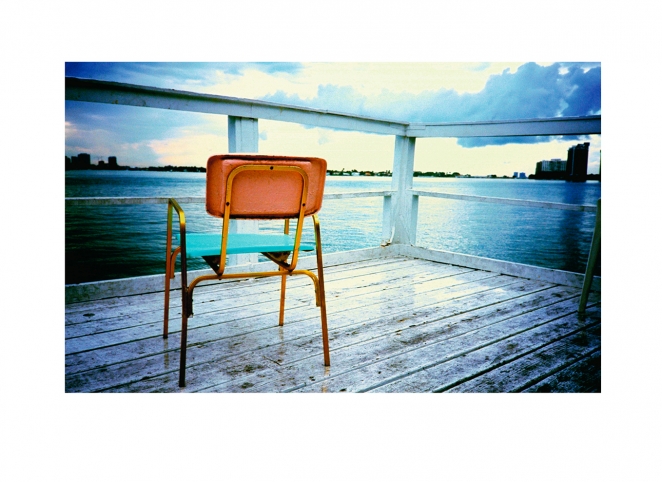 Technology has changed everything. It has been a blessing bit I think many people rely on it too much.

It is essential to think about your project in great depth first. I really boil my projects right down to raw elemental parts, Then you can see clearly the path that needs to be taken to reach the core of your audience. It needs to touch people emotionally or they can just turn the page.

I am doing a lot more graphics these days and I am really enjoying it. The speed that you can work at is important to me as I could not stand the slow process of typesetting. I just lost track of what it was I wanted to get done. Now I use type like paint and do many abstract works quickly, working intuitively as though painting not typesetting. 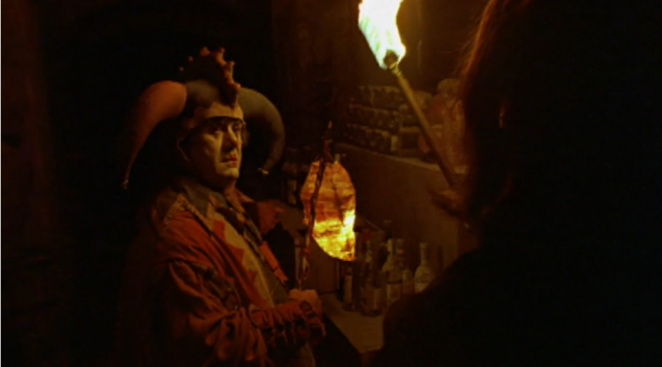 I am always looking at really great works from past masters. Especially their ‘working out’. The preliminary sketches of painters and architects are really inspiring.

Rembrandt to Christo. They are a library of ideas to learn from. Good documentaries are a great source of inspiration. More often than not there is a huge amount to learn from projects that didn’t work out well in the end.

The first film I shot as Director of Photography got me noticed. The director Mario Cavalli is an incredibly talented animator and he recommended me to BAFTA. They accepted me in as a ‘one to watch’.

The film was shot on 35mm film and I brought a lot of ad hoc special effects devices I had built. They raised eyebrows but worked very well. We had very few lights and used burning torches to illuminate mostly night scenes. It was my ‘feel for film’ that created a unique look and made the film noteworthy.

The week the edit was locked off, I met a woman who worked at Twentieth Century Fox by pure fluke and she asked to see the film. I dropped it off on a Monday morning and by 2pm it had gone from the second to fourth floor. They considered releasing it as a short. I was stunned and incredibly appreciative of everyone’s support. But the running time of a feature and the short was too long for multiplexes so the idea was dropped.

From that moment on I have always believed that anything is actually possible, you have to make your own luck.

Being careful not to burn yourself out is a problem everyone has to recognise and deal with in our own way. We all have our limits and we need to know ourselves very well and put the brakes on at the right moment. Doing this will ensure that you have a long and healthy career.

To recharge I paint abstract works. It is very satisfying and absolutely non-digital. It requires planning and patience but most of all blocking out everything else to be focussed on the work itself. It is like a mind cleaning exercise.

I have been painting for six years now and the other benefit is that I have a body of work that will outlive me and is an insight into my influences and thinking.

I do regularly take people under my wing to help them on their way. I use to teach quite a bit which was always very rewarding. Watching others blossom creatively is like a lovely project in itself sometimes.

If I were to give one piece of advise it would be to ‘be nice’ and gracious to everyone you meet along the way. The creative world is a small one with tendrils that reach all over the planet. Time is a great provider of opportunity to those who look out for each other with an open mind. It may take several years but paths cross over time and again and you just never know who will come back into your life.

I also think of this whole creative process as surfing. Pick you wave carefully. Paddle like crazy and get up on your board. Head for the beach, get back in the water and try again. Pick a bigger wave. Go further. Catch a big wave with the pros .. then you are on your way. 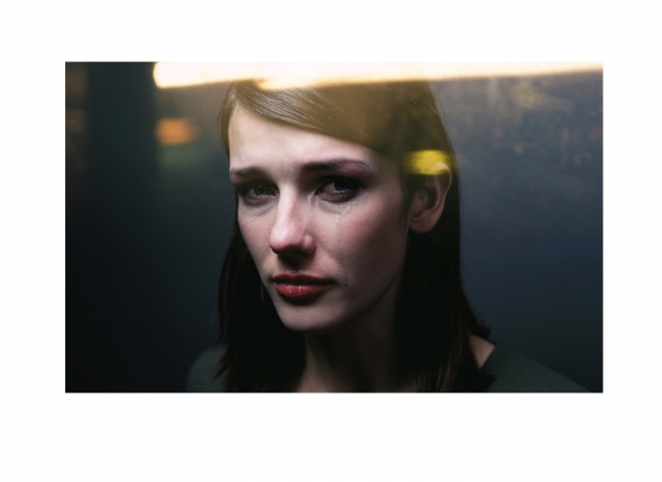 My big hope is that as a creative industry we bring about a huge change in everybody’s attitudes in the near future.

Evidence that we need to change the way we consume is insurmountable. I am shedding things i don’t need these days and getting back to where I was when I was most happy. Camera, portfolio, Mac, bag of clothes. That’s it.

We need to help each other out and share what knowledge we have to enable everyone to have a happy life. Be truthful to yourself. Is the way we were heading what you would be personally happy with?

The creative industries are the communicators and the behaviour changers. We have a responsibility more than most to change attitudes.
Let’s do the right thing.

There is one thing that needs to change. There are not enough parties these days.

I have been incredibly lucky to have been to some of the best parties in London through the 90’s and 00’s. Successful creative companies threw big parties to showcase their work, reward their employees and treat freelancers. I had some really fun times back then on the run up to Christmas. You didn’t bother doing a weekly shop as you would never be home. We used to go from one event to another, "Bar Italia", then back to work. I met so many interesting and inspiring people in all kinds of situations .. it was eye opening and hugely enjoyable. We could all do with a bit less smart phone socialising and more ’spirited' dancing. It’s very good for everyone’s mental health.