These brands got high for 4/20

Easily one of the most bizarre, unofficial public holidays in recent memory, 4/20 (so called because the Americans can't seem to make their dates make sense) came and went and no doubt millions of hemp enthusiasts across the western world got stoned off their tits.

For those interested in such things, the term actually refers to a group from California who referred to themselves as “The Waldos,” presumably named for the “Where's Waldo” books, called “Where's Wally” over here, because Waldo is a daft name. They would meet at 4:20pm in the autumn of 1971 on the grounds of the San Rafael High School, where they were searching for a legendary abandoned cannabis crop they had learned about through a 'treasure map' left to them by the grower. So it was like The Goonies, but with weed. The treasure was never found, but the 4:20 meeting time stuck, and once the story spread (thanks supposedly to followers of legendary stoner rock band The Grateful Dead) it snowballed, and 45 years later it's now inspired its very own day.

Never ones to pass up such an opportunity, adland really jumped on the 4/20 bandwagon this year, primarily through Twitter (where such frivolities are commonplace), where even some brands you wouldn't expect to endorse such 'activities' got in on the fun. Here we've collected a few of the most interesting and clever 4/20 tweets and billboards. Yes. Billboards. Well, it is (semi) legal in California. 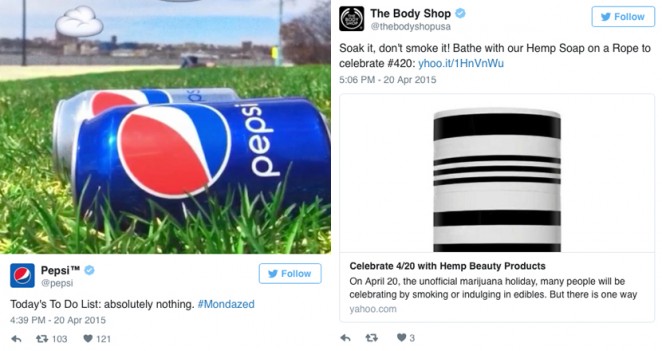 Ok, so that covers the tweets, which primarily come from California sources, where cannabis culture is arguably stronger than anywhere else on earth. In Denver, Colorado, however, marijuana might be just as legal, but advertisements are reportedly prohibited from appearing on television, radio, newspapers, and websites where there is “Reliable evidence” that more than 30% of the audience is under 21. This doesn't mean that other companies can't use the holiday to flog their wares to stoners suffering from a serous case of the munchies though. 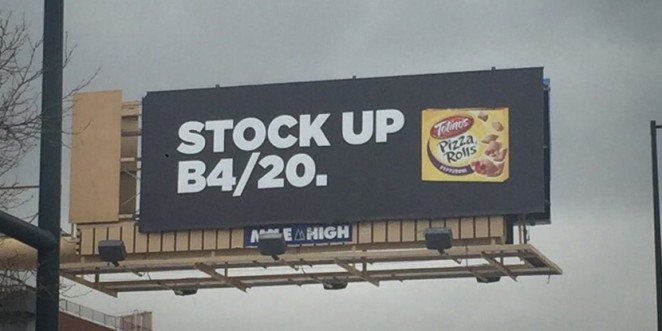 General Mills and their delicious looking Totino's Pizza Rolls decided to target Denver's pot smokers with the cheeky billboard campaign (above) that made actual cannabis companies green with envy. Joe Hodas, Chief Marketing Officer at Dixie Brands, a major marijuana elixirs and edibles manufacturer based in Denver, who are, by law, forbidden for advertising their own wares, said of the billboard campaign: “It's ironic for all of us now because you have a mainstream brand that can advertise on the backs of legalisation, but we companies, as pioneers having paved the way for this, none of us can advertise our products on a billboard.” It is more than a little ironic indeed, but then, Rome wasn't built in a day. Maybe next year Joe! 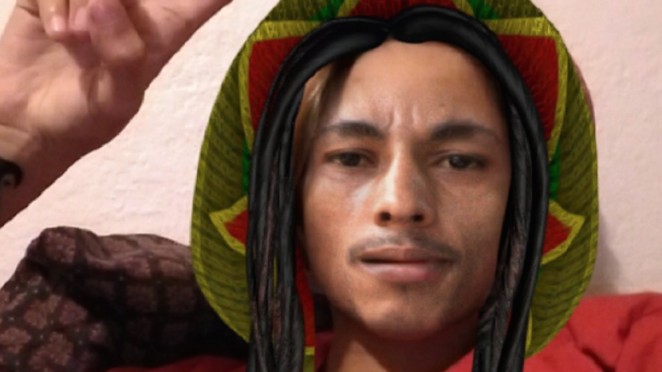 Finally, Snapchat unveiled an incredibly ill-advised new filter that allows anyone to be transformed (very shoddily) into everyones favourite marijuana advocate and reggae legend, Bob Marley. Basically, it super imposes some poorly rendered dreadlocks onto your face and gives you digital blackface. There's very little else to say on the matter really, other than that Snapchat should be very, VERY ashamed of themselves, not just for promoting a negative stereotype in a borderline racist fashion, but by reducing Marley's legacy to little more than a joke. For shame.