Whilst we might have just about got over the madness that was London Design Week 2015, it's just kicked off again over in Beijing, and the 2015 Beijing Design Week is not pulling any punches. One of the event's flagship installations, this 3D-printed architectural pavilion known (rather intimidatingly) as “VULCAN,” is the largest in the world! Within the central atrium of the high-tech commercial/office complex of Parkview Green in the Chinese capital, the Guinness world record award winning design spans overhead visitors in an arched configuration. 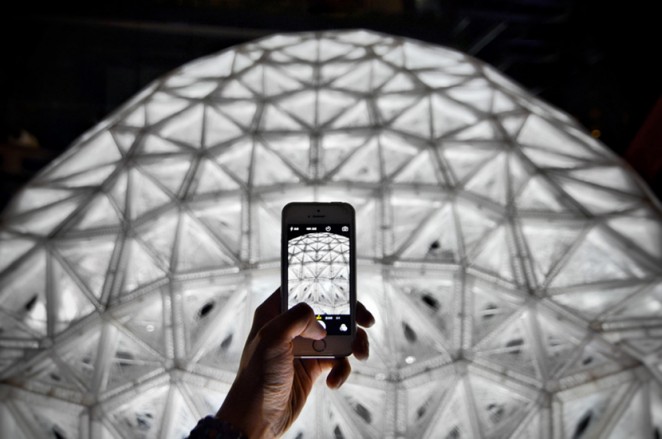 The Laboratory for Creative Design (LCD) developed a radical way of using the technology with the support of novel design techniques and construction methods, applied on an architectural scale. 1,086 different 3D-printed constructive units comprise the eight meter long, nearly three meter tall structure, which can be subdivided into three identical modules, making it flexible to fit the requirements of the exhibition site and activity area. The word “VULCAN” has nothing to do with Star Trek. It is actually derived from Latin, with the word translating to “Volcano” in English. It was chosen as a symbol for the unpredictable forces of nature, and the fragility of human civilisation. 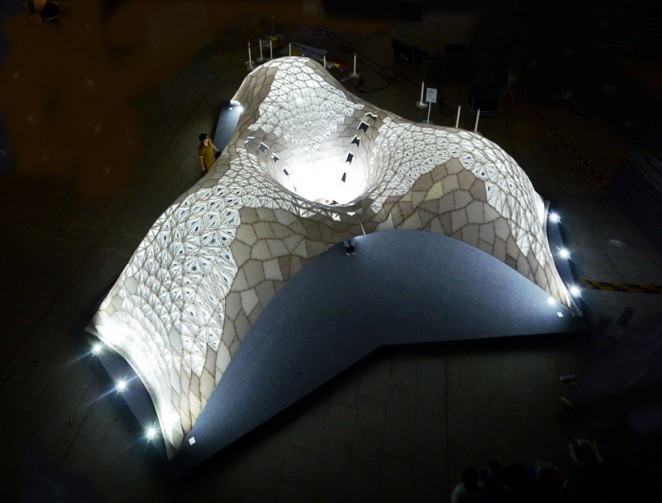 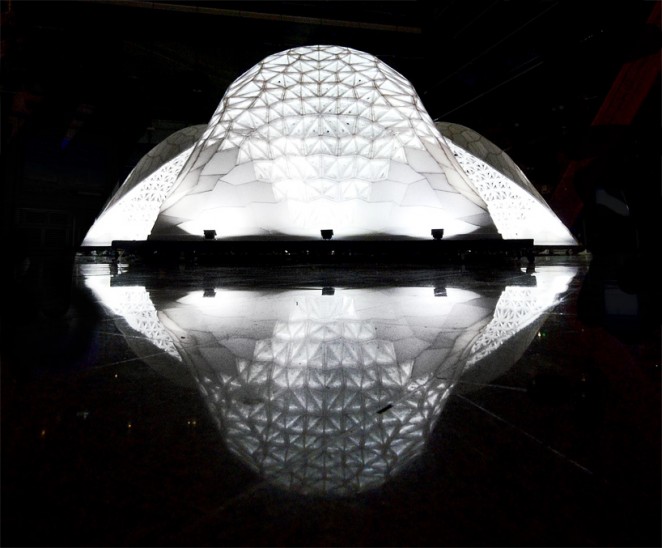 In its construction, the arched pavilion (which is aesthetically similar to the mushroom cloud that forms during an eruption) took 30 days and 20 large-scale 3D printers to complete each of the units, then 15 people for 12 days to assemble the pieces on site into the whole pavilion. The team behind the pavilion explain: “VULCAN’ takes precedent from the LCD team's research into the spatial form of cocoons, where we constantly search for suitable methods for 3D printing and its artistic reinterpretations. In extrapolating the form from the cocoon’s biological parent body, we seek to combine the 3D printing and spatial construction processes with the activities at the Beijing international design week. It will create an open plan parent body that can accommodate various activities for the public.”

The arched pavilion took 30 days and 20 large-scale 3D printers to complete each of the units, then 15 people for 12 days to assemble the pieces on site 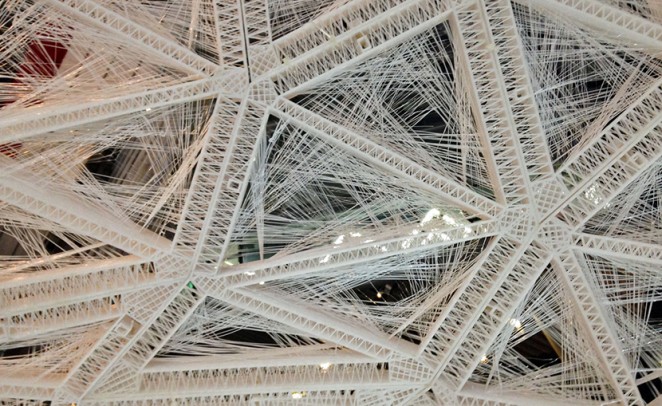 Of course, the VULCAN is just one of the many projects on display at the Beijing Design Week, which is now in its fifth year. This year, the festival focuses on a series of projects that will become integrated with the lives of locals (and celebrate them), while at the same time allowing visitors to experience the city’s most quintessential areas. According to the BDW team the festival is “An important series of conversations that elevate the socio-cultural role of design and offers a platform to build on, encouraging an international exchange of ideas and concepts to give new life to the city and the people that pass through it.” 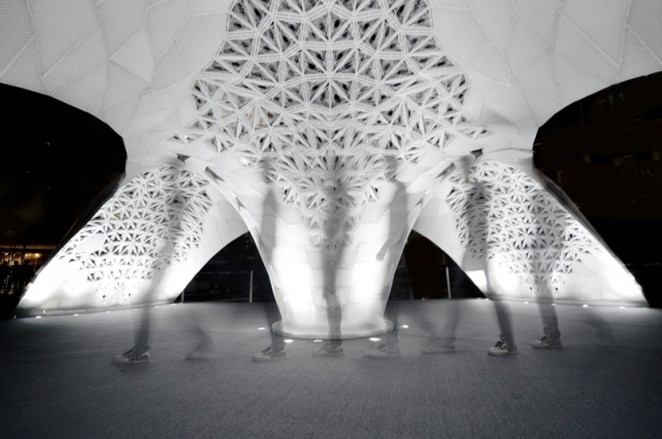