This man grew an ear on his arm

An Australian performance artist who simply goes by the name “Stelarc” (like “Madonna” or “Adele,” but with zero mainstream appeal) has grown an artificial ear on his arm. He originally came up with the idea in 1996, but it took him 10 years to get a team of experts to agree to the procedure, which saw an ear mould inserted under the skin of his left arm. Tissue and blood vessels began to grow around it over time, and whilst the ear itself doesn't actually work (that would be silly), Stelarc is planning on connecting the ear to a microphone and using it to let people online use it as a remote listening device. He will also be adding a GPS tracker, so people will know where he is, and (by extension) what they're listening to. People will be able to listen in for as long as he's connected to WiFi, adding that there won't be an on-off switch. Which is a terrifying thought indeed, especially considering there's the genuine chance that someone might be listening in whilst he's on the toilet!

In the latest blow against their rivals Apple, Samsung has unveiled details of its new flagship smartphone and larger tablet phone (or phablet), just days before the new handsets are set to be released on August 21 (almost a month before the launch of the iPhone 6s on September 9). 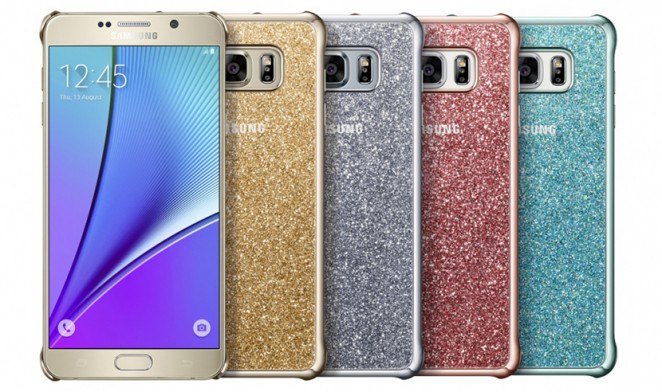 The Samsung S6 Edge+ and Galaxy Note5 both feature a 5.7-inch Quad HD Super AMOLED screen and increased RAM up to 4GB. On the Galaxy S6 Edge+, the dual edges are used as a shortcut from any screen to the user's top contacts and apps. Both new pieces of hardware include enhanced UX displays, camera, and audio and wireless charging, as well as 32GB and 64GB memory options. The S6 Edge+ is available in Black Sapphire and Gold Platinum, while the Note5 will be available in Black Sapphire and White Pearl. The Note5 features a curved back and an updated stylus or “S Pen,” and both models can be used with Samsung’s new payment system Samsung Pay, when it launches in the US this September.

These  releases follow the Samsung Gear S smart watch, which was released in August last year, rivalling the Apple watch, which was released in April this year. While the S6 edge+ is set to be released in the UK, there are currently no plans to release the Note5 in Europe, where traditionally, larger smartphones have not been as popular. Jean-Daniel Ayme, vice president of Samsung Electronic’s European telecom operations, said: “We’re in a market which has competition, and we welcome that – it’s a maturing market all around the world and we thrive in developing new opportunities, new devices that will grow the business.”

Last week was the Pebble Beach Automotive Week, and Infiniti used the opportunity to debut two unique VR experiences showing off their newest concept cars in partnership with TEN: The Enthusiast Network. Created by CP+B, “The Dream Road” experience married live footage to CGI to virtually put viewers in the driver's seat of the Q60 concept car. 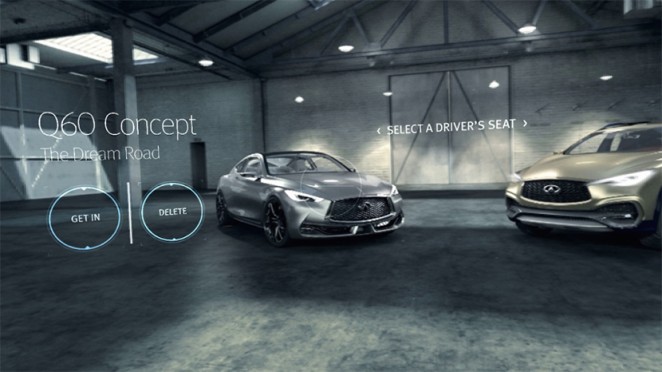 Infiniti teamed up with CXC Simulations and professional drivers to replicate the real-world physics of every bump, acceleration and turn for a custom simulator that recreated G-forces and tilt, providing a fully-immersive VR experience. Another film called “From Pencil to Metal,” featured Infiniti executive design director Alfonso Albaisa taking viewers on a guided tour of the QX30 Concept car as it was built around them in three-dimensional space.

For those of us who couldn't make it to Pebble Beach last week, both experiences will appear as YouTube pre roll ads (marking Infiniti as the first automotive brand to do so since Google launched 360 ads in July), and as a Google Cardboard mobile app, called the Infiniti Driver’s Seat, available today on iOS and Android. Allyson Witherspoon, director of marketing communications for Infiniti, said: “This innovative partnership invites the automotive enthusiast to transport themselves virtually and in real life with unique Infiniti experiences and celebrate with us the latest vehicles in the Infiniti lineup.”

In news some-what related to the CP+B news, a Vancouver-based game developer called Cloudhead Games has claimed to have made virtual reality nausea obsolete. The Vancouver Island-based developer is made up of former Bioware (of Mass Effect fame) and Relic employees, and has introduced the Blink VR locomotion mechanic, which uses a so-called “Elastic VR play space” that claims to deliver a “100% nausea-free experience.” I'll believe it when I see it, but it sounds promising at least, as my only real major qualm with VR is the fact it makes you feel like you've sunk about 20 pints after an hour of use. 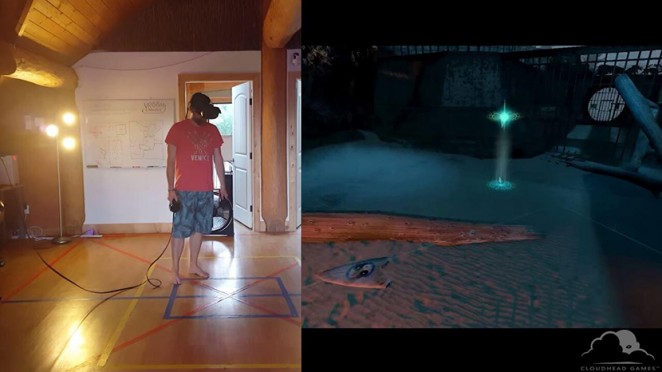 Cloudhead's three systems to work around the virtual reality voms: Cinematic Blink, Precision Blink, and Volume Blink. Nausea in VR is typically caused by the player seeing motion that their inner ear isn't mimicking, so by “Blinking” (a fancy word for teleporting) across short distances, the problem (in theory at least) ceases to be an issue. The idea is that you look at where you want to go and literally transport yourself via blinking, therefore cutting out the feeling of imbalance between what you're seeing and what your inner ear is picking up. Blink technology will debut in the studios first game, “The Gallery: Call of the Starseed,” which will launch alongside the HTC Vive later this year. HTC executives have warned that the Vive won't be cheap though, so don't expect Father Christmas to bring you one unless you've been a VERY good boy or girl this year.

A fitness tracker for wheelchairs

The Austin-based design and development studio Chaotic Moon Studios, which was recently in the news having been acquired by Accenture, has created a fitness tracker for wheelchair users. Freewheel was created by Chaotic Moon’s BASE innovation lab, but the idea came from one of the studio’s content strategists, Tyler Hively, who uses a wheelchair himself. The company says the device, which attaches to a wheelchair, considers some factors that other fitness trackers ignore, like the muscles needed to move the chair and the condition of the road or path. Freewheel also uses hall effect sensors, a barometer, a gyroscope and an accelerometer to measure  speed, acceleration, distance, altitude, incline and decline, and uses Bluetooth to transmit to wearable devices for heart rate monitoring. 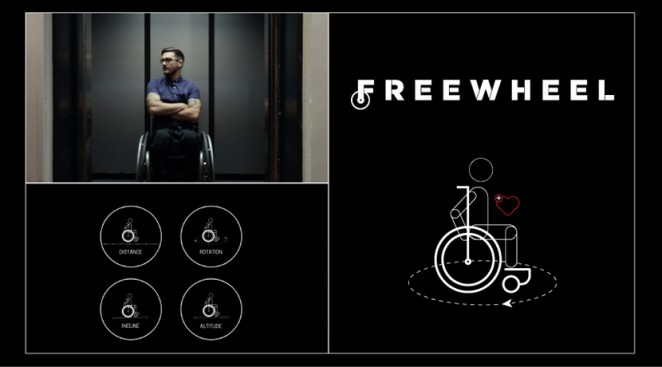 Chaotic Moon CEO Ben Lamm, said: “At the end of the day, the purpose of technology is to improve people’s lives. Freewheel combines these completely divergent types of tech in a way that not only enhances the life of the specific user, but — through this aggregation of data — has the potential to positively affect millions of people.” He added that Chaotic Moon has already signed the patents for the device, and will be polishing and perfecting it over the next few months. There’s no exact release date in mind, but he said, “You can probably expect to see it available within the next few months.”

Finally, it wouldn't be a week in tech without some news from the big Apple. If you've recently bought a third-generation Apple TV, Apple might be asking you to replace it. The tech giant is obviously trying to keep this under the hat, as they are emailing people individually and recommending they exchange it for a new one. The recall has to deal with a currently unspecified faulty part. Some people that have been contacted may have never run into any trouble with their Apple TV, but Apple has taken steps to identify the problem beforehand, and is getting ahead of it before things become serious. Concerned Apple TV owners don't need to worry about discovering the default for themselves, either. Should their device be defective, Apple will reach out to them.