The Week in Design

The Prince Philip Designers Prize, which was run by the Design Council from 1959 to 2011, is set to return next year. The annual prize will now be run by the Chartered Society of Designers, which voted at its AGM earlier this week to reintroduce the initiative. The prize was created in 1959 by Prince Philip and was initially set up in response to post war austerity. Back then it was called the The Duke of Edinburgh’s Prize for Elegant Design and aimed to recognise specific products, but as the initiative grew, it became a prize to recognise individual designers, from across the different sectors of design. Among the winners of the Prince Philip Designers Prize over the years were James Dyson (1997), Kenneth Grange (2001), Terence Conran (2003), Norman Foster (2004), Thomas Heatherwick (2006) and Quentin Blake, who was the final recipient of the prize, in 2011.

The Prince Philip Designers Prize, which was run by the Design Council from 1959 to 2011, is set to return next year

Prince Philip headed up the judging panel and presented the prize up until 2011, when the Prince stepped down from the prize as he reduced his royal responsibilities in his 90th year. Following discussions with the Prince, the CSD has now announced that it is bringing the prize back, with the organisation intending to build on the prize’s heritage in order to reflect today’s design profession. Instead of being chaired by Prince Philip, the jury will now be chaired by the president of the CSD. The organisation says that other design bodies will be invited to nominated candidates for the prize. The CSD says that while the prize was previously only open to British designers, the relaunched award scheme will be open to international nominations. Alongside the professional awards scheme, the CSD says it is also introducing the new Prince Philip Student Design Awards. The next Prince Philip Designers Prize will be awarded in mid-2016, with nominations to be sought at the beginning of the year.

Twitter's head of design calls it a day

Twitter’s head of design, Mike Davidson, announced this week that he will be leaving the company in February. In his three years at Twitter, Davidson has been in charge of testing the user experience of all services and products. His team was also responsible for launching Moments, a new feature where users can access curated content organised by topic. Although it is unclear why Davidson is leaving, his departure does continue a trend of recent exits from the company. In the last two weeks, Glenn Otis Brown, who lead Twitter’s video ad program, and Utkarsh Srivastava, who oversaw Twitter’s engineering team, have both left. Twitter is yet to release a statement about Davidson’s departure or who might replace him.

New Zealanders are set to vote between their current flag and a new design to decide which will be the country’s new standard. The new Silver Fern design has been created by Kyle Lockwood, a New Zealand-born architect based in Melbourne, and has been chosen to go against the current flag following a public competition and a national referendum, which saw 10,292 entries whittled down to a shortlist of five before Lockwood’s proposal was chosen. Lockwood’s flag proposal will now go head-to-head with the current New Zealand flag design in a nationwide referendum which will be held from 3-24 March 2016. The current New Zealand flag was adopted in 1902 and was designed by Admiral Sir Albert Hastings Markham.

Lockwood says of his design: “A New Zealand icon for over 160 years, worn proudly by many generations, the fern is an element of indigenous flora representing the growth of our nation. “The multiple points of the fern leaf represent Aotearoa’s peaceful multicultural society, a single fern spreading upwards represents that we are all one people growing onward into the future. The bright blue represents our clear atmosphere and the Pacific Ocean, over which all New Zealanders, or their ancestors, crossed to get here. The Southern Cross represents our geographic location in the antipodes. It has been used as a navigational aid for centuries and it helped guide early settlers to our islands.” The New Zealand government says that if a Lockwood’s new design is chosen to replace the current flag, this could start to be flown straight away, though voters should be aware that the estimated overall cost of a flag-replacement project would be NZ$25.7 million (around £11 million). 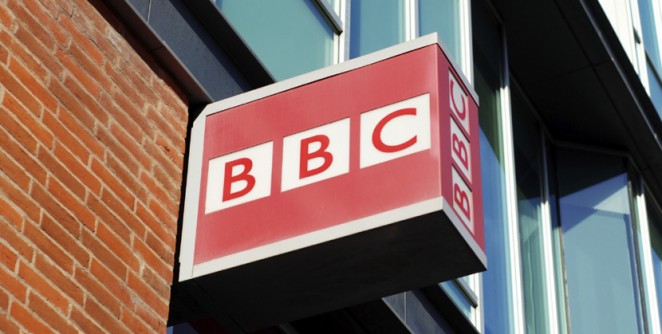 The BBC is seeking designers to test and evaluate its products and services as part of a new two-year framework worth between £3.5 million and £5 million. It is looking to appoint up to eight consultancies to the roster, and is looking for groups to help perform testing and evaluation of the BBC’s products or services, predominantly (but not exclusively) digital, product or broadcast based. The products or services under review are likely to be focused around the web, mobile or tablet applications, interactive TV, games and internally facing tools. The deadline for applications or requests to participate is 21 January 2016, and the framework is scheduled to run from June 2016 to May 2018.

Dutch consultancy Kossmann.dejong is designing the Royal Shakespeare Company’s first permanent exhibition. Called “The Play’s The Thing,” the exhibition will open next summer, and will focus on the RSC’s productions of Shakespeare, displaying props, costumes and set designs from hundreds of years of theatre. It will be housed in the Swan Theatre Wing in Stratford-upon-Avon, which is currently undergoing a major restoration. Costumes on show will include those worn by David Tennant, Dame Judi Dench and Sir Ian McKellen. Visitors to The Play’s The Thing will be able to try on costumes, stand on stage and create sound effects. The RSC has also commissioned artist Steven Follden to create a 3m-tall metal installation that will hang from the ceiling welcoming visitors to the exhibition. 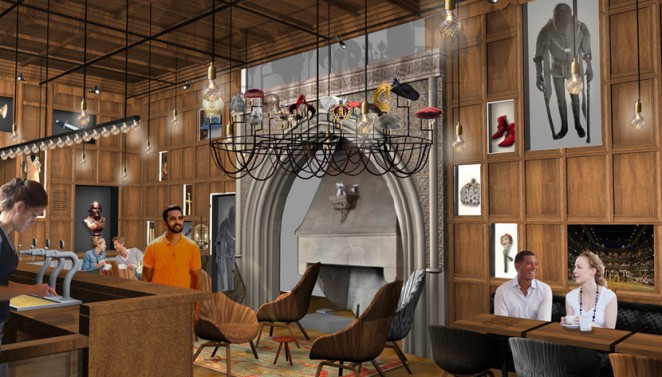 Kossmann.dejong said: “By mixing pieces from the collection with interactive installations, past and present will be connected, and visitors will be invited to actively take part in the process of making theatre.” Geraldine Collinge, director of events and exhibitions at the RSC, added: “Working with our exhibition architects and exhibition designers we have thought long and hard about how best to reveal our secrets to people of all ages using the latest digital technology.” The Play’s The Thing opens 21 June 2016 and will be open daily from 10am. 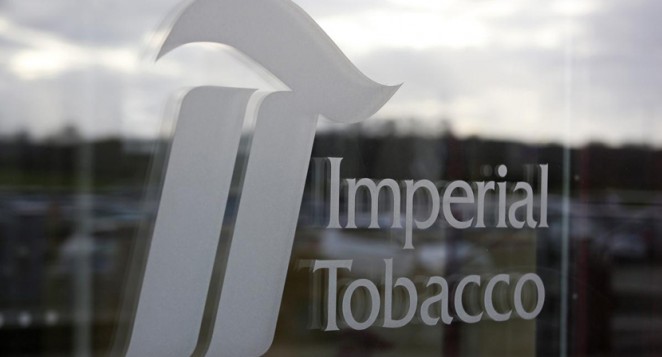 Imperial Tobacco, which operates cigarette brands including Lambert & Butler, Winston and Gauloises, is planning to rebrand and drop the word “Tobacco” from its name. The group is planning to change the name of its parent company to Imperial Brands, because they feel the new name better reflects the dynamic, brand-focused business they are now. Basically, tobacco is a dirty word now so they want to get shot of it! Good call. The name change will only be made at a group level, and the Imperial Tobacco name will continue to be used for its tobacco subsidiaries division. The name change is subject to shareholder approval and will be discussed at the company’s AGM in February. Imperial Tobacco is one of four major tobacco companies that is currently challenging the UK government’s plan to introduce plain cigarette packaging.

Ford says is restructuring its design process to focus more on customer experience rather than just looking at technology and vehicle design. The company is rolling out global investment in social science-based research, with the aim of understanding the cognitive, social, cultural, technological and economic nuances that affect product design. Ford says that it has brought in a team of social scientists and next year plans to double the number of its projects that use ethnographic research. So far, the research team has examined topics such as the future of luxury transport, how people form relationships with their cars and the role of trucks in the US. The company says it is also overhauling its design process, so that designers no longer just sketch products, but now create full customer experience illustrations that visualise the experience each product is meant to deliver.

Raj Nair, executive vice-president of product development and chief technical officer for Ford, said: “The challenge going forward isn’t who provides the most technology in a vehicle but who best organises that technology in a way that most excites and delights people. As both an auto and a mobility company, we at Ford are going further than just designing the product to move people from point A to point B. We are considering the way customers interact with our vehicles as a unified experience, looking for ways to excite and delight customers and make their lives better.” Ford president Mark Fields, added: “We see a world where vehicles talk to one another, drivers and vehicles communicate with the city infrastructure to relieve congestion, and people routinely share vehicles or multiple forms of transportation for their daily commute. The experiments we’re undertaking today will lead to an all-new model of transportation and mobility within the next 10 years and beyond.”

Cardiff’s Millenium Stadium, the home ground for the Welsh national rugby union team, is set to rebrand as the Principality Stadium in 2016. The new name is the result of a 10-year partnership between the Welsh Rugby Union and the Principality Building Society, which includes naming rights for the national stadium. The new identity has been created by London-based consultancy Bear, and is reportedly the result of an extensive scoping process. The development process saw three design routes shortlisted, which were voted on by a panel which included former Wales international captain Ryan Jones, as well as staff and members from both the WRU and Principality. WRU group chief executive Martyn Phillips, said: “This logo will represent Welsh rugby, Principality Building Society and the nation on the world stage for the next 10 years and it was vitally important to us all that it reflected the iconic status of our national ground.” The new logo will be officially unveiled on 22 January 2016. 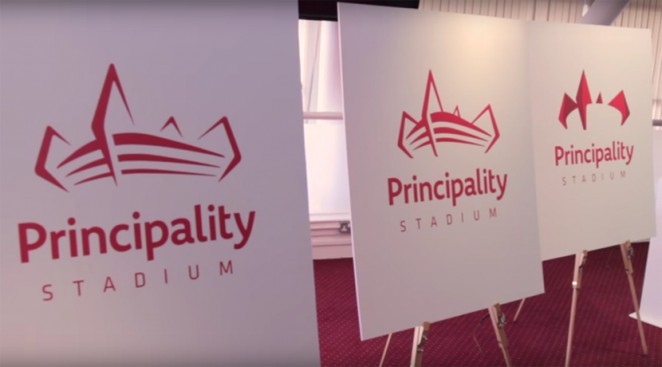 Benjamin Hiorns is a freelance writer, struggling musician and design aficionado from Kidderminster in the UK.