The V&A explores the transformative power of creativity | #BehindTheIdea

Back in April, the V&A Museum launched a campaign created by adam&eveDDB to champion the belief that creativity is what makes us human. The campaign promoted the V&A’s permanent collection and encouraged the public to explore the abundance of events and content both online and within the museum itself beyond the exhibitions.

The two-minute film at the centre of the campaign (above) was directed by Georgia Hudson through Park Pictures and tells the story of a mannequin encountering incredible art, design and performance inside the museum’s iconic South Kensington site; from fashion and jewellery to photography and sculpture, it’s the boundless creativity within the museum walls that brings our hero to life.

As the mannequin, dancer and lead choreographer Max Cookward (BBC Young Dancer 2019, Contemporary Finalist) journeys through the galleries to a haunting soundtrack, they meet other dancers along the way and gather energy and momentum as they move together through the empty museum. The film ends with the line: “Creativity – it’s what makes us human.”

We caught up with Mark Shanley, Creative Director at adam&eveDDB, to discuss the project further.

To create a compelling creative platform that celebrates the V&A and how they champion the vital role creativity has to play in all our lives, in all its many forms. This platform would have to live for years to come across paid & owned channels and enable us to activate it with many shapes and sizes of work going forward. 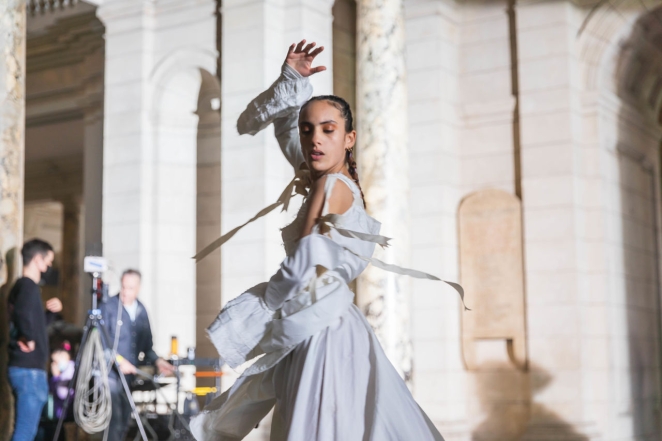 From winning the pitch to the creation of the platform and subsequent work was a long process. But the collaborative nature of the relationship between agency and client at every step made the time fly by really. It never feels like hard work when you’re creating something for people who understand and value creativity as much as you do. How could it?

In the end an idea about the transformative power of creativity by Xander Hart and Edward Usher won out. It was powerful to me because of the depths that hid in what at first seems like a very simple thought. They’re deep thinkers those guys.

We briefed our best creative teams and gave them sufficient time to really think deeply about the brief. But once word of the opportunity got out in the department I was having ideas sent to me from multiple teams who we hadn’t even briefed. Everyone was so excited about the prospect of creating something for the V&A.

I worked closely with our Planning Director Claire Strickett and once we were excited about some work, loose territories and half baked ideas, we took them to the V&A. There was no big reveal, instead we crafted it together as one big team. Sophie Rouse and her team always believed in our vison and we worked as closely with them as we could.

As much research as we did, and we did a lot of research, we could never have the depth of knowledge about the V&A that they do. Interestingly their Head of Design Evonne Mackenzie was overseeing a rebrand and the creation of new typeface at the same time (check it out, it’s wonderful) and so I worked closely with her whenever I could, her insights were invaluable at every step of the process 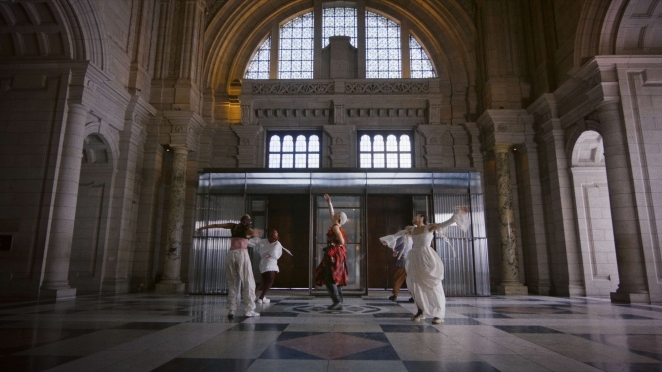 As you can imagine, production was challenging. We were fortunate to be able to shoot on the last two consecutive days that the museum was closed before returning to being open seven days a week. Georgia Hudson, our director is an artist and Park Pictures moved heaven and earth to help her realise her vision for the piece.

But it’s tricky letting a film crew roam around the V&A at night – you could bump into something that is literally priceless around almost every corner. So we worked with a small, agile crew. We were fortunate too to have an extraordinary Director of Photography in Seamus McGarvey who’s artistry was befitting of a film for the V&A about creativity.

It was only during the edit process that Georgia, our editor Paul O’Reilly and Edward and Xander came up with the idea to include pieces from the collection as little narrative markers on the mannequin’s journey as the black and white photos you see throughout the film.

I loved it straight away, but it created an enormous headache for the team who had to craft each mini narrative and return to the museum multiple times to shoot the objects. Then each one needed to be cleared by its creator too. Well, those who are still alive anyway.

The clearing of each piece was difficult but the team played a blinder. From the moment I saw the “Sculpturre” bag Virgil Abloh designed for IKEA I wanted to include it and his tragic and untimely passing made it a must. I was so happy when Alex Webb at the V&A reached out to Virgil’s people and they immediately said yes, of course we can use it.

It’s exactly what he would have said and I was delighted that his generous creative spirit was alive and well and just beyond please that we could feature his work among others like Michelangelo, Raphael, William Morris, Vivienne Westwood, Kehinde Wiley, Alan Fletcher, Grayson Perry, Simone Rocha and well, you get it, it’s a long credit list.

Actually the iconic Cromwell Road entrance doors that open at the end as the mannequin has finally become human were newly refurbished and only finished minutes before we shot. Craftsmen were still removing scaffolding while we were setting up the shot. 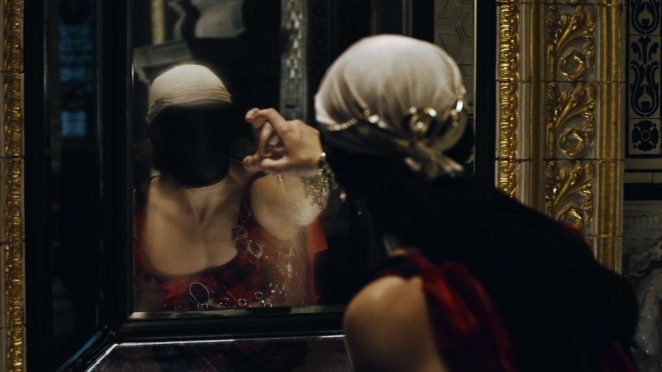 The message is simple and it’s powerful. Creativity isn’t just something that humans do, it’s what makes us human. It’s a pure embodiment of the V&A's mission to champion design and creativity in all its forms, for everyone.

The pandemic has been tough on museums but the V&A is open again and it offers boundless opportunities for creative inspiration, joy, and adventure – we just want to remind people of that fact. Maybe people will watch the film and think, I haven’t been there for a while, maybe I’ll go his weekend? Or even better, maybe they’ll watch it and think, maybe I’ll make something today. 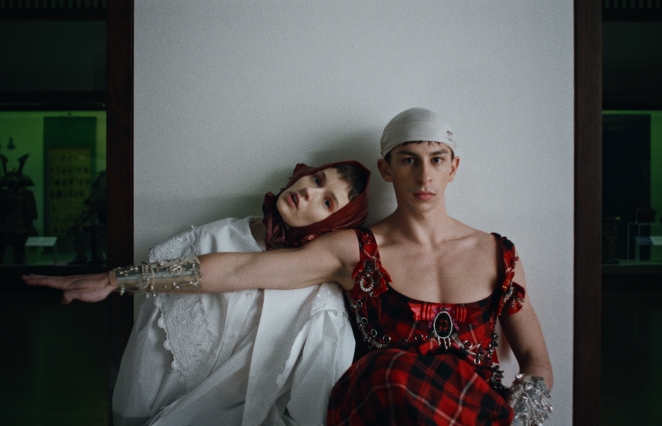