Death is a worrying eventuality that most of us choose to spend our lives ignoring because it makes us feel uncomfortable. The design world, however, thrives on making us uncomfortable, because it's on these fringes where the most exciting, vibrant creative work is found. A case in point is Seattle-based designer Katrina Spade, who has mined her own mortality to create a proposal that is not only beautiful and striking, but could potentially change the way we bury our loved ones. This is a building proposal that offers an eco-friendly alternative to burying the deceased, and it's rather fittingly been dubbed the “Urban Death Project.”

Spade's proposal calls for a building in which dead bodies will be wrapped in linen and placed in a three-storey core that contains high-carbon materials, which would help the bodies to decompose and eventually become soil, which could be re-used. Funerals would be conducted within the building, with relatives and friends of the deceased invited to wrap the body in fabric and oversee its placement within the composting area. The body could be refrigerated up to 10 days before the ceremony takes place. There is no embalming process, meanwhile, because decomposition is an important part of the design, as Spade feels it is disrespectful both to the earth and to ourselves that we fill our dead bodies with toxic fluid before burying them in the ground. The system would work particularly well in cities, where populations are growing and burial space is limited. 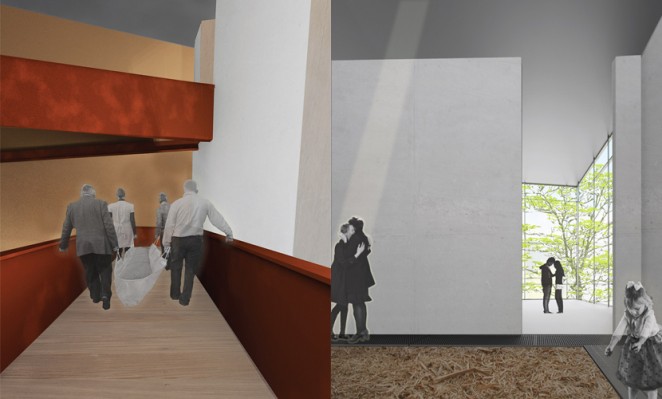 Spade said of her morbid, but fascinating concept: “Everybody is impacted by death, but people in urban areas and poor people are especially affected by a lack of burial space and the expense of conventional disposal methods. It is not a viable option, nor desirable, to have our bodies pumped with toxic chemicals, wrapped in raw materials, and buried in an individual plot where they take up precious arable land. The Urban Death Project utilises the process of composting to safely and gently turn our deceased into soil-building material, creating a meaningful, equitable and ecological urban alternative to existing options for the disposition of the dead. The project is a solution to the overcrowding of city cemeteries, a sustainable method of disposing of our dead, and a new ritual for laying our loved ones to rest.” Concerning how it would work, she explained: “Those closest to the deceased meet the body in the shrouding room, where they wrap it in simple linen. Supportive staff are on hand to assist in this process. Mourners then gather at the top of the core, where the wrapped body is placed, and then, over the span of a few months, with the help of aerobic decomposition and microbial activity, the bodies decompose fully, leaving a rich compost.”

Funerals would be conducted within the building, with relatives and friends of the deceased invited to wrap the body in fabric and oversee its placement within the composting area

Whilst the idea of literally becoming dirt might not appeal to everyone (though really, it's not like you're going to be aware of what's happening right?) composting, rather than burial or cremation, is a more environmentally responsible method for handling dead bodies. Each year, more than 30 million board-feet of hardwood (nine million metres) and 90,000 tons of steel are used to make coffins for US cemeteries. Additionally, 17,000 tons of steel and copper and 1.6 million tons of reinforced concrete are used for American burial vaults, and 750,000 gallons of formaldehyde-laden embalming fluid are used annually. Spade adds: “Cremation is a less wasteful option, but cremation in the US emits approximately 600 million pounds of carbon dioxide (272 million kilograms) into the atmosphere annually, which is the equivalent of more than 70,000 cars driving the road for a year. The more options we have to ecologically and gently care for our dead, the better.” 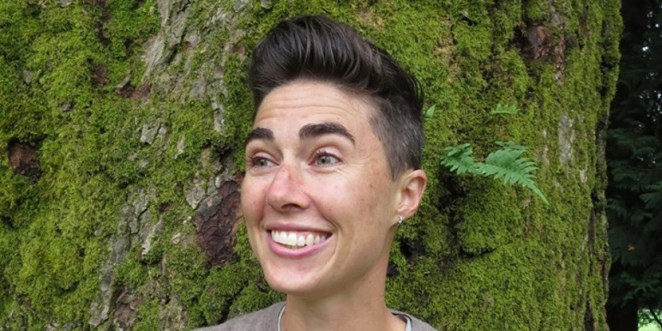 Spade hosted a Kickstarter campaign for the project in 2015 to raise money for the project, and more than 1,200 people contributed a total of £63,000. The designer has also received financial support from Echoing Green, a foundation that provides seed-stage funding for projects that promote social change. The Urban Death Project is a nonprofit organisation (though it does have a board of directors and a board of advisors), which is continuing to raise funds to conduct research and build a prototype. The ultimate aim is to fundamentally alter the way that Western society thinks about death and to (in Spade's words) “Undo the over-commercialisation and needless distance we have created between ourselves and this inevitable human event.”

Spade hosted a Kickstarter campaign for the project in 2015 to raise money for the project, and more than 1,200 people contributed a total of £63,000

Spade, who holds a master's degree of architecture from the University of Massachusetts Amherst, has focused her entire career on creating human-centred, ecological, architectural solutions. Prior to graduate school, she studied sustainable design and construction at the Yestermorrow Design Build School in Vermont and earned a bachelor's degree in anthropology from Haverford College in Pennsylvania. During her graduate studies, she received a grant from the Massachusetts Department of Agriculture to build a compost heating system, a project that led to her idea for the Urban Death Project. What are your thoughts on the project? Is it a bold and beautiful solution to a problem most of us would rather distance ourselves from as much as possible? Or do you think we're just not ready yet to let go of our (some might argue antiquated) traditions? As ever, feel free to sound off below! 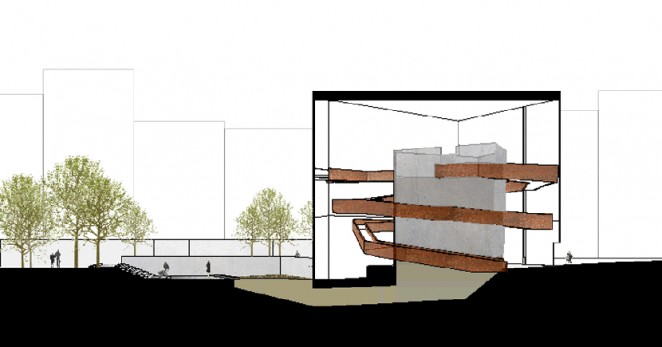 Benjamin Hiorns is a freelance writer and struggling musician from Kidderminster in the UK who is quite happy to be chucked into the woods post-mortem. A few nice words wouldn't go amiss though.