The top font trends set to take 2023 by storm | #PredictionsMonth

For most people, fonts are not something to spend a lot of time considering. Yes, most of us have a perfectly rational hatred for comic sans but aside from that, a font is surely little more than an afterthought for a designer, right? Not at all.

Think about it, how many times have you been put off a restaurant because the menu uses a typeface that doesn’t quite suit the décor? Or loaded up a website to be struck by text that is barely legible and reach for the cross in the right-hand corner before you can even try to decode it?

The fact is, while images, audio and video make up more of our content than ever before, text still matters, and fonts are how we embellish this content with character.

The problem is, when you’ve been in the creative game for long enough it can be comforting to fall back on the old favourites. I myself have fallen victim to the “I guess calibri will do in a pinch” way of thinking but the problem with the tried and tested designs is that everybody else is using them too.

That’s why typographers are still in business and why forward-thinking designers are always looking for the next great font to take their work to the next level.

You see, typography once allowed the images to do the heavy lifting as far as tone and mood were concerned but today, a font can tell a thousand stories. To underline this fact and expose some of the more exciting designs set to make waves over the next 12 months, here I’ll be exploring some of the trends I expect to say taking hold of the font market in 2023. 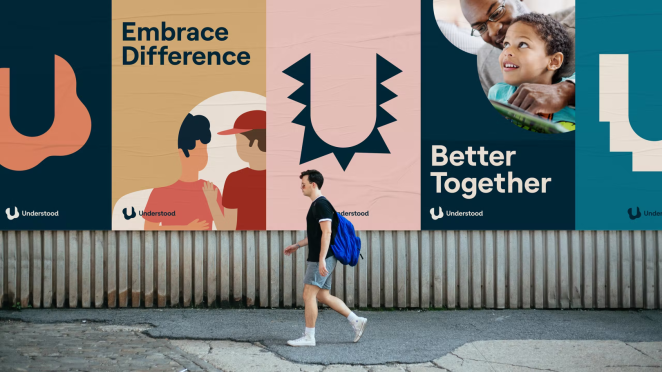 If people can’t read your font, then it’s failed. This might be an obvious statement (and not always technically true, depending on the effect you’re going for) but there is some wisdom in it, particularly when it comes to accessibility for neurodiverse individuals. Of course, traditional logic when it came to making fonts more accessible was simply making them larger, but in 2023 there’s going to be much more to it than that.

For example, look at the above rebrand from Wolff Olins for the neurodiversity charity Understood. They realised what characters those with ADHD and dyslexia had trouble with and made them more distinguishable without removing what made the font impactful in the first place. It’s this kind of more considered approach to accessibility I think we’ll see more of this year.

With thinks so bleak at the moment there was always going to be a strong nostalgic element to 2023 and I have a feeling this will come across in its typography. We have already seen lots of fonts paying homage to the 70s and 80s in recent years. Look at the fonts used by pop culture touchstones such as Stranger Things and Marvel for proof.

But in 2023, I have a feeling the 90s are going to pop into VHS focus. Take the font’s that accompanied Spotify’s “Wrapped” campaign last month. It was all saturated colours and grand printed ephemera and couldn’t have been more 90s if it was playing the Saved by the Bell theme tune on a Sega Mega Drive. I can see the 90s making a big comeback in 2023 fonts.

Augmented reality was something few of us really took seriously until Pokemon Go kicked off a few years ago. Today, however, it’s been subtly infiltrating the creative industries in a very clever and organic way.

While characters and images were the obvious initial first places people looked for AR functionality, this year, I expect designers to use fonts in a more creative fashion in the AR space. This could be everything from fonts that change depending on their location to fonts that are able to bend and shift around physical objects without losing readability. 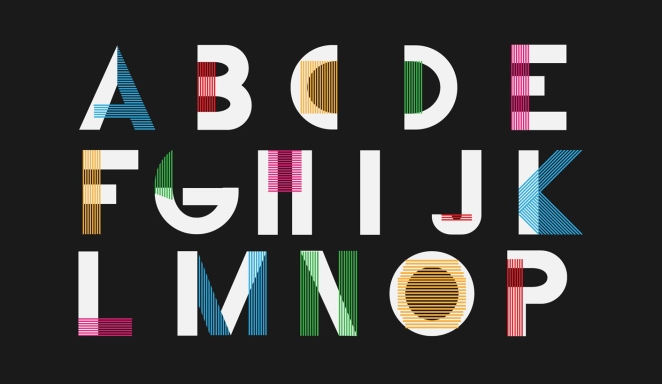 Custom fonts were once perceived as being more effort than they were worth due to the time and resources involved in creating them. But with more brands fighting for recognition in an increasingly crowded space, I think it’s perhaps the trend that’s going to have the biggest impact in 2023. This will mean more experimentation, more aggressive differences, and more creativity. Which is never a bad thing.

Of course, there are ways to cut through with existing styles, particularly the more expressive serifs and sans designs. But with so many brands relying on more subtle logos now, it’s increasingly becoming the job of the font to do a lot of the heavy lifting when it comes to character. And a custom font is a great way to bring that character to the forefront.