The Pregnant Man gets a feminist makeover

Saatchi & Saatchi London will be giving the exterior of their private Pregnant Man pub a feminist makeover this week in the form of a huge billboard spelling the phrase “There's a Good Girl” in hundreds and thousands. The piece, by typographer, Alison Carmichael, aims to reveal how female creatives in the industry are helping to change the way that women are portrayed in advertising for the better. The idea behind using the Pregnant Man as a platform for the striking billboard is an obvious; the pub is named for a (now controversial) ad created by Saatchi & Saatchi for the Family Planning Association in the 1970's that promoted the use of contraception by depicting a man with a swollen belly above the tagline; “Would you be more careful if it was you that got pregnant?" 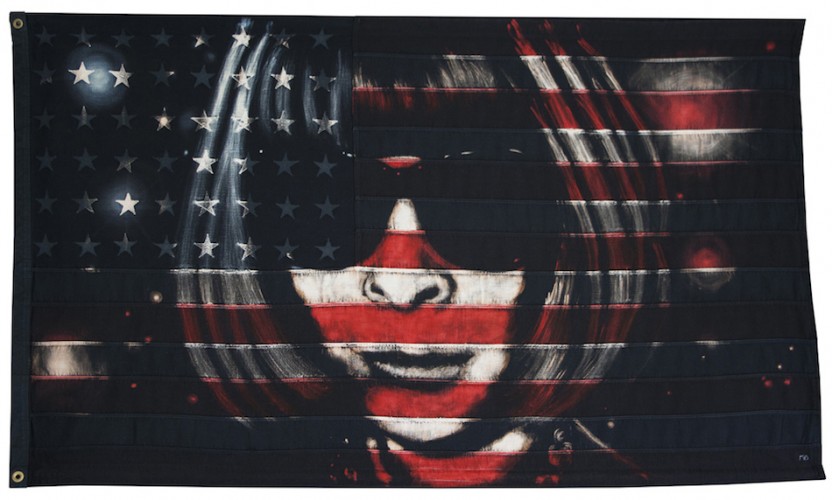 The piece, by typographer, Alison Carmichael, aims to reveal how female creatives in the industry are helping to change the way that women are portrayed in advertising

The billboard is just a part of the project for Carmichael, who herself is a respected figure in ad land, with work to her name that's appeared in campaigns for such globally recognisable brands as Kellogg's and McDonald's. The billboard is merely (literal) window-dressing for the “There's a Good Girl” exhibition, which features 20 works examining how female photographers and creatives are changing the advertising rulebook. The lobby of the agency's office at 80 Charlotte Street, will display a selection of Carmichael's pieces, and last night it played host to a private view of the complete collection, which won't be open to the public until Monday (December 1), when it will open officially at the Assembly Rooms gallery in Soho. 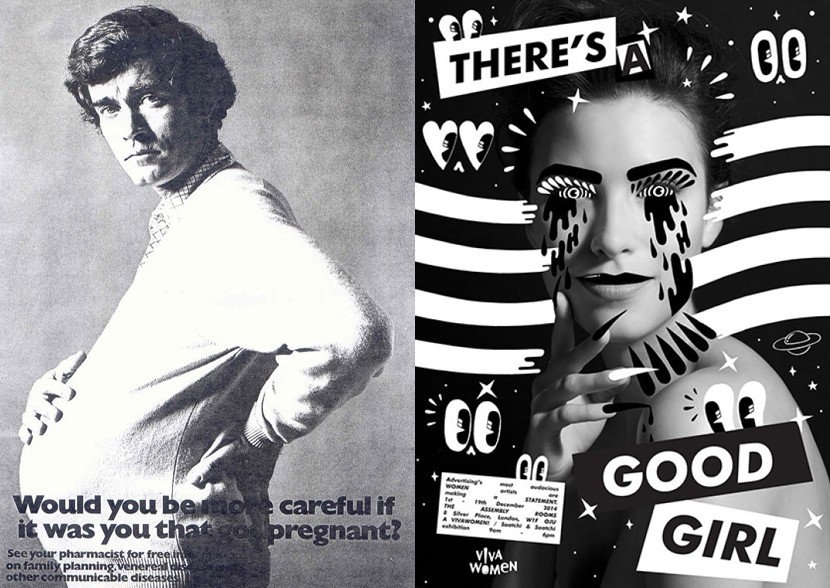 The show was curated by Jo Wallace, a creative director at Saatchi & Saatchi, who was helped by other Saatchi employees including art director Suzie Quill, Shelley Dobson, the global head of beauty, and Lee Sharrock, director of global creative PR. Wallace said that whilst “Female creative directors are thinner on the ground, it is changing,” and jokes “It's certainly not 'Mad Men' anymore.”

Punk: Rear Guard by Kathryn Ferguson – A film featured in the exhibition that challenges the over-sexualisation of young women in advertising

The exhibition celebrates the work of female creative talents whose work crosses the divide between art and advertising such as (besides Carmichael, of course) artist Natasha Law, Vice photographer,Arvida Byström, director Kathryn Ferguson and set designer Rhea Thierstein. Wallace said that Saatchi are always commissioning “artists, directors, photographers, illustrators and typographers,” and she thought “It would be really interesting to get them to do something that wasn't to a commercial brief for once,” and “Let them do whatever they wanted.” The only guidance they were given, was the title of the show.

The “There's a Good Girl” exhibition was curated by Jo Wallace, a creative director at Saatchi & Saatchi

Photoshop, is of course a controversial subject when it comes to the portrayal of women in advertising, and artist Nancy Fouts has underlined the way this modern invention has shaped the industry by drawing a physical link between the work she did in the past and her artwork today. She says that back then, “There was no chance of a retouch.” Wallace, however counters that they don't plan to “Retouch something to the point of it looking too fiddled with,” explaining that campaigns like Dove's 'Real Women' by photographer Veronique Rolland, “Went a long way towards changing that.” She adds that the industry is constantly “Accused of putting out images that are unobtainable but it's difficult because you want it to be aspirational, that's what advertising is.” An interesting (and incredibly valid) argument indeed. 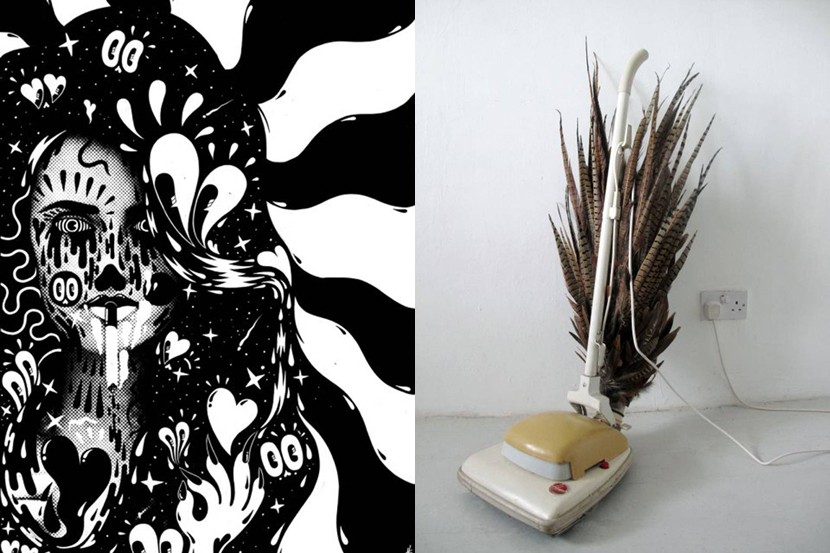 As well as having their works featured in the exhibition, each artist has also picked out their favourite commercial piece of work, which will be included in an accompanying catalogue. The exhibition will run from the 1st through to the 19th of December at the Assembly Rooms, London W1F.