For the average Jane, the term Big Data is almost impossible to comprehend – or at least, it is to me. I’m well aware that data cloaks and polices every aspect of our lives and that my search histories, numerous email inboxes, online bank statements and social media feeds, conspire together to create a body of information, which, on larger scales can be used to understand a population in quite frightening ways. But Big Data? Well it’s too ‘big’ for me I guess.

Google defines the term (and they should know) as “data sets that are too large and complex to manipulate or interrogate with standard methods or tools”, and I’m switched on enough to know they’re not just talking about my Facebook feed. But the ominous and corpulent nature of Big Data, and the way it is almost always manipulated by the press to produce near hysterical headlines or explain global controversies, makes me uneasy. It’s about time someone helped me demystify and decode it. 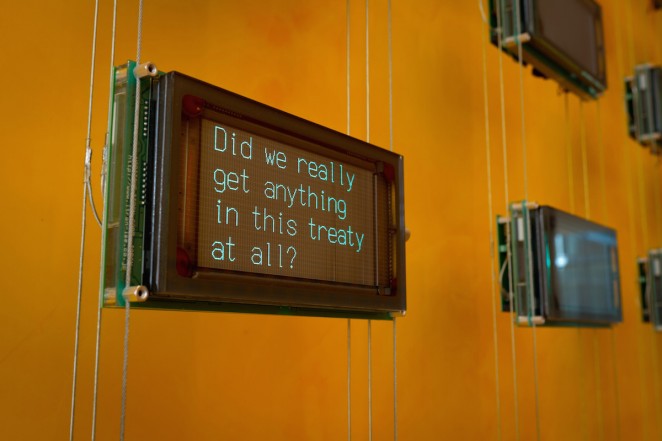 Enter then, The Office for Creative Research, a New York-based group of media artists and coders founded in 2013 by Jer Thorp, Mark Hansen and Ben Rubin. The team work at the intersection of technology, culture and education to build user-focused tools, public space interventions and forward-looking prototypes that aid the understanding and humanisation of complex data systems.

A great example of the group’s work is Floodwatch. The free Chrome browser extension that empowers consumers to reverse engineer ad targeting by making it possible for them to edit the information that advertisers are targeting them based on. Floodwatch condenses users’ ads into images fly-posted on their screen, through which they can see everything they’ve been targeted with during their browsing history. OCR created Floodwatch aware that individuals didn't have the tools to understand how their data was being used by advertisers, or the impact that this profiling was having on their privacy. 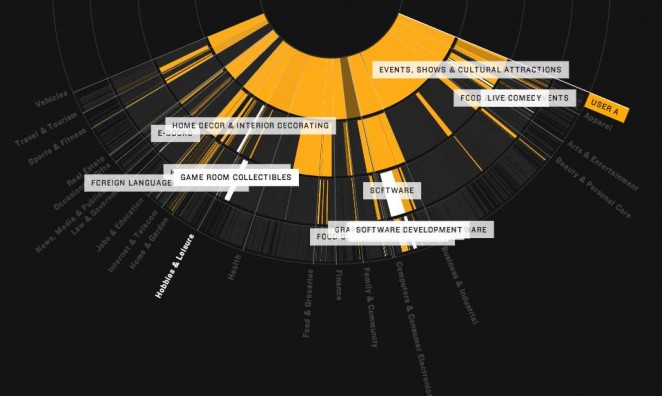 OCR also work with data teams in large companies across the world to help them streamline and better understand the information they have available to them. At Microsoft Research, the trio worked with the Digital Crimes Unit and Envisioning Group, knocking down the boundaries between analytics and communication and providing visually accessible ways to help the departments work more efficiently. When they worked with NASA, the OCR visualised the complete history of space travel in NASA’s own words. And they also helped eBay examine themselves as a cultural artifact, as well as breaking down a 500 millisecond online auction into its workable parts. 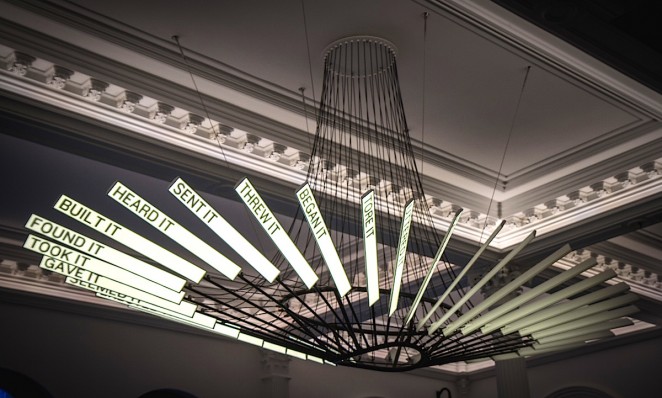 It’s the OCR’s visualisations that set them apart from the thousands of other experts who work to solve data problems. And interestingly, the team identify themselves as artists above anything else. Recently, they created the Shakespeare Machine, in the lobby of New York’s Public Theatre. A vast technological chandelier where each of the 37 LED arms stream a Shakespeare play which has been sequenced by a program into poetic fragments. 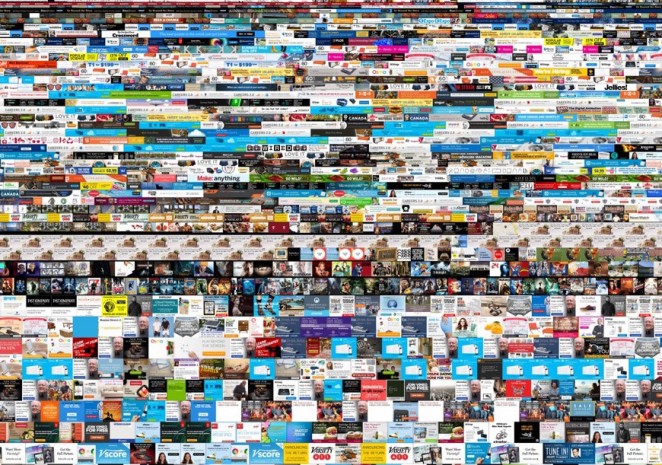 These modern day Robin Hood’s of data are creating avenues of insight wherever they can. And in true information-sharing spirit, on the last Friday of each month, they invite the public to join OCR Fridays - an informal discussion with an individual or group working at the intersection of data, research-based art and creative methodologies. The events are free. And I need to get to one fast, these guys are wizards.

A New Decade Of Graphic Design

In today's video, I aggregated a list of graphic design trends from some completely-reliable google searching (ehhh like 10 sites) so that we're all aware of what's poppin' in the design world of 2020. Let's enter this decade in the know, shall...