The latest updates from Apple

Launching a training centre in Italy 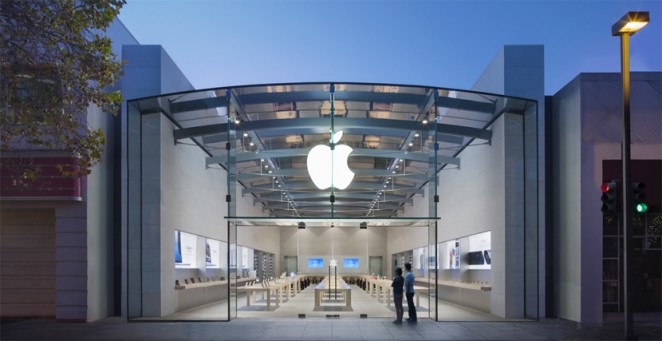 Apple is set to launch a training centre in Italy where students will learn how to code and develop apps for the iOS smartphone and tablet platform. The iOS App Development Centre in Naples will have a specialised curriculum aimed at enabling students to become part of Apple’s developer community by teaching them how to create Apple software. Alongside developing iOS apps, Apple will also be working with coding trainers based in Italy to create additional opportunities for students. If the scheme is successful, Apple hopes to create more training centres all over the world. The announcement comes as research from app analytics company App Annie shows that competition between iOS App Store and its rival Google Play is high, with the number of iOS app downloads in 2015 roughly half that of Google Play app downloads for Android devices.

“The App Store is one of the driving forces behind the more than 1.4 million jobs Apple has created in Europe”

Apple CEO Tim Cook says the programme will “Help Italy’s next generation of entrepreneurs get the skills they need for success,” and adds that the App Store “Is one of the driving forces behind the more than 1.4 million jobs Apple has created in Europe, and presents unlimited opportunities for people of all ages, and businesses of all sizes across the continent.” 75,000 of these jobs are in Italy, where the first new learning centre is based. A date for the opening of the first Apple iOS App Development Centre in Naples is yet to be announced. Apple has yet to confirm whether the training programme will be used to directly create new jobs within the iOS App Store team.

Moving into the VR game? 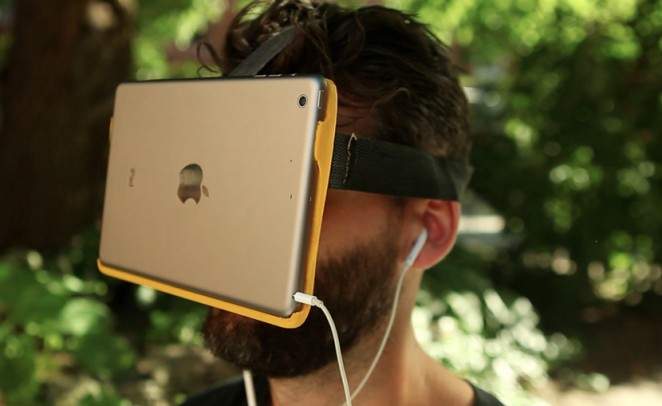 According to a Financial Times report, Apple has hired virtual reality expert Doug A. Bowman, sparking speculation that they could be joining the technological masses in joining the virtual reality bandwagon. This appointment doesn't necessarily mean that Apple will be dabbling in VR of course, but we know now that the company is at least researching the technology. A smart move, given that VR is expected to generate $5.1 billion in sales this year. Bowman was previously Professor of Computer Science and Director of the Centre For Human-Computer Interaction at Virginia Tech. He was also principal investigator of the 3D Interaction Group, working on projects such as “VR for Sport Anxiety,” “Immersive Virtual Human Exploration of Space,” and “Learning with Locations in VR.”

Knocking its phones down a size

Apple is looking to release a smaller phone in the shape of the rumoured iPhone 5se. This special edition of the iPhone 5 has all the hardware upgrades found in Apple's later model devices, but will bring back the 4-inch screen for users uncomfortable with the larger size of the 6 and 6 Plus. It's even being said that the 5se could include features found in the iPhone 6s such as Bluetooth 4.2, voice over LTE, and 802.11ac WiFi, Live Photos, as well as gold and rose gold colour options. Multiple reports have also suggested it could come with the powerful new A9 processor! 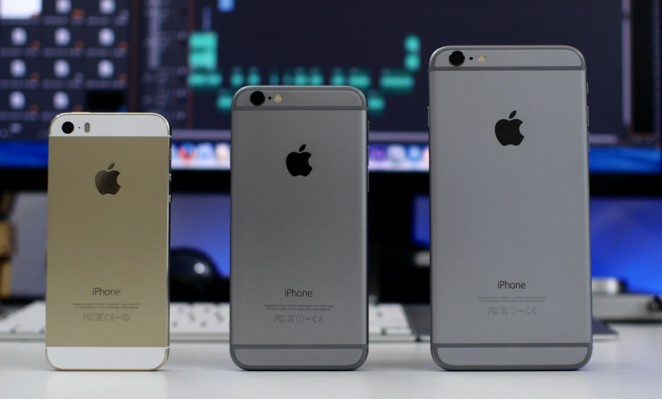 The 5se will likely take over for the 5s, with the older phone being discontinued altogether. It's rumoured that the new iPhone will be unveiled in March, alongside the equally as-yet unconfirmed Apple Watch 2. The iPhone 7 is expected to launch later this year, with rumours suggesting that the phone’s home button could be dropped to make the screen bigger for new 3D touch technology.

After 16 years, Steve Zadesky left Apple this week, reigniting talk about its heavily rumoured electric car. Zadesky once worked at Ford before making the jump to Apple to work on the iPod and iPhone. Zadesky was also the head of his former company's as-yet-unconfirmed electric car project, which is said to be codenamed “Project Titan.” Rumours of the hardware manufacturer's secret division have swirled for some time. In 2015, however, those rumours swelled, and just this month it was revealed that Apple has registered three car-related domains. Zadesky's departure, meanwhile, is said to be for personal reasons unrelated to his performance. Though it's important to note that his departure, as well as his speculative role, are still unconfirmed.

It has been revealed this week that Google has been paying off Apple in order to keep its search engine on iOS devices. A court transcript obtained by Bloomberg, from Oracle’s copyright lawsuit against Google, reveals that the former company paid out $1 billion to its closest competitor in 2014. The two tech companies made an agreement that would give Apple a percentage of the revenue Google generates from searches made on iPhones and iPads. This is especially woeful news for Google, as this extremely confidential information could negatively impact future negotiations with other companies. 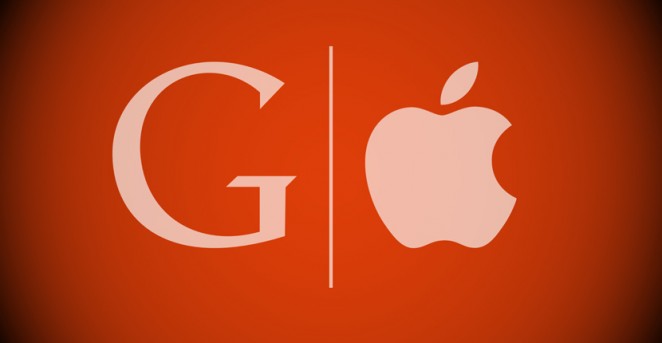 The revenue share Apple currently receives from Google is unknown, but a Google witness questioned during the Oracle-Google lawsuit said is was 34% at one time. However, according to Bloomberg, the transcript didn't make it clear if that was the amount Google kept, or the amount paid to Apple. A Google attorney also attempted to get the 34% removed from the transcript, but the presiding judge refused the request, which was followed up by Google and Apple requesting the court seal and redact the transcript. The transcript is no longer available, but there's no way to tell if the court made that decision because of Google's request.

iPhone 6s and iPhone 6s Plus users that have dealt with the now infamous battery percentage bug will be happy to know that Apple's currently working on a fix for it. On it's support page, Apple acknowledges the problem's existence, and reassures those affected that it's investigating the cause and a solution. The battery percentage bug occurs when someone manually changes the time on their phone or they change time zones while traveling. The battery's percentage will not update, resulting in people being unaware of how much battery life they have left. If you run into the issue again, but haven't change the time or time zone, you're encouraged to contact Apple Support. Apparently, this bug has been a known issue since last September. Unfortunately, Apple didn't specify when the fix would be available, but one would assume it'll be ready for the public release of the upcoming iOS 9.3.

Reporting a record quarter, but with a catch 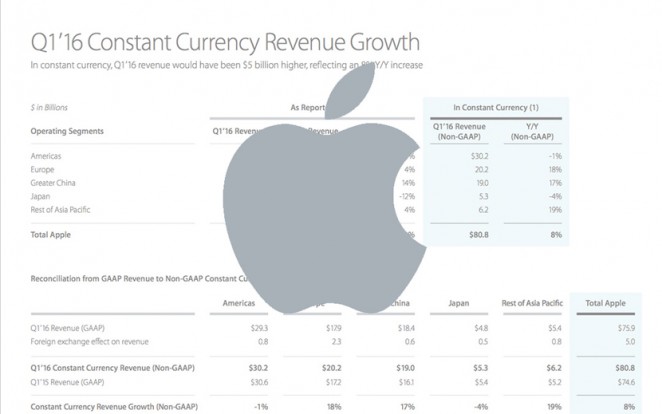 Apple posted some record quarterly results this week, but also warned that a revenue dip could be on the horizon. The company has recorded a record quarterly revenue of £53 billion and a record quarterly income of £12.8 billion. In the same quarter of last year it recorded first quarter net profits of £11.8 billion which at the time were the biggest quarterly profits ever made by a public company. However, Apple is predicting a drop in revenues for the next quarter, saying that it expects revenues of £35-£37 billion. This is a drop from the £40.5 billion revenues it reported in the second quarter of 2015. The revenue warning comes as sales of Apple’s iPad have dropped by a quarter year on year and Mac sales have dipped by 4% over the same period. Sales of the iPhone have also stagnated year-on-year, but the company still sold a record 74.7 million units in the quarter.

Apple’s Chief Financial Officer Luca Maestri, acknowledged the challenging circumstances, stating: “Our record sales and strong margins drove all-time records for net income and EPS in spite of a very difficult macroeconomic environment.” Tim Cook was more optimistic, adding: “The growth of our Services business accelerated during the quarter to produce record results, and our installed base recently crossed a major milestone of one billion active devices.”