Self-lacing shoes are the next 'thing'

Nike has unveiled a new trainer with self-tying laces. Called the “HyperAdapt 1.0,” the actually rather swanky-looking sneakers will be available to buy in time for Christmas 2016, and use a more technical version of the technology used in the Nike Air Mag, the Back to the Future-inspired power-lacing high-tops unveiled by Marty McFly himself, Michael J. Fox last year. The shoes were introduced at the Nike Innovation conference, where it was also announced that, whilst the Air Mags were extremely limited edition, with pairs sold exclusively at an auction to benefit the Michael J. Fox Foundation for research into Parkinson's disease, the HyperAdapt will be available to the general public. The sole catch is that the shoes can only be bought by users of the Nike+ app, with those interested required to sign up for an account and await updates. It's a free app of course, but it still seems like an awkward road block to put in place. The HyperAdapt will come in three colours (white, grey and black), and be sold later this year. No pricing information has yet been provided.

“When you step in, your heel will hit a sensor and the system will automatically tighten. Then there are two buttons on the side to tighten and loosen. You can adjust it until it's perfect” Nike Senior Innovator, Tiffany Beers

I was on the fence regarding whether or not to include this one, not only because of its undeniably salacious nature, but because I wasn't sure whether this could be considered a piece of tech news or design news. Ultimately I figured it was a little from column A and a little from column B so here we are. Anyway, what I'm talking about here is the Crescendo sex toy by the MysteryVibe company, which was actually designed in collaboration with SeymourPowell, so has a definite air of legitimacy behind it. The device promises to be the first truly adaptable sex toy, as it's unique properties and design allow it to be bent into any shape and to vibrate in any way the user desires. If you can pardon the pun, it's very much a “One-size-fits-all” model, which can also be linked to an app so that it vibrates in time to your music. Just make sure you steer clear of the thrash metal. 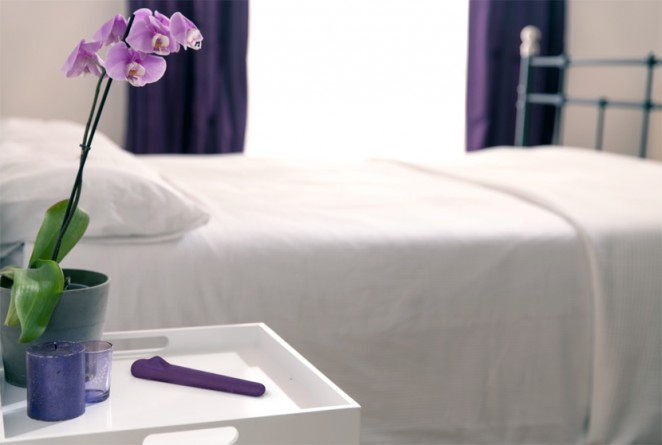 “We didn’t want technology to get in the way of a quickie or longie! So what you see here is something incredibly simple, intuitive and just more fun” Ketan Mistry, Lead Designer from SeymourPowell

Crescendo launched last year on the crowd-funding site BORN, and is now available for pre-order, with a full launch expected next month. The UK-based MysteryVibe team worked with SeymourPowell on the product design, as well as app developer Fueled and the “Sensory experience specialists” (me neither) at CondimentJunkie. The design team, who aspire to be “The Apple of pleasure products” wanted to create something extraordinary in an area that is so intimately personal and yet often overlooked in terms of innovations or advancement. 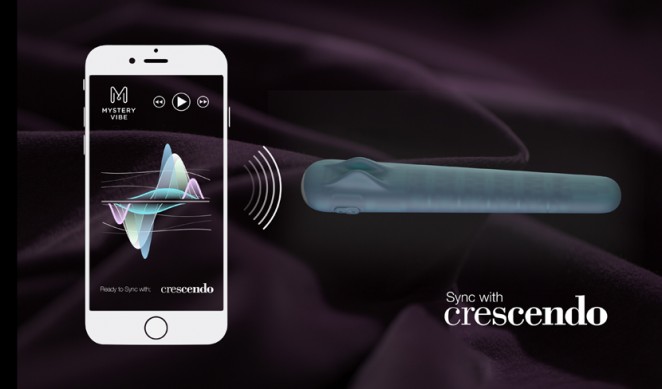 The toy is designed to be totally seamless and can be bent into a number of shapes. It can also be re-bent indefinitely without losing its shape or hardness (ooh err). The sex toy features six powerful , but quiet motors that can be individually programmed through the app. An interface on the app allows the user to create individual vibration patterns for each of the six motors. Because the sex toy is wirelessly charged, it has no need for ports, holes or exposed parts, and is therefore fully waterproof. The battery can be charged to run the toy at “full intensity” for two hours. So. Yeah. 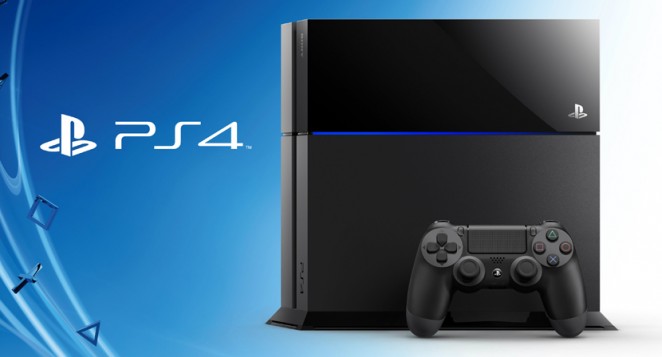 According to recent reports, Sony might be working on a newer, more powerful version of their phenomenally successful PlayStation 4 console. This so-called PS4.5 could include a better graphics processor and support 4K resolution in games, and will also reportedly be better placed to handle the upcoming Playstation VR. Word is that Sony even discussed the potential hardware with developers at GDC 2016. During which the company also revealed the release window and price of PSVR. It's not clear how much the rumoured upgrade will cost, or when it will reach store shelves, but of course it's only rumoured at the moment anyway. In related news, Xbox division head Phil Spencer recently hinted that Microsoft may be looking towards annual hardware, like smartphones, for possible inspiration. In a world where the annual upgrade is becoming the norm this doesn't sound implausible, but part of me also thinks it's a bit of a kick in the crotch to early investors.

When tech hounds across the world (but mostly in American) finally get their hands on the Oculus Rift later this month, they'll receive the headset, sensor, Oculus Remote, cables, an Xbox One Controller and two games (EVE: Valkyrie and Lucky's Tale) for their $600, but they won't be getting the Oculus Touch controllers, which won't see a release until the second half of 2016. According to Oculus co-founder Palmer Luckey, the Touch controllers and the Rift were never intended to debut alongside one another, and a separate launch was always the plan. It would appear the controllers are more of a supplemental part of the experience, which is a shame as they look pretty cool.

“We're going to have a really great Touch lineup later in the year, but we really wanted to focus on the games people have been working on for years with gamepads right now” Palmer Luckey

Luckey justified the decision by saying that Oculus didn't feel the need to force people to buy controllers they might not even be interested in, that are only useful for certain genres, especially when there's a very limited library at launch. Oculus' plan to proceed without tracking controllers is unlike that of the HTC Vive, which launches in April for $800 and comes with a headset, two hand-tracking wireless controllers, two movement tracking and room scale sensors and three games (Fantastic Contraption, Job Simulator and Google's Tilt Brush).

Twitter's current 140-character limit will remain unchanged, despite previous reports to the contrary. Twitter CEO Jack Dorsey appeared on The Today Show on Friday night last week to discuss the social media platform's history and some of its most interesting moments. At a later point in the interview, Dorsey stated Twitter is changing a lot in an attempt to make the platform better, but the 140-character limit users have come to know and love (or at least tolerate) is here to stay. Last August, Twitter expanded the character limit for Direct Messages to 10,000 characters. Shortly after, word began to spread saying the company was looking to make a similar change to Tweets. Twitter was said to be working on a new feature that would allow for longer tweets, and was expected to roll out near the end of Q1 2016. It transpires, however, that these were false rumours.

The Week in Apple 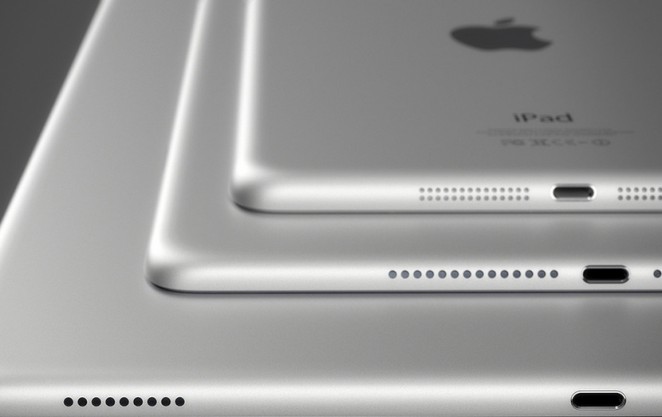 Whilst the next Apple media event is set to take place later today (March 21), the internet has been abuzz over the weekend with rumours, including the price of the 9.7-inch iPad Pro the company is expected to unveil during the event. The smaller iPad Pro model is rumoured to launch with a starting price of $600 for the 32 GB/WiFi-only model. For a higher, currently unknown price, meanwhile, people can get the 128 GB model, which has WiFi and LTE capabilities. Compared to existing hardware, the 9.7-inch iPad Pro's price tag puts it above the 16 GB iPad Air 2, but on par with its 64 GB variation. The base level 12.9-inch iPad Pro that only has WiFi is still $200 more at $800, whereas the 128 GB with WiFi and 128 GB with WiFi and Cellular are $949 and $1,079, respectively. The new iPad Pro will not replace the iPad Air 2, but its predecessor, the iPad Air, is expected to be discontinued soon. The larger iPad Pro and iPad Mini 4 will not be updated during the event, as they only launched last year.

In further Apple news, photo of the iPhone 7 or 7 Plus has emerged, possibly giving the public the first look at the actual phone ahead of today's event. The image first appeared on Chinese website Bastille Post, and shows the phone having a dual-lens camera, though it doesn't sit flush with the rest of the iPhone, as previously rumoured. The iPhone's back antenna band has been removed, and alongside the dual-lens camera is a microphone and an LED flash. Towards the bottom of the phone, there are three dots assumed to be for Apple's Smart Connector. The Smart Connector was first introduced with the iPad Pro, and is used to transmit both data and power at the same time for use with accessories. The folks over at Feld & Volk have created renderings based on the leaked photo, which can be seen above. For more Apple news, be sure to check back with Creativepool over the coming days for our insights on the event.

Benjamin Hiorns is a freelance writer, technology enthusiast and struggling musician from the dark heart of Kidderminster in the UK.