Microsoft use the Super Bowl to show off their Hololens

Imagining the future for NFL fans

Whilst it seems we can't go a week without hearing about similar projects from Sony and Valve, there’s still very little solid information available to the public regarding the Microsoft Hololens augmented reality headset. This week, however, we got our first glimpse into what the company thinks is possible with its technology when it comes to watching sports, with a new spot showing off how North Americans will be watching their football in the future, just in time, of course, for Super Bowl 50.

The first concept highlighted in the video is the use of augmented 360 degree video, with a person shown looking at the TV screen, but with an area off-screen projected onto the walls so you could theoretically turn around and see the entire stadium spread before you. It looks awesome, but begs the question; why do you even need the TV? The second concept is based around gesture controls, which are used to bring up a scale AR model of the football stadium to view replays. People in the video can be seen bringing up analytics and stats about the players, as well as viewing the current weather conditions at the stadium. Again it looks great, but these are just concept videos, and the Hololens itself looks a little daft. Still, it's early days yet.

A marvellous new initiative is raising awareness of how tech can help refugees find aid and education, by presenting its ideas at 10 Downing Street. Techfugees, founded by tech blog TechCrunch editor Mike Butcher in September last year, aims to bring the industry together through a collation of different projects aimed at helping Syrian refugees. The group worked with companies such as Google to develop new technologies and raise awareness of existing innovations through conferences. The group presented its ideas at the Syria Donors Conference last week, where prime minister David Cameron and other world leaders discussed the refugee crisis. This followed the #TechfugeesLIVE conference, which saw a range of speakers talk about how tech could help refugees. Projects that have come out of the non-profit initiative include Google’s Refugee InfoHub, an app aimed at assisting safe travel, RefugeeAidApp, a location aid app used to find nearby resources such as food, shelter and medical care, and GeeCycle, a website and app that enables people to donate old smartphones to refugees, among others.

Butcher said: “Techfugees is about shining a light on technology to make both refugees and NGOs such as the British Red Cross and Save the Children (who have both previously spoken at Techfugee events) aware of resources. It’s the 21st century – it’s a human right to have access to technology or the internet at least. A simple level of communication through Whatsapp or Facebook Messenger is absolutely key to the refugee experience. They have to let their family know they’ve arrived safely.” 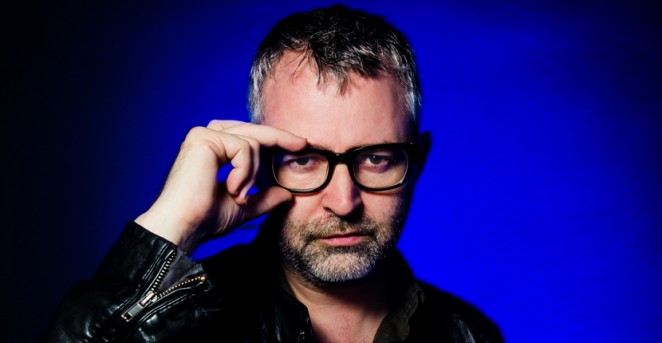 Another app that has come out of the initiative is Migreat; a legal tool to help make sense of the asylum seeking process in Europe. Its founder Joséphine Goube, who has also been involved in curating projects for the Techfugee programme, calls mobile phones a lifeline for refugees, not just for communication, but also in giving them a voice. She said: “Refugees come from places of war and need to speak out their stories on the phone. Also, mobile phones are now powerful tools that can help them fulfil their primary needs of water, food and shelter, along with finding legal advice, education offers and job opportunities.”

Techfugees has thus far focused on mobile and website applications, with some hardware projects such as inflatable incubators and 3D-printed prosthetic facilities in refugee camps. Also in the pipeline is a design-centred initiative, which will focus more on product design solutions and will be co-created with refugees,according to Butcher. He said of the idea: “We want to make a lot of this stuff work offline, that’s the design approach,” says Butcher. “But you can’t design these things without having refugees involved.”

Samsung will reportedly be announcing its new flagship phone on February 21 in Barcelona, with the tech giant having recently sent out invitations to its “Unpacked” launch event, where the Galaxy S7 series will be revealed. It's expected that Samsung will introduce at least two, and possibly three S7 models, including a regular flat S7 and a curvy S7 edge. Similar in design to the Galaxy S6, the Galaxy S7 has slightly more curved edges, with a more pronounced front-facing camera. The Edge is reportedly 5.5 inches, and the regular Galaxy S7 is said to be 5.1 inches. The event comes just before the Mobile World Congress, which will be held in Barcelona from February 22 to February 25. 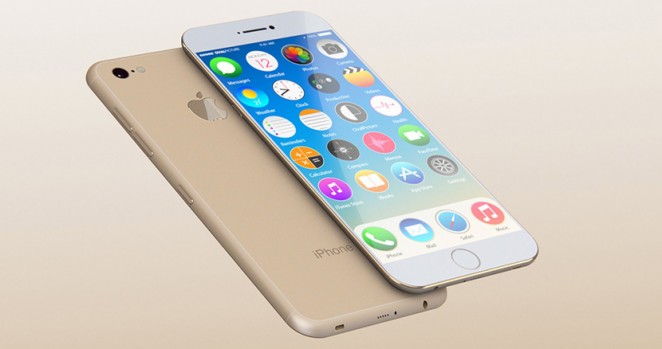 Meanwhile, over in Apple land, it's been reported that the iPhone 7 will closely resemble the iPhone 6 and 6s, save for two changes to its outward appearance, with a slightly new design for the rear-facing camera that will make it flush with the rest of the phone, as well as the removal of the antenna bands across the back. The flush camera is made possible due to a thinner camera module, while the antenna removal will give the back of the iPhone a more consistent all-metal look. The Antenna bands will still be present on the top and sides. There's no word on if the flush rear camera is related to Apple's dual camera patent, or if the thinner phone will still have the headphone jack. Apple is expected to unveil the iPhone 7 in September, as it did with the iPhone 6s and 6s Plus last year. Before then, however, the company is rumoured to announce the iPhone 5se, alongside the iPad Air 3 and Apple Watch 2, on March 15. 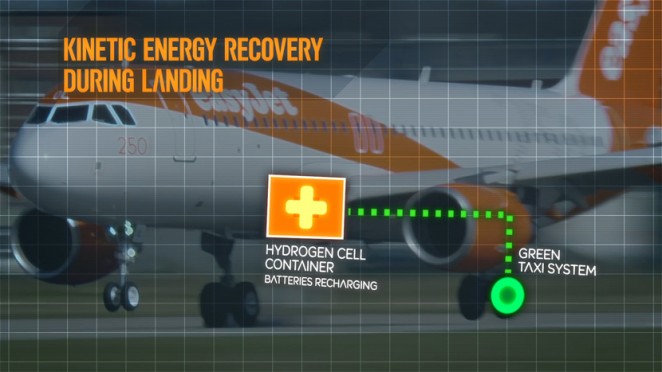 EasyJet has revealed an ecologically friendly design for a new hydrogen-fuelled plane, which would produce water as a waste product rather than harmful gas emissions as part of the company's plans to reduce its carbon footprint by 7% over the next five years with the new A320neo plane. The hybrid plane concept will use a hydrogen fuel cell within the aircraft’s hold, which allows energy to be captured as the aircraft brakes on landing and is then used to charge the system’s batteries when the aircraft is on the ground. The energy can then be used by the aircraft while taxiing on the runway, without needing to use the plane’s jet engines. The system works in a similar way to the kinetic energy incorporated within Formula 1 cars, and was inspired by ideas developed by students at Cranfield University on the future of air travel. 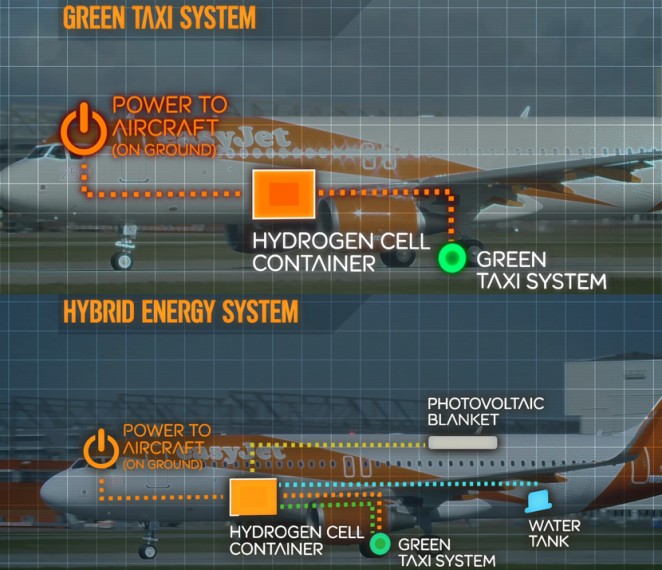 The process would theoretically mean that fresh, clean water would be the only waste product of flight, and this water would be used in the plane’s own water systems. Ian Davies, Head of Engineering at easyJet, said: “The hybrid plane concept we are announcing today is both a vision of the future and a challenge to our partners and suppliers to continue to push the boundaries towards reducing our carbon emissions.” EasyJet hopes the new planes will save roughly 50 million kg of fuel per year, as well as reducing carbon dioxide emissions. The A320neo planes will start being delivered for use from June 2017 onwards, and will be 15% more fuel-efficient than the planes they are replacing.

Nintendo's health initiative could be DOA 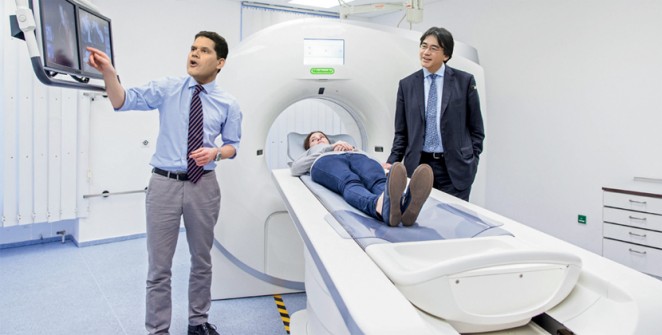 Whilst it pains my heart to say this given that it was an initiative first mentioned by the sadly departed former Nintendo boss Satoru Iwata (a legend in every sense of the word), it appears that Nintendo's ambitious “Quality of Life” health platform might not be going forward. Company President and CEO Tatsumi Kimishima gave a recent update to investors, which suggested that the Quality of Life initiative may be abandoned altogether. He said: “It’s not yet at the level of a Nintendo product. If we can release it, we’ll release it. If we can’t, then we’ll examine things further.” Doesn't sound promising.

“It’s not yet at the level of a Nintendo product. If we can release it, we’ll release it. If we can’t, then we’ll examine things further”

Back in December, Kimishima reaffirmed Nintendo's QOL initiative is still under development, so it's possible we'll still see the long-awaited health platform sometime in the future. That being said though, several analysts believe the company is quietly pushing the project aside in order to focus on the mobile game market and the upcoming Nintendo NX console, which is set to launch at the end of the year. Nintendo originally said it planned to release its first new health-minded device at some point in 2016. At this juncture, however, we'll be lucky to see it at all, which is a shame, as the company's first device to fit into the general QOL ethos was the Wii Fit, and that was a laugh riot!

Benjamin Hiorns is a freelance writer, struggling musician and unrepentant tech nut from Kidderminster in the UK.