The latest advances in the land of VR

They were always going to make an impact on the VR world in a big way, but reports seem to suggest that Google have some pretty ambitious plans, with the rumours stating that the tech giants are building a standalone headset that doesn't require a smart device or computer in order to function. The report follows news that Google has moved around ten employees to a dedicated design team for VR.The tech giant is reportedly building a team that includes Joshua To, a design lead for the apps unit, and former Google app developer Clay Bavor, who has been appointed as VP of virtual reality for the company. 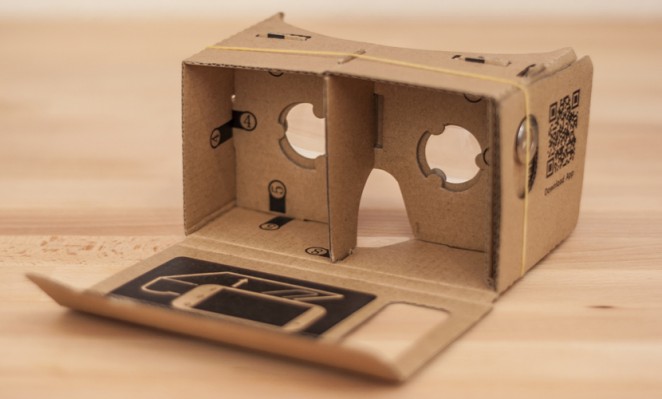 Fellow tech giant and close competitor Apple is also reported to be stepping up its efforts in VR, having acquired the New York-based image-recognition specialist Flyby Media. Apple is also rumoured to have built a 100-strong team of employees to work on VR and augmented reality, having been investigating the technologies for more than a decade. In his recent quarterly earnings conference call, Apple CEO Tim Cook was asked about VR and said: “I don’t think it’s a niche. It’s really cool and has some interesting applications.” So whilst they haven't come flat out and confirmed anything, as far as I'm concerned that's pretty much a confirmation that the company is at least interested in the technology.

In more immediate news; the pricing of the HTC Vive VR set was leaked this week, with various outlets reporting that the high-end device will set users back a whopping $800, a solid $200 more than the Oculus Rift. Pre-orders will begin next Monday (February 29) with shipments set to start in early April, the same general release schedule as the Rift. HTC confirmed the authenticity of both the price and pre-order opening date in a post on their blog in preparation for the Mobile World Congress in Barcelona, Spain. “The countdown has begun and is ticking away toward 10 AM Eastern time on Monday 2/29 at which time pre-orders will open,” the official post reads. Also, early adopters will get two games with the HTC Vive at no cost: Job Simulator and Fantastic Contraption. In addition to being a fully functioning VR headset, the device also includes Vive Phone Services, which make answering phone calls while in a virtual world, as well as other modern phone operations such as text messaging and checking voice mail, possible without needing to disconnect.

Electronics giant LG is also getting into virtual reality from a more affordable angle than HTC, with its first ever smartphone-powered headset. The catch, however, is that the recently announced LG 360 VR will work only with the upcoming LG G5 smartphone. It claims to simulate the effect of a “A 130-inch TV viewed from two meters away.” Whilst it's obvious to draw comparisons between the LG 360 and the Samsung Gear VR, the LG device doesn't attach to the phone via a docking station, but instead connects via a cable. This keeps the device much lighter, with the 360 weighing in at 118 grams compared to the Gear's heftier 318. The LG 360 VR’s displays will have a pixel density of 639 pixels per inch, and the headset will support 360-degree images and videos, as well as any Google Cardboard content. 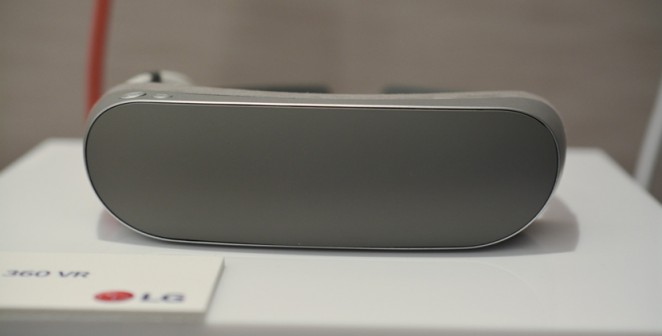 To compliment the 360, LG is also releasing the LG 360 CAM, which features two 200-degree cameras that can capture 360 photos and videos. Each camera has 13MP of resolution and the camera itself will feature a 1,200mAh battery and 4GB of internal storage. You can also expand the storage with a microSD card. The LG 360 CAM will provide 2K video in 5.1 surround sound, which is captured via three microphones on the device. LG has also partnered with Google to enable users to upload their images and videos to Google Street View and YouTube360. These videos and photos can be viewed on smartphones other than the LG G5, so sharing with your friends, and making them incredibly jealous in the process, shouldn't be be an issue. 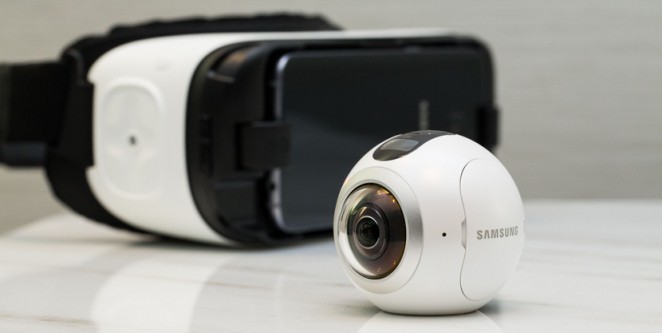 Not to be outdone, Samsung is (of course) also releasing its very own 360 camera to work with its Gear VR headset. The Gear 360 features 2 f2.0 fish-eye lenses that capture video in nearly 4K resolution at 30 frames per second and a microSD slot for up to 128GB, which will get you about 40 minutes of recording time. The Gear 360 can also take 30 megapixel still images. Samsung is making it easy to share footage to Gear VR users and in 2D for non-VR users as well, with easy upload options for both Facebook and YouTube. Of course, the Gear 360 is designed to work flawlessly with the recently announced Galaxy S7, though it will also work with older models.

Finally, virtual reality therapy could help people with depression, a new study asserts. Researchers from University College London and the Catalan Institution for Research and Advanced Studies at the University of Barcelona have discovered reportedly discovered that VR therapy could help people with depression by teaching patients to be “Less critical and more compassionate towards themselves,” which, in return, reduces the symptoms of depression. In the study, fifteen patients with depression received virtual reality therapy for 8 minutes, three times a week for a month. Nine of these patients reported reduced symptoms and four of those nine had a clinically significant drop in their depression. 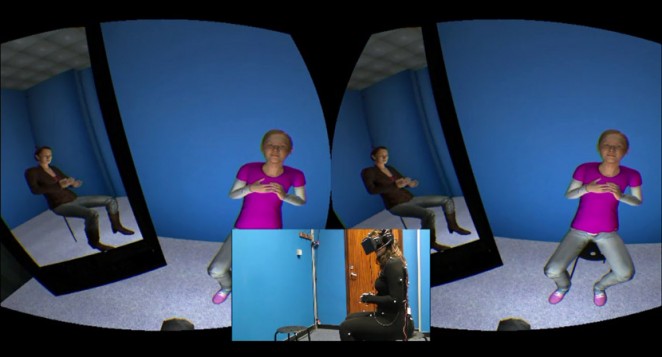 In the virtual reality world, patients were instructed to comfort a crying child. As the participants interacted with the child, it would stop crying and respond to the comfort. After a few minutes, participants swapped perspectives and watched as their former avatar repeated their own compassionate words and gestures to them as the child. Though the small trial cannot exactly prove it works, lead researcher Chris Brewin, said he saw promising results, with some patients describing “How their experience had changed their response to real-life situations in which they would previously have been self-critical.” Researchers will continue to develop this technology, and intend on conducting a larger controlled trial. Co-author Mel Slater said: “The recent marketing of low-cost home virtual reality systems means that methods such as this could potentially be a part of every home and be used on a widespread basis.” As someone who has suffered with clinical depression his entire adult life and has a genuine interest in virtual reality, I'm genuinely enthused by the idea!

Benjamin Hiorns is a freelance writer and struggling musician from Kidderminster in the UK who is waiting for Sony to make their move before he settles on where to throw his VR money.