After two years of lockdowns and entering an unprecedented cost of living crisis, it’s time to make suicide prevention a national priority again, to make the conversation inescapable, ensure action, and prevent suicide.

“The Last Photo," a national campaign from Campaign Against Living Miserably (CALM) launched recently to reshape the UK’s understanding of suicide and equip the UK population to save lives.

Created by adam&eveDDB, who launched CALM’s powerful Project 84 about male suicide in 2018, The Last Photo marks a new king of campaign for CALM – by not only raising awareness of a misunderstood aspect of suicidal behaviour, but also equipping the nation to help prevent suicide - even when the so-called ‘signs’ are invisible.

The true nature of the experience, however, was later revealed via Philip and Holly on ITV’s This Morning, as we learnt that each smiling image is the last photograph of someone who soon after took their own life. Spotlighting the heart-breaking fact that suicide doesn’t always look suicidal.

To hear more about this important piece of work, we spoke to the following creatives behind the project to gain their perspectives on what it means, why it’s necessary and what it hopes to achieve. 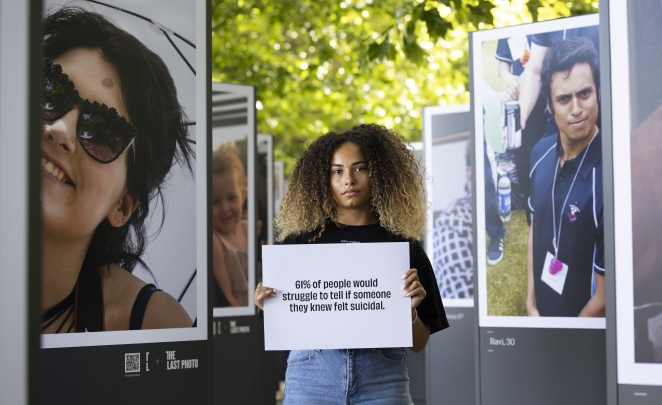 This began as a proactive brief for out-of-home posters that would drive fame for the Campaign Against Living Miserably brand and their reason for being. We also had the ambition to use the opportunity to get suicide prevention back on the national agenda post-covid more broadly, put societal pressure on the government to do more about it and educate the nation about how to prevent suicide

As a combined creative and planning team we talked about the need to be provocative and get people motivated to do something about suicide without the use of statistics, given the nation had been fatigued by two years of covid death numbers that had been part and parcel of everyday life.

In research, we found that 1 in 5 will suffer from suicidal thoughts - it’s way more common that we all care to admit and can affect anyone we know, unknowingly. Our proposition for the creative brief was therefore ‘suicide hides behind a smile’.

At every stage from creation to execution, we had to suppress our instincts to polish and improve. The truth lies within the imagery and the stories behind them. Anything else is fiction.

We’d spent months drafting clever headlines and dreaming of smart media placements, but nothing we wrote felt as powerful as an Instagram post we found from Chester Bennington’s wife in which he was smiling with his kids on holiday, days before the Linkin Park singer hung himself.

At every stage, from print, social, the exhibition to the TV, our dogma was not to show our hand, just to simplify and be respectful. The music shouldn’t lead the viewer, telling them how to feel. The edits shouldn’t feel like edits. The layouts should be sympathetic to the image and unobtrusive. The headlines shouldn’t be headlines.

We minimised copy and exhibition stands, favouring a QR code to lead people to the written and audio stories, as told by those who knew them. Because the stories didn’t belong to us, they belonged to the incredible families and friends of the bereaved. 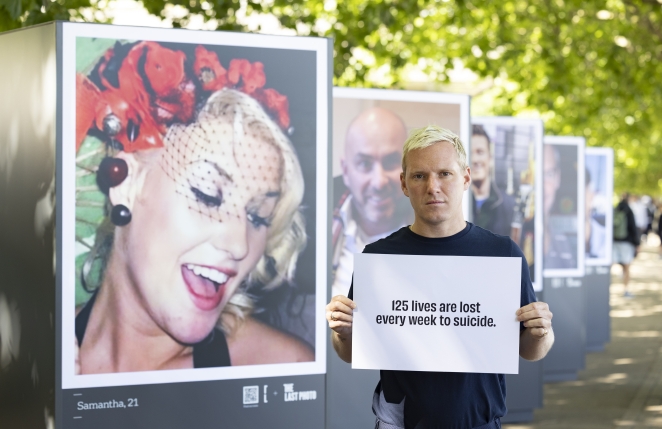 The process was a really unusual one as the participants had to be at the heart of the production process. This meant spending a lot of time with them individually and as a group to ensure they were involved at every stage of production, they understood what was happening with the photographs and footage they had generously donated to us and felt listened to and in control.

We didn’t want to run off with this very emotional and sensitive material and build a campaign without the family approval at every single step. We also needed to design a process whereby if someone was to change their mind about participating, we could be reactive and understanding about this.

This meant designing units with removable panels for the exhibition, and creating film content that could be flexibly produced and re-edited.

The biggest challenge was in the sensitivity of the material, the fact that we were working with user generated content and the complexities around getting legal permissions.

Receiving a beautiful photograph of a father who died by suicide holding his baby daughter, and knowing that his mother who donated it would have to get back in contact with his ex-partner to request permission for the child to be shown makes for very tricky, gentle conversations and so much empathy.

We never put pressure on anyone, and were so grateful for all of the additional legwork and emotional strain some of the friends and  families had to go through for us. I also found it heartbreaking that there were so many people who wanted to donate photographs or footage that we couldn’t include.

Often these were not the Next of Kin, but friends or partners of people who were from ethnic minority groups or the LGBTQIA+ community for whom the stigma around suicide was too much for the next of kin to feel comfortable for us to include them in the campaign.

One notable moment was the final presentation of the film to the families before we went live. Myself, CALM and 27 of the families were on the call, and it was the first time they had seen the final edit with the track.

I think every person on that call cried together. It felt like we had all made something really special, and the families responses, though tearful, were of pride in the campaign. It made us feel that everything we had done was so worthwhile.. 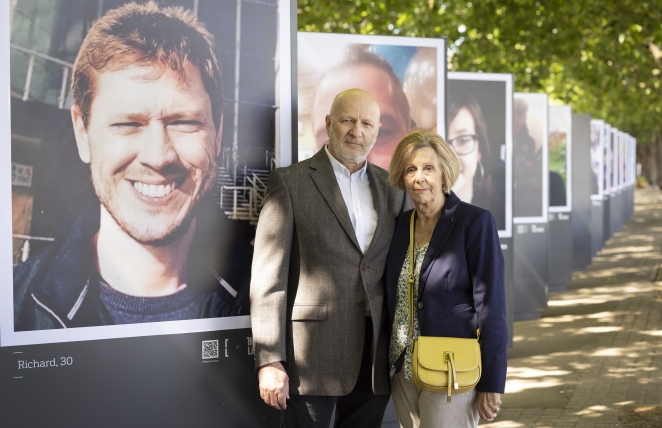 About a year. We couldn’t rush the families involved, and we knew the timing of this message had to be just right.

We're hoping it’ll get everyone to take a minute to talk about suicide. If we can all start one conversation about suicide, together we can save more lives.

Over dinner. In schools. In offices. At the pub. In parliament.  Right across the country. We need to break the silence and smash the stigma around suicide and get everyone talking about it.

Head of Planning: Will Grundy 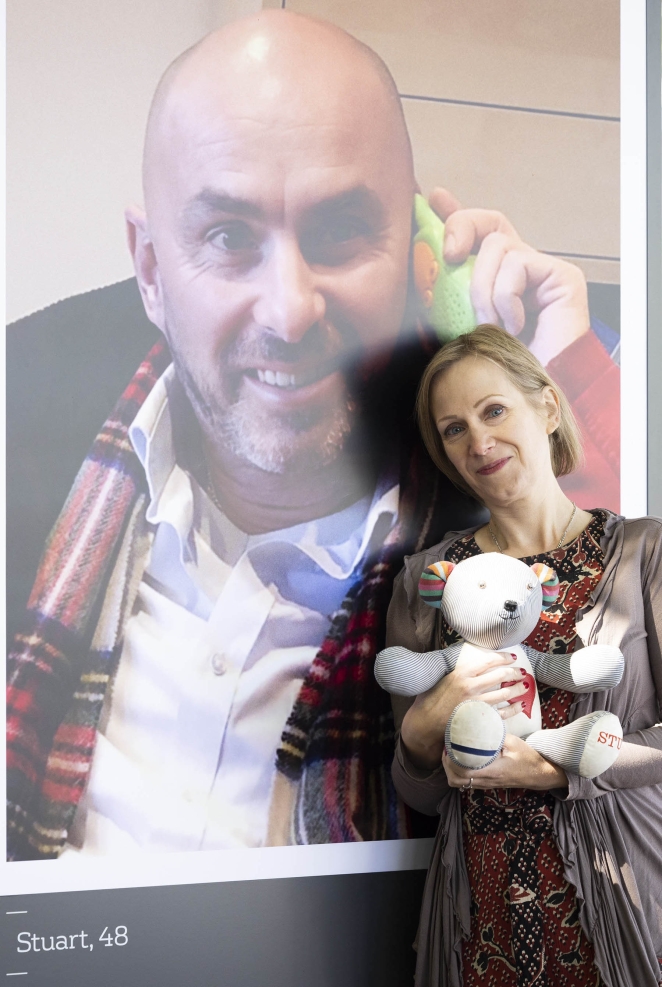 Selling a unicorn and going #BehindTheIdea with Spendesk

European startup Spendesk recently launched its first-ever multi-market brand campaign, putting people and play front and centre to reinforce not only its service differentiation but its people-first company identity. As a newly minted...

Back at it with reviewing aspiring art director portfolios on the channel!

All Roads Lead To Rome

For any business, there is only ONE reason to have a website. That reason is to make money - and even more critical... make profits. If your company has a website, and you cannot tangibly determine whether it is contributing to PROFITS, or COSTING...